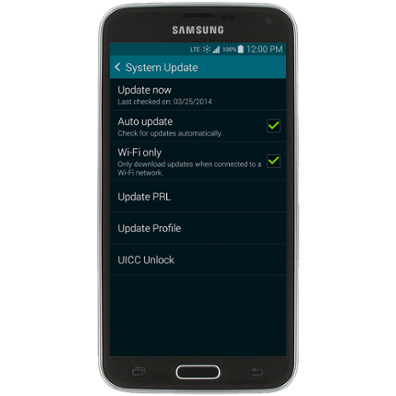 A leaked build of Android 5.0 for Sprint’s version of the Samsung Galaxy S5 recently hit the web and it’s available to those who don’t fear things like a voided warranty and the possibility of a bricked phone. If this sounds like you and you’re looking to breathe new life into your smartphone with a dose of Lollipop, the folks at XDA have a download mirror of the build, but there are a few caveats…

For starters, this is a test build of Android 5.0 specifically for Sprint’s GS5, so don’t expect it to work with any other variant of Samsung’s flagship smartphone. Speaking of the software’s performance, it’s not a finalized retail release, meaning there will be bugs.

That being said, standard phone features like calls and SMS’ are working, which might be enough for some people to deem this ROM usable.

In addition to an early opportunity to install Lollipop on your GS5, this leak is a clear sign that a software update for Sprint customers is in the works. However, if you can’t wait for an official Android 5.0 release and you’re comfortable tinkering with your phone, feel free to proceed at your own risk.