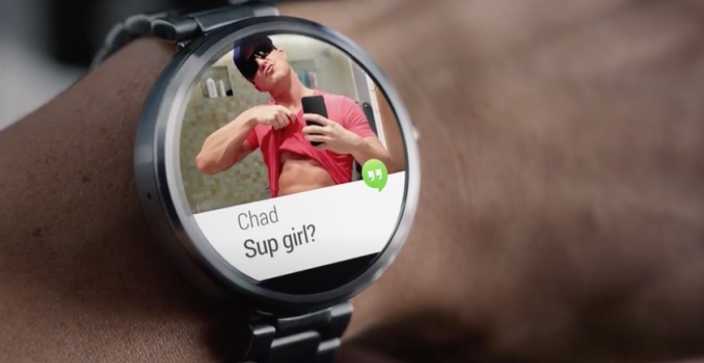 Motorola today revealed a pair of new commercials for its Moto 360. The first commercial, entitled “Businessman” starts out with close-up shots of the Moto 360, highlighting the device’s “craftsmanship” and “style.”  It then, however, cuts to a notification for a takeout order of burritos being on its way from Eat24.

The second ad, called “Pianist,” starts with a musician playing a beautiful piece of music while the narrator touts the “class” and “artistry” of the Moto 360. The pianist then receives a notification on her Moto 360 from an almost shirtless person named Chad who asks if she is still awake.

Now, who knows what Chad is up to, but I can only assume that the pianist would have much rather gotten the burrito notification than the late-night message from Chad. Maybe Chad is going to offer her burritos though. Hopefully Motorola will continue the story in its next set of videos.

The ads are both available to view below: