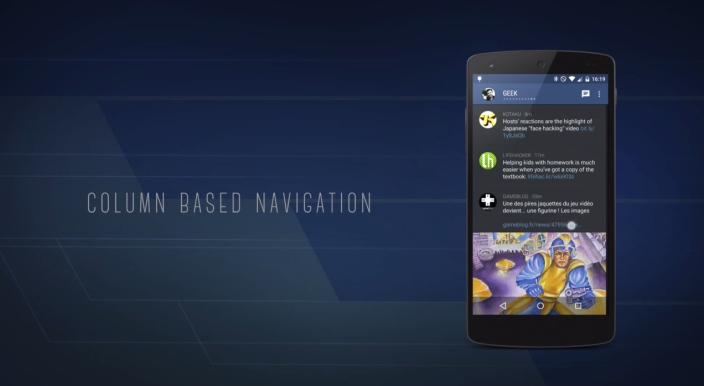 Falcon Pro was one of the most notorious Android Twitter clients for quite some time, but development of the app got pushed aside when it started running into its Twitter API token limits. But the app’s developer Joaquim Verges has now brought it back with the release of version 3, which has been completely rewritten and re-imagined, and packs a gorgeous new dark-skinned Material Design aesthetic.

The app has many features in its current form, including a new column-based navigation that’s familiar to those who use TweetDeck, an inbox that puts all of your account notifications in one place, the ability to tweet from many accounts at one time, and performance improvements thanks to Android 5.0 Lollipop. In theory, this would be the obvious choice for those looking for a better Twitter client.

But in its current version, Falcon Pro 3 leaves much to be desired. The app is completely standalone—meaning it’s not an update to version 2—and while it’s free to download, using the app is most definitely not free. As many other Twitter client developers have had to do, Verges has come to the conclusion that the only way to make the app sustainable is to charge a fee every time the user adds an account. Currently, it’s $3.99 for the first account added and $1.99 for each thereafter.

Also, this version of the app isn’t quite finished. As noted in Verges’ announcement post on Google+, you can’t yet use any of Twitter DM features nor change any settings. Below you can find a complete list of new features in version 3, and a video showcasing them. The app hit the Play Store late last night, and you can download it now.

Since the app is rewritten from scratch. Some functionalities are missing, the main one being DMs which is coming in the next update. But most of the features are here, along with new ones :

– Column base navigation Anything from your timeline to a search to a specific user can be added as a column. If you’re a fan of Tweetdeck like me, you’re going to love this.

– Position holding per column, with a new visual unread indicator

– Multi-account Inbox in side drawer, shows your mentions, RT, Favs and new follows.

– Performances This bad boy is fast.