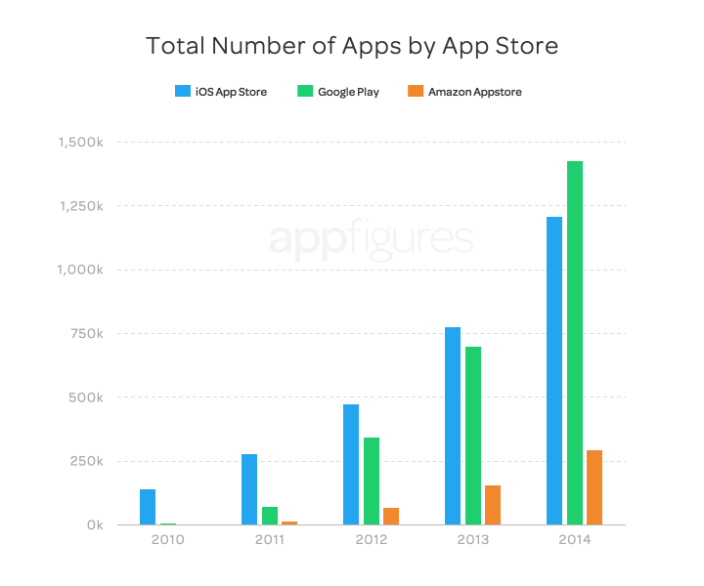 The latest numbers from app metrics tracking firm AppFigures reveal that Google’s Play Store topped Apple’s App Store based on total number of apps and developers for the first time in 2014. Google moved ahead of Apple with 1.43 million Android apps in the Play Store, compared to 1.21 million on the App Store for iPhone, iPad and iPod touch.

While it is easy to crown the Play Store as the winner at the superficial level, it is worth noting that Apple has a much stricter approval process for developers that submit apps on the App Store. Apple even apologizes in its App Store review guidelines for appearing to be “control freaks,” emphasizing its commitment to delivering a quality experience with its products.

Nevertheless, this is an important milestone for Google and further proof that developers have strong interest in Android. The statistics show that Google’s developer community continued to grow faster than Apple’s for the third consecutive year in 2014, with the Play Store distributing apps from around 388,000 developers; there are around 282,000 developers on the App Store. 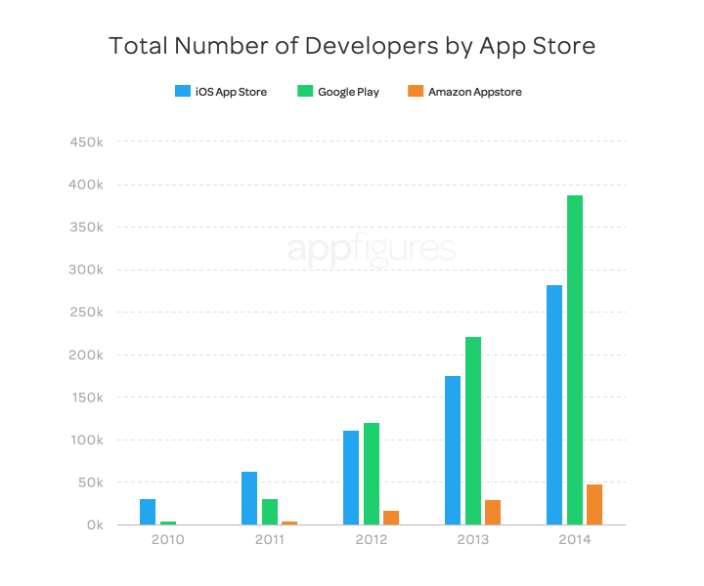 Looking at the larger industry, app development growth continued to accelerate across the mobile ecosystem last year. Google’s Play Store, Apple’s App Store and Amazon’s Appstore all experienced at least 50% growth in 2014, although each in different areas. The fastest growing Play Store categories include games, photography and music, while the App Store is seeing an increase in business and lifestyle apps.

Ultimately, the Play Store is kicking off the new year on a strong note and benefiting from an expanding developer community. Apple also remains a competitive rival with its upcoming Apple Watch release, Swift programming language and larger screens on the iPhone 6 and iPhone 6 Plus, attractive offerings for developers and assurance that 2015 will be another interesting year for apps.