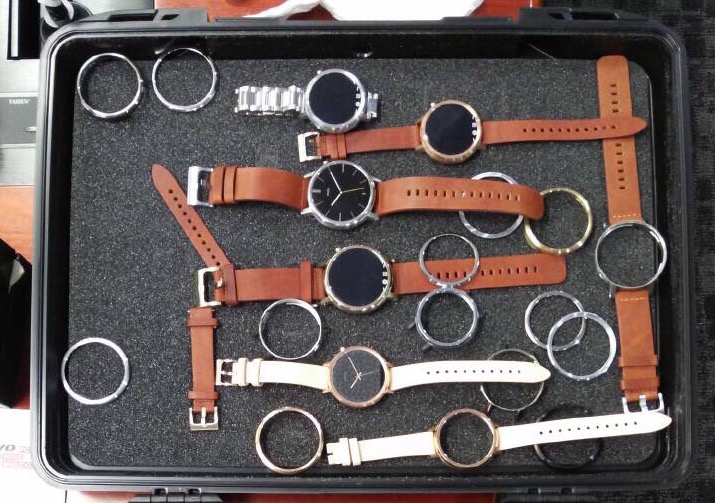 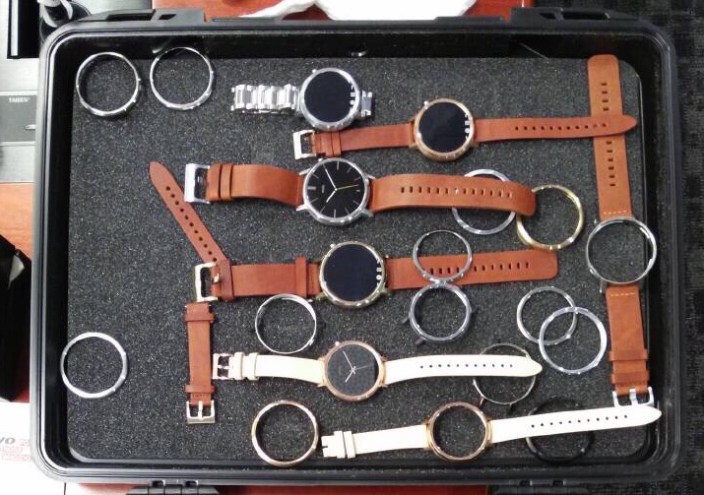 An image was supposedly posted today by Lenovo CEO Yang Yuanqing on Chinese microblogging site Weibo (via MyDrivers), showing what looks to be an unreleased prototype of the Moto 360 smartwatch. It’s not clear whether or not this is indeed an upcoming version of the device (it’s almost surely a prototype), but it definitely looks to be a bit different than what’s currently available…

The image was quickly deleted, but it didn’t take much time for at least one site to catch and repost the image reportedly shared by the CEO. Among many other interesting tidbits to be learned from this image, it looks as if Motorola is experimenting with new colors for the Moto 360 and there are at least two different sizes shown as well.

While the current Moto 360 forwent the traditional-looking watch band lug ends (and has been somewhat plagued by cracking glass due to this), this photo shows several devices sporting them. There is a slew of previously unseen watch bands as well, many of which can be seen in two different sizes. It appears as if Motorola might be working to diversify personalization options for its next Moto 360.

Interestingly, while the casing looks to be a bit different than the current Moto 360, some features of these devices are very familiar. Most notably, they all seem to sport the same much-complained-about “chin” that Motorola says allowed the original 360 to have smaller bezels than it would have otherwise. 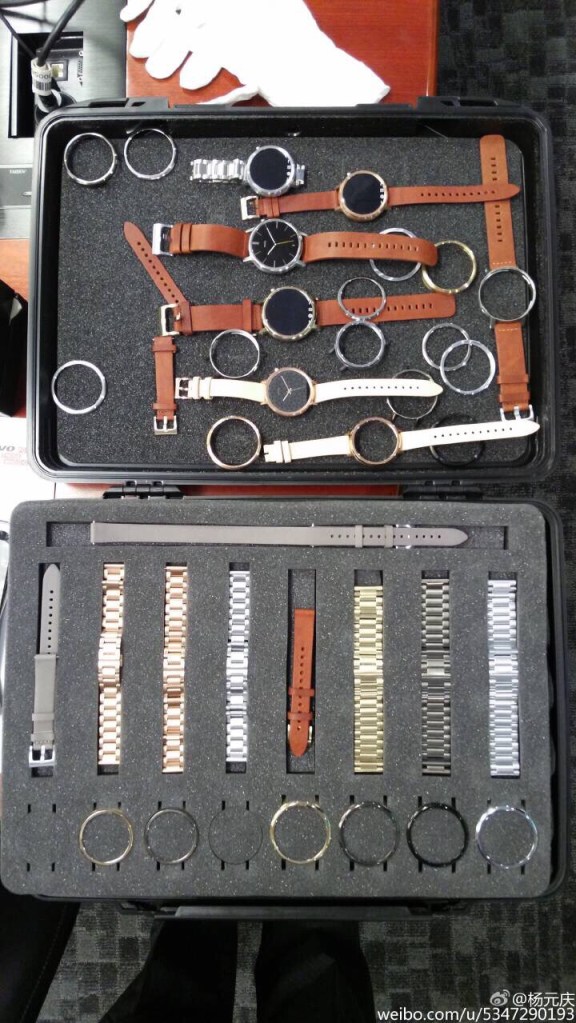