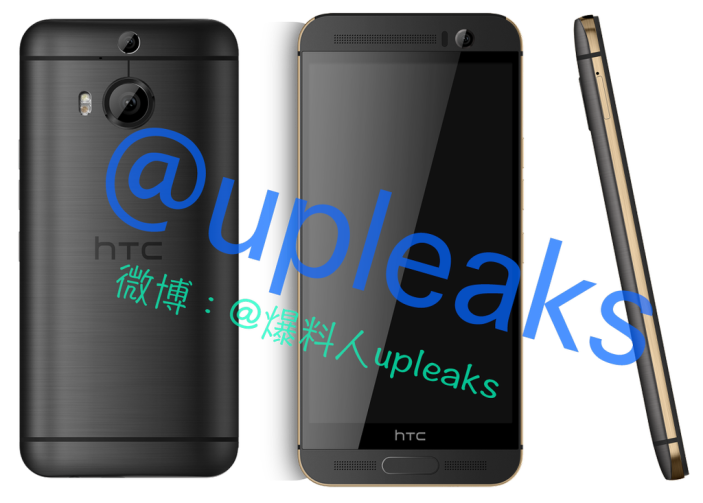 We’ve been seeing a lot of leaked detaills about the HTC One E9 and (E9+) roll out lately, but now we’re getting yet another look at a phone being referred to as the HTC One M9+. HTC sent out invites for an April 8th event depicting a device that hasn’t been officially announced (which is assumed to be this “plus” version of the HTC One M9), but now Upleaks has come out with some new renders of the upcoming smartphone.

Upleaks was the source of many accurate HTC One M9 leaks before the new flagship was shown off earlier this month, and the anonymous Twitter account also came out recently to say that the HTC One M9+ is targeted for sometime in late Q1 or early Q2. Most recently, some images of what seem to be a prototype of the phone leaked, giving us a little but of an idea of what kind of hardware the handset is going to feature.

As far we know, the new phone is going to be running Lollipop on a 1440 x 2560 resolution screen powered by a MediaTek 64-bit processor. Not many more details have been revealed up to this point, but this new render does give us one thing: It looks like the phone will be coming in at least 2 aesthetic variants considering the phone seen on the Chinese event invitation had a silver aluminum back. This model has a black backside and the familiar gold trim.

It’s not clear at this point whether or not the phone will be coming to the United States, but we’ll let you know as soon as we do what the Taiwanese company announces come April 8th. The HTC One M9 itself has had a hard time competing with the Samsung Galaxy S6, so maybe this higher-powered device that appears to have more features—like a fingerprint scanner—will give HTC more of an edge on the competition.