This is Android Wear 5.1.1 running on the LG Watch Urbane (Gallery)

Settings pull-down before and after
2 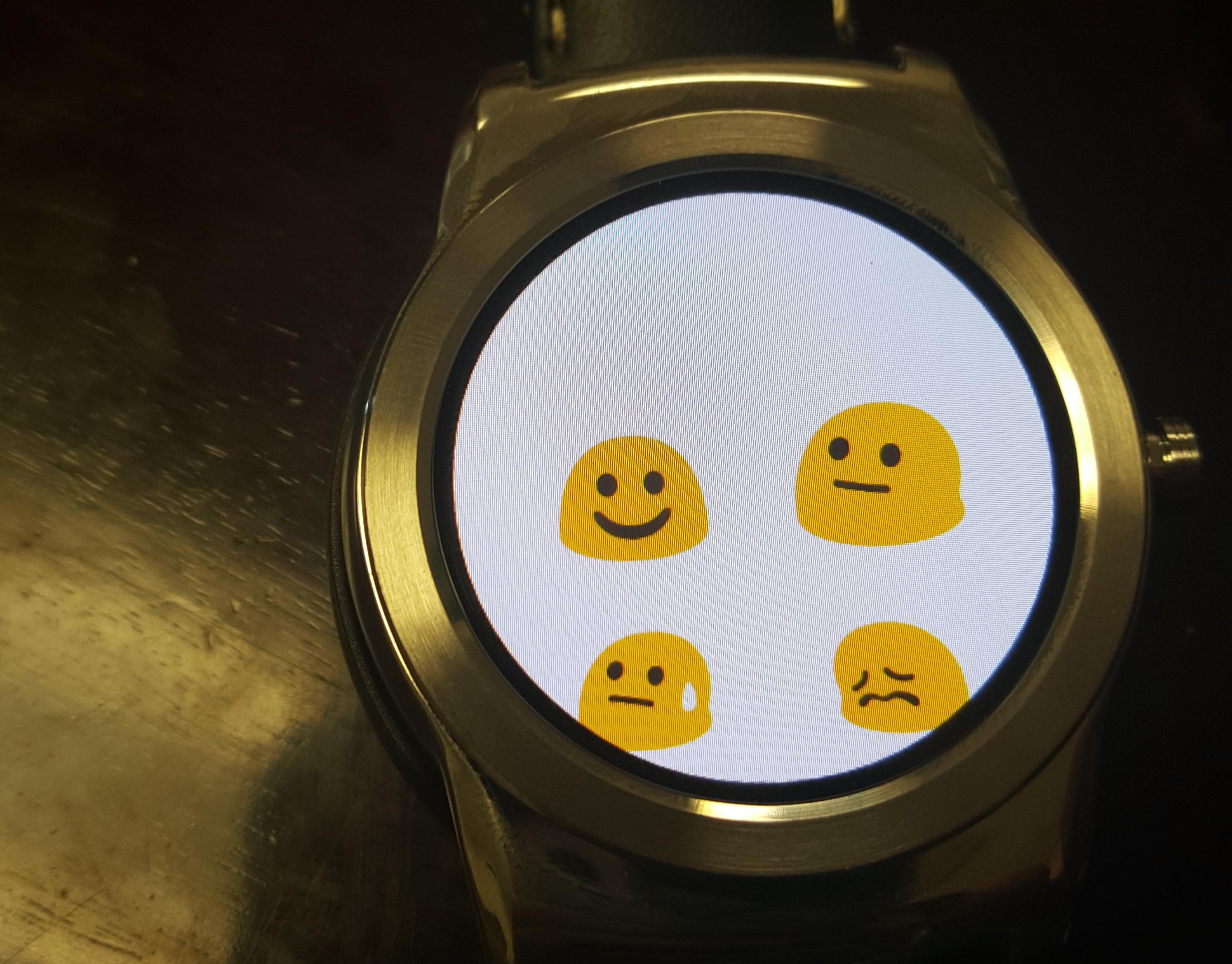 We’ve managed to get our hands on some images of Android Wear 5.1.1 running on the yet-to-be released LG Watch Urbane, and you can find them in gallery below…

As was previously confirmed to be the case by Google, the first smartwatch to get the next major release of Android Wear is going to be the souped-up G Watch R-with-nicer-externals, the LG Watch Urbane. And now that the device has started becoming available in South Korea (and will soon be listed in the US on the Google Store), we’ve managed to snag the first images of the device running Google’s next major Android Wear revision.

Shown in the images below, you can see the new emoji drawing feature, the new app drawer and menu interface, a new pull-down settings shade, and more. Other than a few new looks at things we already knew about, the first thing that we can learn from these images is that Google is skipping version 5.1 to match this Wear release with the latest version of Android, version 5.1.1.

Settings pull-down before and after

The newly-redesigned pull-down quick settings shade is one major change that we didn’t know about previously. As you can see, the main screen has ditched the confusing rotating icons, and replaced them with three simple buttons for the “none,” “priority,” and “all” options. “Sunlight mode” has also been renamed “Brightness boost,” and all four pages have received some nicely redesigned icons.

Also, confirming our previous speculation, you can see screenshots below showing the newly-added ability to choose from several different emoji to use as quick reply via the new emoji drawing screen. Instead of drawing them, tapping the new emoji button at the bottom right will show two columns of emoji to scroll through, with some of the most basic smiles located at the top.

With Android 5.1.1, there’s a new functionality that lets you scroll through your notification cards with the flick of a wrist. As you can see below, in the settings menu, there’s a new option to enable and disable this feature. There’s also a new settings screen for managing your WiFi connection if you have a device that supports standalone WiFi.

Android Wear 5.1.1 is expected to start rolling out to all Android Wear devices starting over the coming weeks, and it comes packing even more features than can be seen in these screenshots. Many devices (but not all) are getting long-awaited WiFi support, always-on screen support for apps, and many more features will be hitting your smartwatch sometime soon.