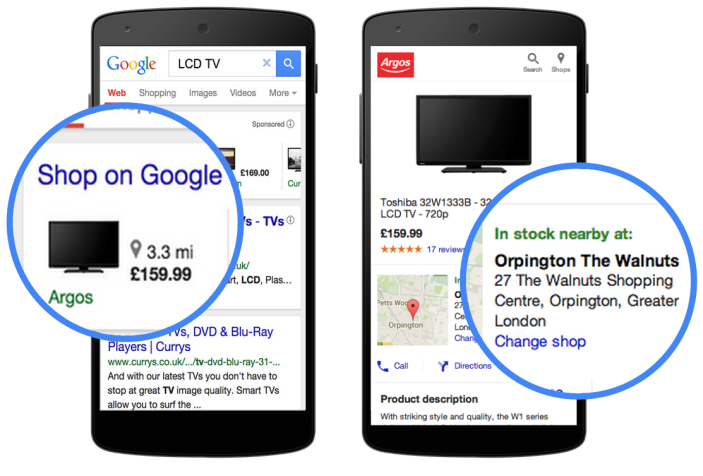 According to a recent report from The Wall Street Journal, while Google is making several moves to make advertising more valuable, the market’s more recent move to larger-screened devices has helped significantly…

The elephant in the room is obviously Apple’s iPhone 6 and iPhone 6 Plus, two devices that entered the market in the fall of last year. Before these devices were released, all of Apple’s smartphone share — which is somewhere in the realm of 40% of all smartphones — was made up of devices 4-inches or smaller in screen size. Ramaswamy, though, declined to give comment to the WSJ on the impact of larger iPhones.

He did, unsurprisingly perhaps, take a moment to mention the company’s recent 5.9-inch flagship, the Nexus 6:

“As phones get bigger the space issue becomes less challenging,” he said, pulling his Nexus 6 smartphone out to show its six-inch display. “This is essentially a tablet. People’s ability to navigate sites and fill out forms and such goes up tremendously.

Google is taking other steps towards tackling the problem of the lowering willingness of advertisers to pay for ads. Another recent recent report from the WSJ suggests that new store data that Google is providing to some retailers definitely helps. Apparently, Google’s data shows that “people who have clicked on mobile search ads spend more money in [Target’s] stores than those who click on desktop search ads.”

Most recently, Google introduced a new TrueView for shopping ad format, which makes it easier for customers to buy products via YouTube video ads. This works across desktop and mobile platforms, and Google is already providing some numbers to prove that it works. Home goods retailer Wayfair apparently saw a 3X revenue increase per impression, according to the Mountain View company.

Meanwhile, Adblock Plus is now pushing an ad-blocking browser for mobile. The war doesn’t end.