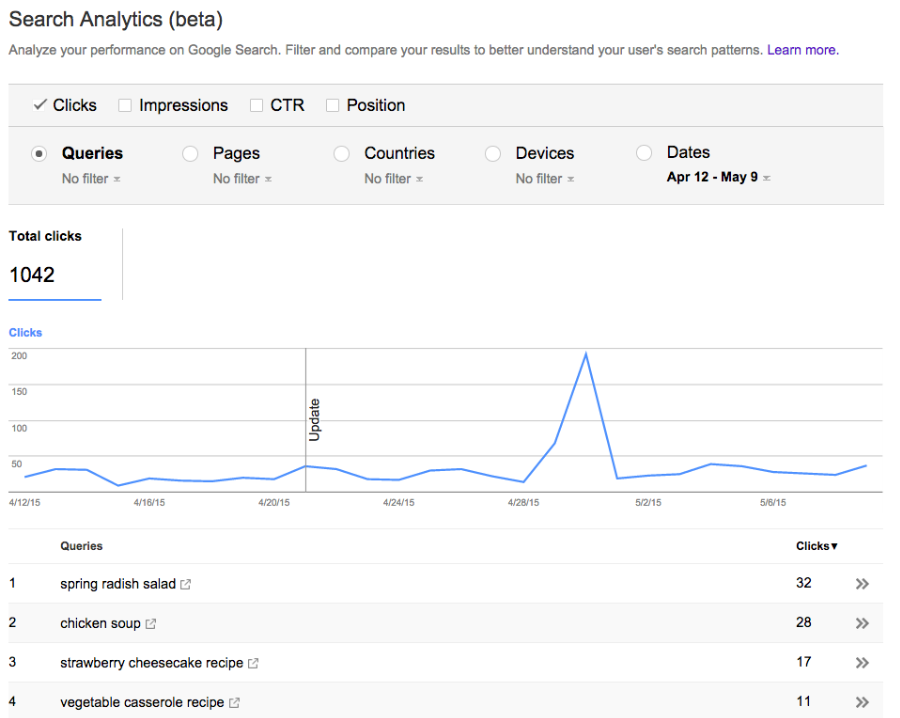 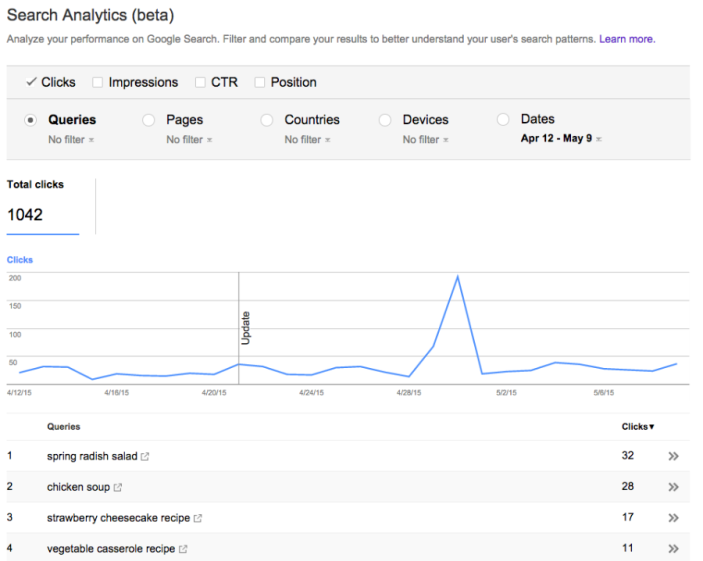 Following the recent rebrand of Google’s Webmaster Tools to “Search Console,” the Mountain View company has now announced that it is introducing new reports to help app developers get better insight into how their indexed Android app is performing in search…

In case you’re unaware, many apps are actually indexed by Google—much like web pages are—and results from within those apps sometimes appear directly in search results. Now, with the latest additions to Google Search Console, owners of these apps can see which parts of their app are most popular in search, which parts might have errors, and more.

The new reports can provide many useful data points, including top queries, top app pages that are being linked to, and a look at your app’s traffic by country. As Google notes:

The new Search Analytics report provides detailed information on top queries, top app pages, and traffic by country. It also has a comprehensive set of filters, allowing you to narrow down to a specific query type or region, or sort by clicks, impressions, CTR, and positions.

To add your app to search console, all you have to do is open it up and enter your Play Store app name in this format: android-app://com.example. Google notes that only authorized app owners will have access to these analytics, so you need to make sure you’re using the same Search Console account as the one that’s connected to the app listing on Google Play.