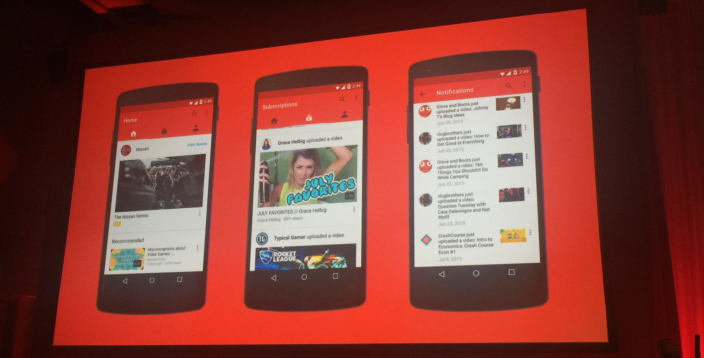 YouTube CEO Susan Wojcicki just stepped off the ballroom stage here at the 6th annual VidCon, the four day convention evolving around all things web video — although it takes some real effort to see past the hoards of teenage fandom. What she had to say was, well, a lot of what we already know about YouTube past, present, and future. The highlights? A “mobile, mobile, mobile” strategy starting with a new mobile app designed from the ground-up based on community feedback, even more tools for creators to make their lives easier and bring them closer to their audiences, and virtual reality.

Before Wojcicki even stepped on the stage, though, we got to see a bevy of interesting stats cycle through on the main stage projectors — namely, ones which serve to reinforce YouTube’s importance even while other players have begun to nip at its heels and take over a growing size of the mobile video space, and the convention floor itself. My favorites were the jabs at Facebook, courtesy of Tubular. One said, “Video rips constitute 72.5% of the top Facebook video content in May 2015.” Another: “Facebook owns day 1, but YouTube owns the long-tail! 50% of Facebook views came on day 1 vs. 20% of YouTube views.” 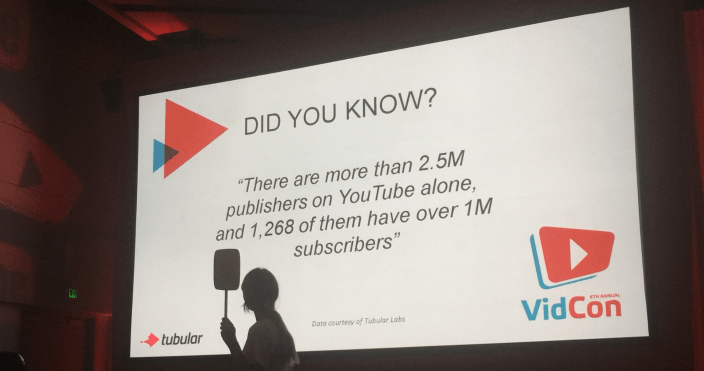 Wojcicki’s address began by reminding all the old fogies in the room what YouTube is all about, why all these teenagers have flooded Anaheim to see their favorite web video stars, most of whom are unknown outside of that young demographic and who are only just touching the mainstream media. Wojcicki attributed the platform’s success to the shifting entertainment desires of younger generations: closer, more intimate connections to the people behind the content as well as anywhere, everywhere, on-demand availability. “The social natural of online video is inherently changing what it means to be a celebrity,” Wojcicki said. According to a study YouTube re-commissioned in Variety this year, eight out of ten of the most popular celebrities among teenagers in 2015 are, you guessed it, YouTube stars. Last year that number was six out of ten.

Wojcicki then shifted her talk from the present to the future, saying (enthusiastically) that going forward YouTube has three main priorities: mobile, mobile, mobile. “Today we are a mobile company,” she said. Revenue generated from mobile has increased 100% year-over-year, more than 50% of all views and time spent watching videos on the platform now come from mobile, and with the launch of YouTube Kids earlier this year, its dedicated app for child-friendly programming, the top 100 creators in the family genre saw their watch times increase 80% faster than the rest of YouTube. 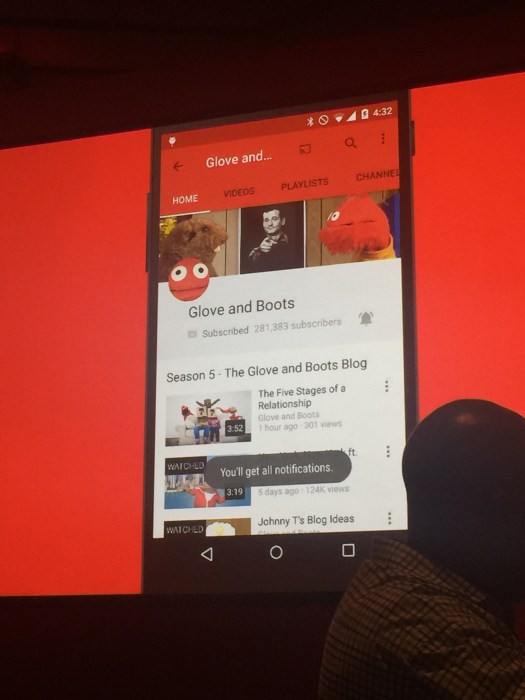 That sort of single purpose-based app experience won’t stop with YouTube Kids either, with the recently announced YouTube Gaming launching soon (a more specific date wasn’t announced, but with its launch the steps involved to starting a live-stream will be brought down to 3, from the current 12) and Wojcicki saying that “othercommunities want specialized experiences,” potentially hinting at more of these dedicated apps on the horizon. In particular she went on to mention music, saying that YouTube would take its learnings from Gaming, Kids, and Music Key to “significantly improve the music experience.”

Beyond specialized apps, Wojcicki also showed off the redesigned main YouTube app we’ve been seeing show up in (ostensible) tests rolled out to small sample sizes of users, and that we heard details about in a recent YouTube Creator Preview video. “We’re working hard to make the best mobile experience ever,” she said. That includes two highly-requested changes to benefit both viewers and creators alike: better visibility for subscriptions, and a simple way to opt into notifications from individual channels. With the new app, creators’ new videos aren’t buried inside a slide-out drawer, and viewers can know instantly when a video from their favorite creator goes live.

Wojcicki took a bit less time to talk about its Project Jump virtual reality initiative, lumping it in towards the end of her address with an announcement that the company will be opening two more YouTube Spaces in 2016. YouTube Spaces are physical places around the world where creators can attend workshops on how to improve their videos, take advantage of fully built studios with production lighting and equipment to film their own videos, or just hang out and mingle with other creators. The two new spaces will be in Mumbai and Toronto, and soon all Spaces throughout the world will be outfitted with Jump cameras, so that creators without the financial ability to purchase the equipment will still be able to create these “truly immersive virtual reality experiences.” Wojcicki says these initiatives are part of YouTube’s efforts to do “anything possible to help creators make innovative, interesting content.” In that light, the platform will soon support 360-degree video in 3D, for an even more immersive experience. As mentioned in the aforementioned Creator Preview video, 3D support will be rolling out to mobile shortly. 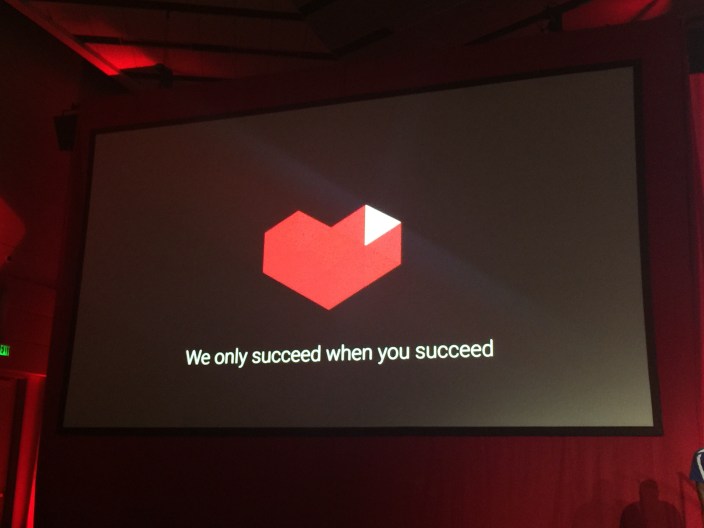 Everything discussed during Wojcicki’s keynote was really centered around making creators happy. “YouTube succeeds only if you, our creators succeed. You’re all the reason we’re here today.” For context, the room she was speaking to was exclusively accessible to press and those who paid the premium for “Industry” track tickets, or tickets meant for those involved somewhere in the video creation process. “YouTube’s strategy will always be the same, to invest in you the creators.”