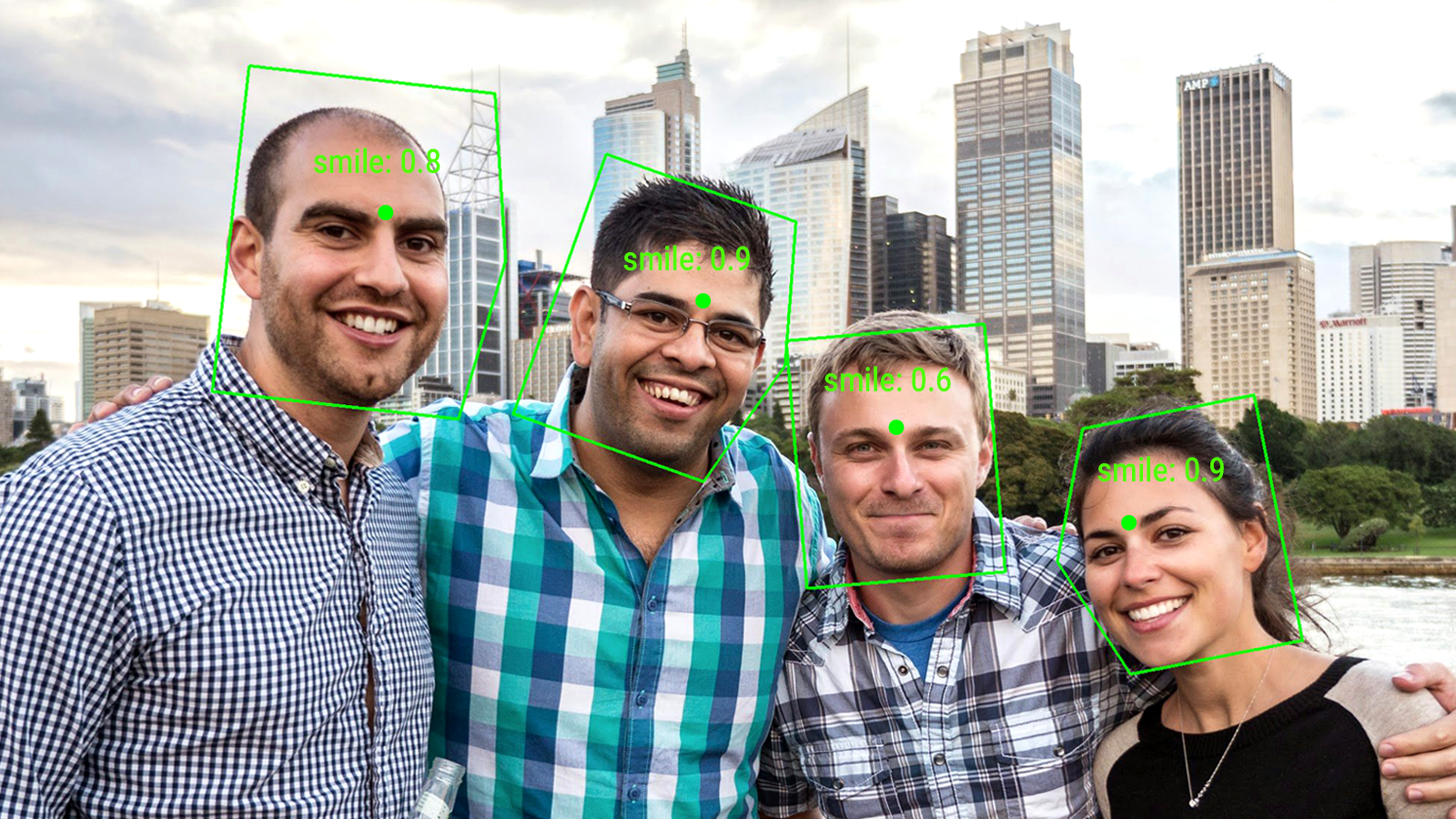 Google has today completed its roll-out of Google Play services version 7.8, the package of app tools and APIs that Google manages and which make it stand out from those who use the open source version of Android to create their own mobile platforms. With version 7.8 comes some new technology that will make it easier for developers to recognize when you’re smiling into your Android device’s camera.

Mobile Vision is actually a set of two APIs — the Face API and the Barcode API. The latter is simply a way to recognize barcodes in any orientation (so you could scan it sideways), and to recognize multiple at once. What’s more interesting is the Face API, which “allows developers to find human faces in images and video,” according to Google’s blog post.

That’s nothing new, with accurate facial recognition and smile detection already present in many products and online services. The Face API, however, can also find facial landmarks like the nose, eyes, and mouth, and then keep track of their shape and position — even in video. Using the API, multiple people can move around in a video and the developer will still be able to keep track of which mouth goes with which person, and also tell whether or not a mouth is smiling or an eyelid is open, for example. Like the Barcode API, faces can be in view of the camera in any orientation — upside down, right-side up — and it will still be able to detect them.

Google notes, however, that this technology is facial detection, not facial recognition. The Face API “makes inferences based on the position and motion of the face(s) in a video sequence,” according to its documentation. Still cool nonetheless.

Photography, gaming, and hands-free interfaces are three examples of application types that may be able to find immediate uses for this technology. One obvious example I can think of would be waiting until everyone in frame is smiling to snap a picture — you always have that one grumpy kid who just wants to frown and ruin a good family photo.

The other notable addition to come with Google Play services 7.8 is Nearby Messages, which we learned about during the unveiling of Google’s Eddystone beacon technologies. Here’s what I wrote about it at the time:

Nearby Messages (which will be included in Google Play services 7.8 and available on iOS soon) through the use of Bluetooth, WiFi, and inaudible sounds (as used in Chromecast and Google Tone, for example) can establish proximity between devices (i.e. Android devices, iPhones, beacons). Once it’s established that two devices are nearby, the API is ready to send messages (i.e. files, pictures, whatever else) between the devices in a way “that’s as frictionless as a conversation.”