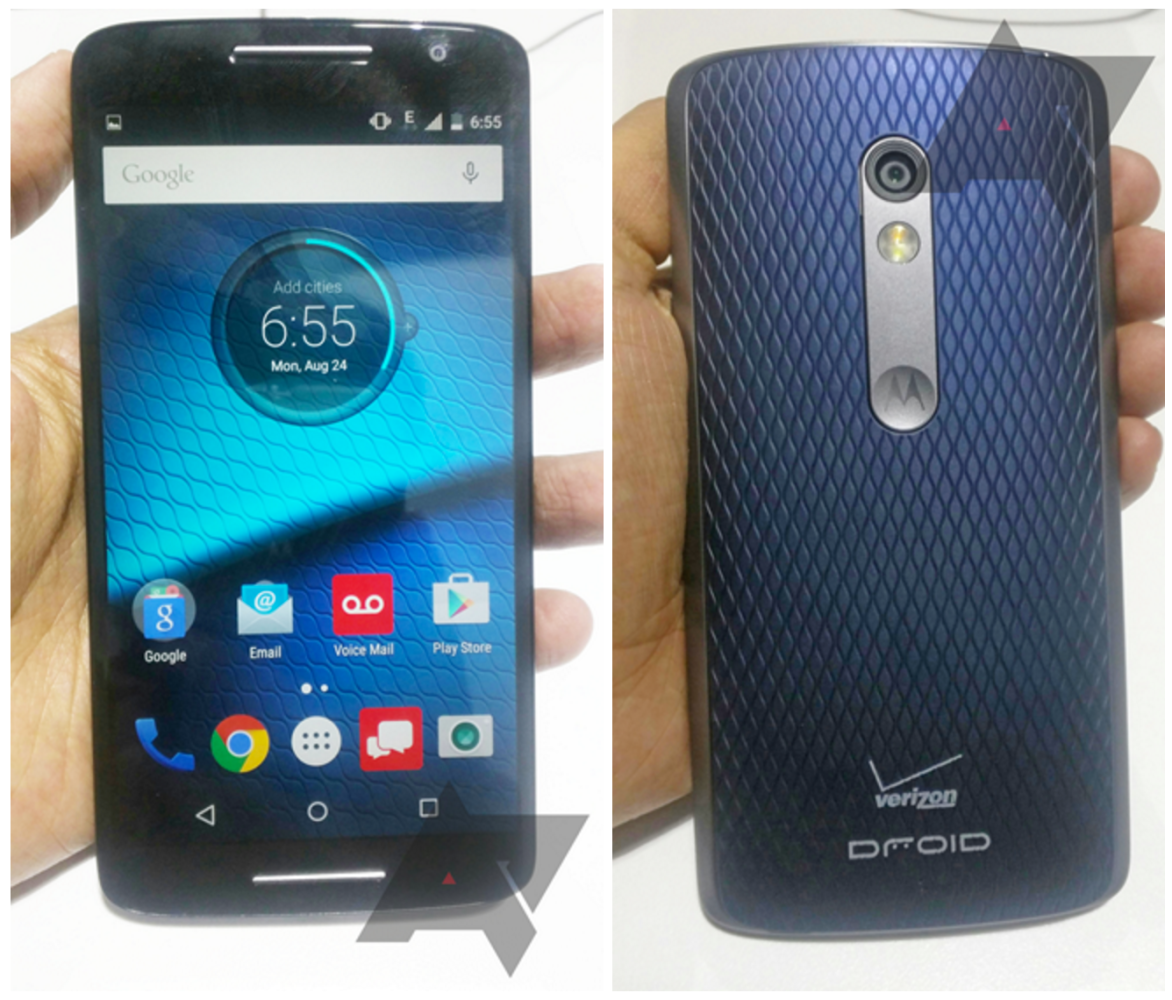 New images are circulating around the web this morning of what is purportedly Verizon‘s yet unannounced DROID Maxx 2 smartphone, believed to essentially be Motorola‘s new flagship Moto X Play rebranded for the “Big Red” carrier. Motorola has been the manufacturer behind most of Verizon’s DROID line of smartphones.

Both Android Police and Droid-Life received these images today, the back covers pictured matching those we saw yesterday from hellomotoHK. This time, however, we get a closer look at the whole phone including the front and the back with the cover removed.

Worth noting here is that traditionally, new Verizon DROID smartphones come shortly thereafter Motorola releases a new flagship device. And while they typically sport similar specifications and advantages like significantly increased battery life, they also usually diverge away from each other in terms of design (i.e. sharper corners, weave design back cover) and features (i.e. Verizon has its own custom Android widgets).

This time, the purported second iteration of the DROID Maxx — a line promoted heavily for its large battery capacity, something the Moto X Play also has — looks tremendously similar to the Moto X Play, sold internationally under that name.

Aside from the image above showing off the front and back, which only differ in the added Verizon/DROID branding, here’s a comparison of the backs of both the Moto X Play and this purported DROID Maxx 2, with their covers removed (Maxx 2 left, X Play right): 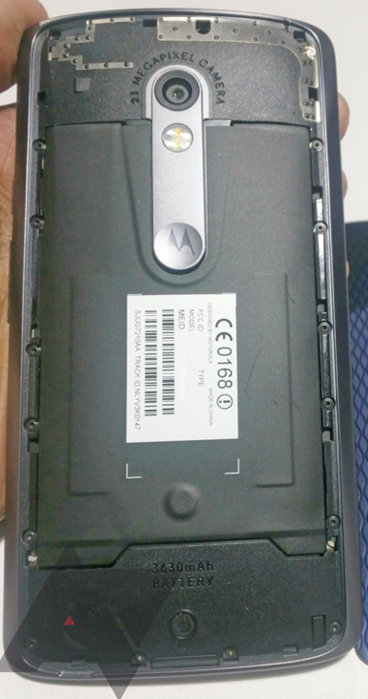 According to Android Police, the top-line specifications are even the same between the two devices: Snapdragon 615 SoC processor, 5.5-inch 1080p screen, 2GB of RAM, 21MP rear camera, and a massive 3630mAh battery. Looking further at the internals using an app called CPU-Z, AP found that the phone is marked for “8.14GB” of internal storage — the X Play is offered by Motorola in 16GB and 32GB storage capacities. It’s unclear why Verizon would offer an 8GB model as this storage capacity is frowned upon these days, but there should still be a microSD slot for expanding that.