Review: Google’s Nexus 6P is a solid smartphone worthy of your money [Video] 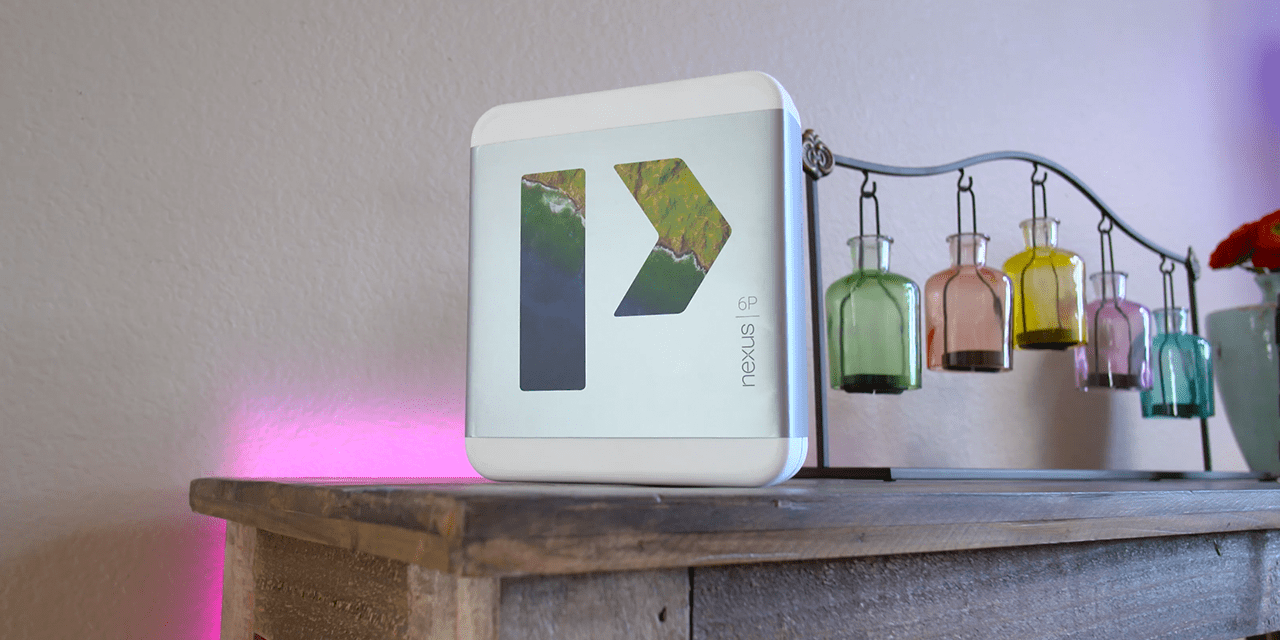 This year Google decided to change things up a bit and release not one, but two new Nexus devices, with different builds, and different price points to satisfy a wider range of people. So there’s the LG-made Nexus 5X that starts at $379, which I recently reviewed, and then we have the Huawei-made Nexus 6P that starts at $499. These two options aren’t very far apart in terms of pricing, but the difference between them is pretty significant in a few areas…

So here’s the story with the Nexus 6P, at least in the specifications department. Around the front we have a 5.7-inch AMOLED display with a resolution of 2560 x 1440 covered by Gorilla Glass 4, and hot damn does this thing look crispy. Pushing those pixels is a Snapdragon 810, Adreno 430 GPU, and 3GB of RAM. There’s also a 3,450 mAh battery and 32GB of storage in the base model (unfortunately no expandable storage here though). None of this is a major jump over the Snapdragon 808 and 2GB of RAM in the Nexus 5X, but 3GB of RAM in the 6P is definitely a winner in my book.

Unlike the Nexus 5X, the 6P ships with dual-front facing speakers which are pretty amazing. They sound fantastic and really add to the media experience when combined with the sharp display. There’s also an LED notification light located in the top left corner, unlike the 5X which has it placed in the lower speaker grille. This is the entire package right here and should really be on every smartphone in existence.

Check out our Nexus 6P unboxing and review video below:

As far as build quality goes, the Nexus 6P is rock solid. There’s an aluminum body finished off with chamfered edges that really feels great in the hand, though can be a little slippery at times. Seriously, I feel like I’m going to drop this thing constantly because the nice weight of it combined with the slick aluminum really adds up to be a dangerous situation. I’d definitely recommend getting a case or a skin to add some grip. 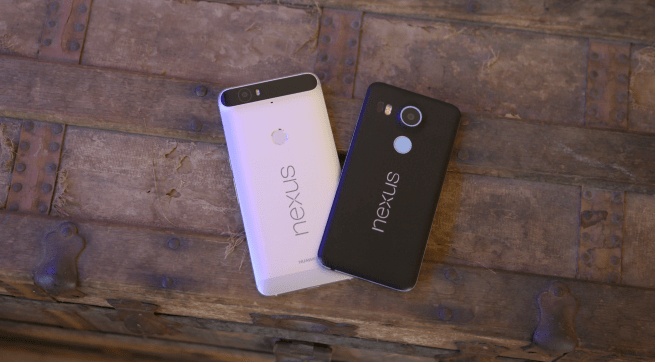 Compared to the plastic build on the Nexus 5X, this is miles better and well worth the 120 bucks or so you’ll spend to make the jump from a base model. Unless you need a smaller screen or want to save the cash, there’s no reason to buy the Nexus 5X with this as an alternative.

The Nexus 6P is running Android 6.0 Marshmallow and just as Google intended it to be. There’s no bloatware, third-party apps, or any other crap installed that would tamper with the buttery smooth experience here. It’s one of the smoothest Android devices I’ve ever used. 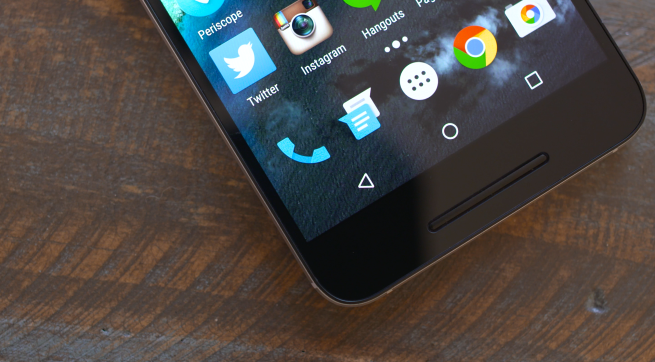 Marshmallow is somewhat of a minimal update in terms of design, but comes along with a few helpful features that I mentioned in my Nexus 5X review, but one of my favorites is Now on Tap. When you hold down the on-screen home button, Now on Tap will scan your screen for various tidbits of information and pull down results from the Internet. It’s pretty helpful, but nothing that’s going to be exclusive to just Nexus devices.

This is by far, one of the best Android performers you can have. It obviously falls short in the third-party customization department, but that’s the point. This is for purists and those who prefer an unadulterated Android experience. 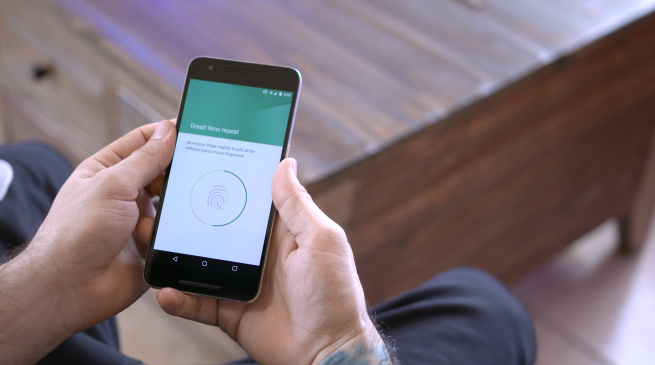 Fingerprints can be managed within the Settings app and are extremely quick and simple to get set up. It’s pretty damn fast as well. This thing works like a boss all around and is perfect in combination with Android Pay. I’m a big fan all around.

I’m sure by now, you’ve noticed that weird little hump on the back near the top right? If you were wondering what the Hell that was, it houses the camera, dual-LED flash, and sensors. It’s quite the eyesore in my opinion, but at least it’s made of glass and not plastic, which could be bad depending on if you ever drop the phone. Anyway, here we have the same 12.3-megapixel Sony sensor found in the 5X which works pretty great. Photos are crisp and clear, it’s decently fast, and the HDR+ mode works excellent. Without HDR, the camera does tend to blow out highlights in some conditions, but overall I’m pretty happy with the performance here. It’s not the best camera you can get, and I’d still give the win to Samsung’s Galaxy Note 5, but it’s definitely good enough.

Check out the camera gallery below:

There’s also a pretty nice 8-megapixel selfie shooter, but not something I’ll use very often. Either way it’s a nice package overall in the camera department. Check out the gallery above if you want to check out all of the full resolution photos for yourself.

We also have the ability to shoot up to UHD resolution video with the Nexus 6P, and unlike the 5X, there are some stability options packed inside. There’s no optical image stabilization, but we do have electronic image stabilization during video recording, which definitely helps smooth things out a lot. Along with that, there’s the option for either 120 or 240 frames per second slo-mo video at 1080p resolution as well.

As for battery life, the Nexus 6P definitely outperforms the 5X, but not by much. I’m able to get through the day with about 4.5 hours of screen-on time. It charges up with a USB Type-C cable and power adapter and also takes advantage of fast charging technology. And just in case you need to sync things up with a computer, there’s also a USB-C to USB cable included in the box. Mashmallow’s Doze feature drastically decreases battery consumption during standby as well, which is very helpful. It’s not crazy amazing battery life, but measures up to other phablets we’ve seen this year and likely will be enough for most people.

This is an awesome phone. Plain and simple. It’s fast, fluid, with a dope display, power under the hood, epic build, and most everything you would want from a flagship smartphone. It undercuts a lot of the market with its $499 price tag and will not disappoint you. Don’t buy the 5X, save a little cash and get this. You won’t regret it.