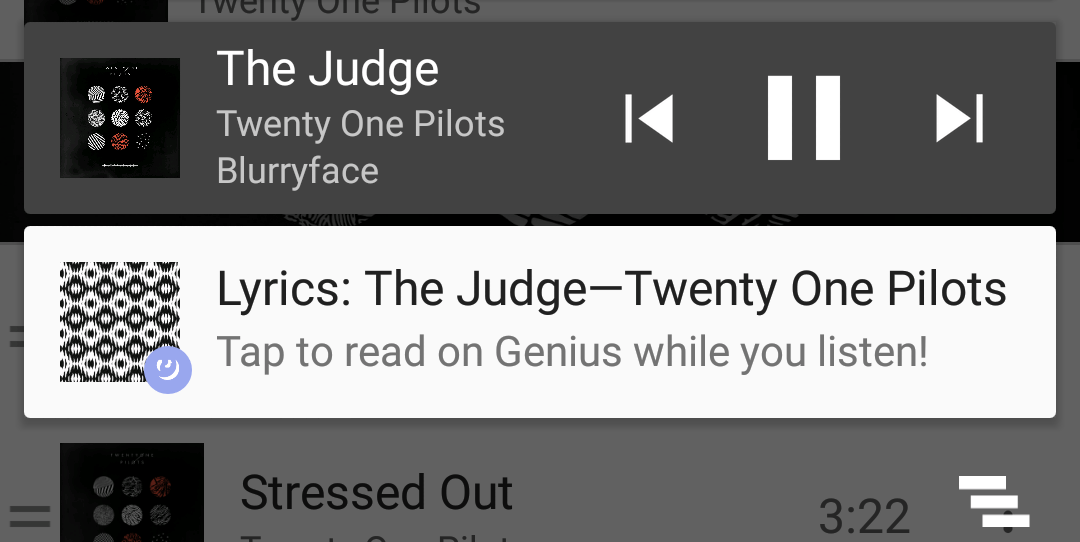 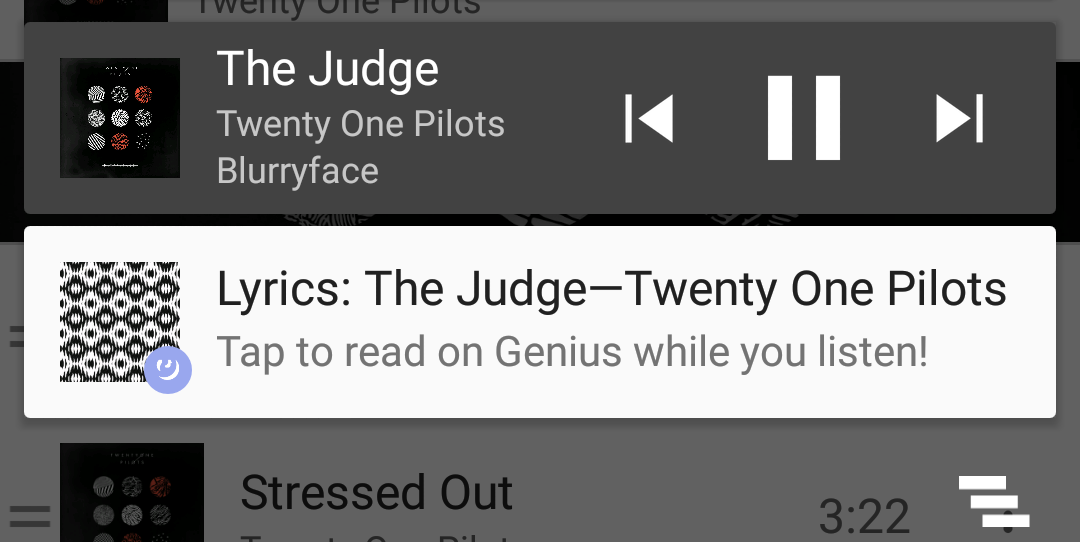 After Rap Genius rebranded to just plain ‘Genius’, their mission expanded beyond one genre of music to annotating every piece of text in the world. However, they still maintain a vast and up-to-date collection of music lyrics. An update to their Android app recently added the ability to know what song is playing on your phone and display the accompanying lyrics.

The feature perfectly encapsulates Android’s openness by allowing apps to see what others are doing. In this case, the Genius app can read the notification of the media app that is currently playing audio in the background. One of the app’s developers took to Google+:

It’s easy to slam the media APIs as an example of what’s wrong with Android. We implemented our “song listening” three different ways, to support only back to API 16. At the same time, they show what’s right: progress. The newest media APIs can talk to everything from your car to your Chromecast.

However, this feature requires users to give Genius notification access before being able to use it. The app developers promise that they’ll never access, read, or save your notifications and that the permission is strictly to listen for playing music. Users can always revoke the permission in the Settings app under Sound & notification. Every time a song plays, a notification to the lyrics in the Genius app will non-intrusively appear in the notification panel.

Users on Marshmallow could use Now on Tap to get song lyrics, but the process takes a few more steps and Google Search doesn’t always have lyrics for the latest songs. The Genius app also has a Shazam-like feature powered by Gracenote to recognize music that is playing in the real world. The app has much fewer ads than Shazam and is free to download from the Play Store.