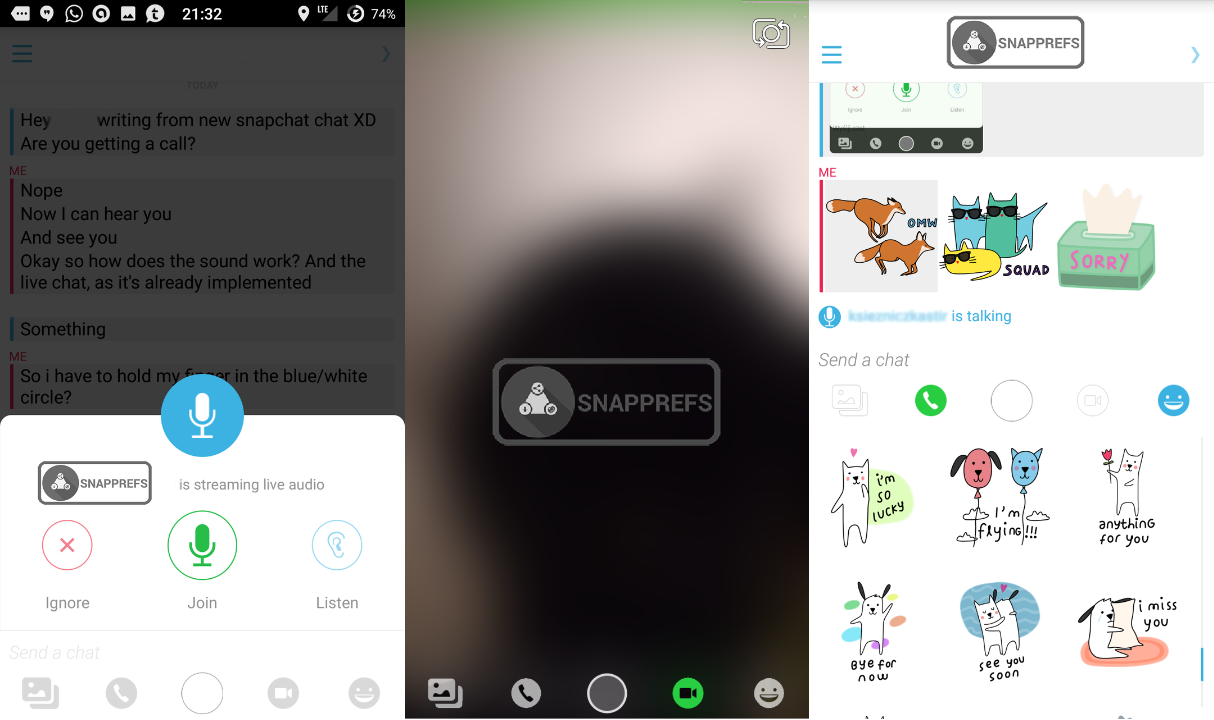 On Friday, we wrote about new audio and video calling feature possibly coming to Snapchat. Since then, the developer who discovered the code references in the Snapchat APK has gotten these features to work and posted screenshots. They reveal that Snapchat is working on a completely revamped version of chat, dubbed ‘ChatV2’.

The tinkerers who got the features working are the developers of Snapprefs, an Xposed module that adds more features to Snapchat. Their knowledge and frequent re-engineering of Snapchat explains how they were able to get the unreleased features working.

While Snapchat has had a video chatting feature since 2014, this upcoming implementation is more similar to how current video chatting works and is much more obvious in the UI.  The revamped chat interface looks very familiar to that of Hangouts or Facebook Messenger. Like in those two apps, there is now an inline photo picker and has the ability to send stickers in text chat.

A bar above the text field has buttons to initiate an audio or video call. The presence indicator that tells whether the other person is also in Snapchat is now a smile face instead of a pulsating blue dot. The person on the receiving end will get a pop-up to ignore, join, or listen in to the call. The feature is more one-to-one and does not appear to be a live streaming competitor.

Judging from the rather fleshed out interface and that the features are working, these features appear to be more than just internal testing on the part of Snapchat. If anybody can popularize video calling, it should be Snapchat with this new interface and features.