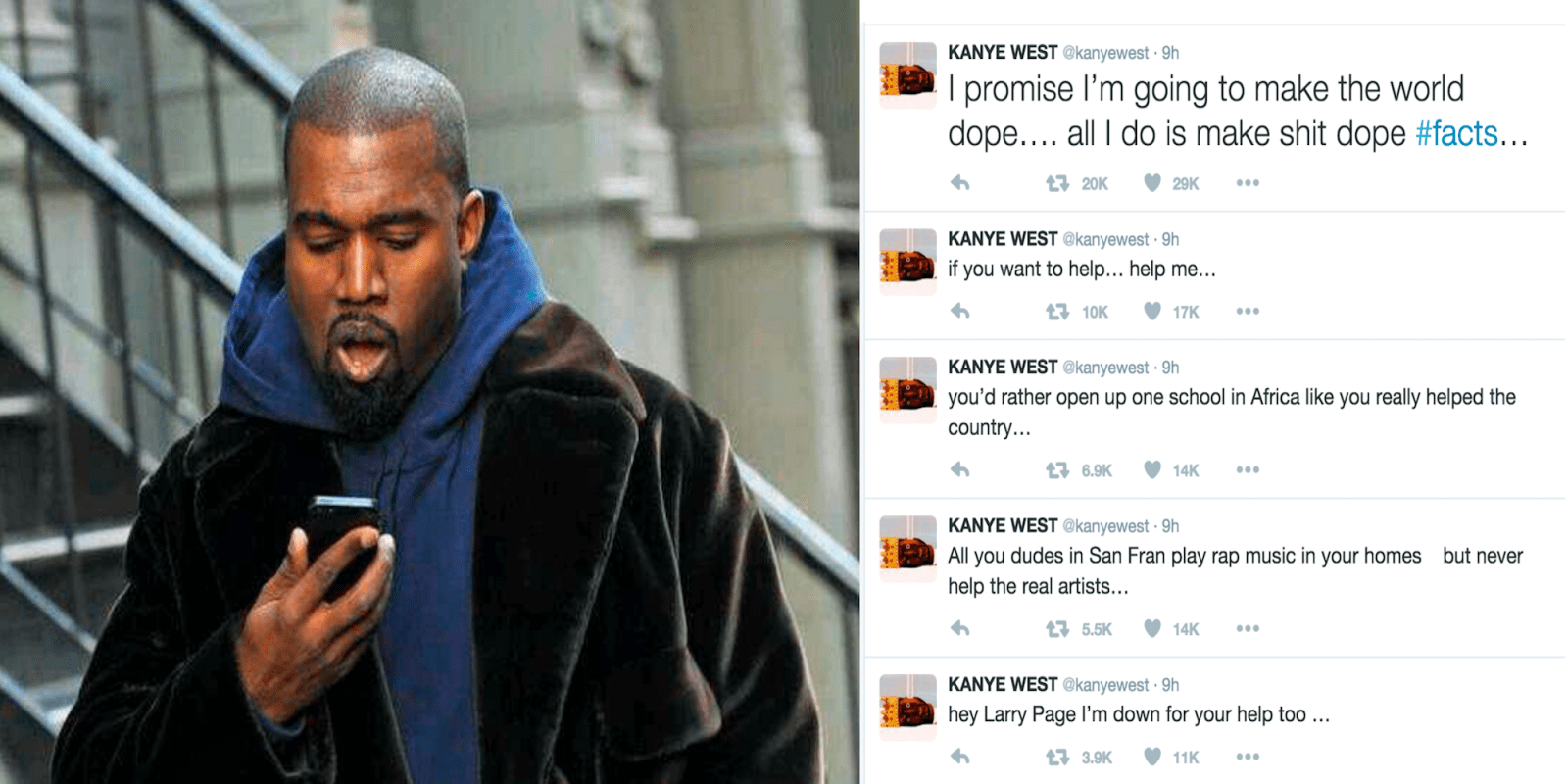 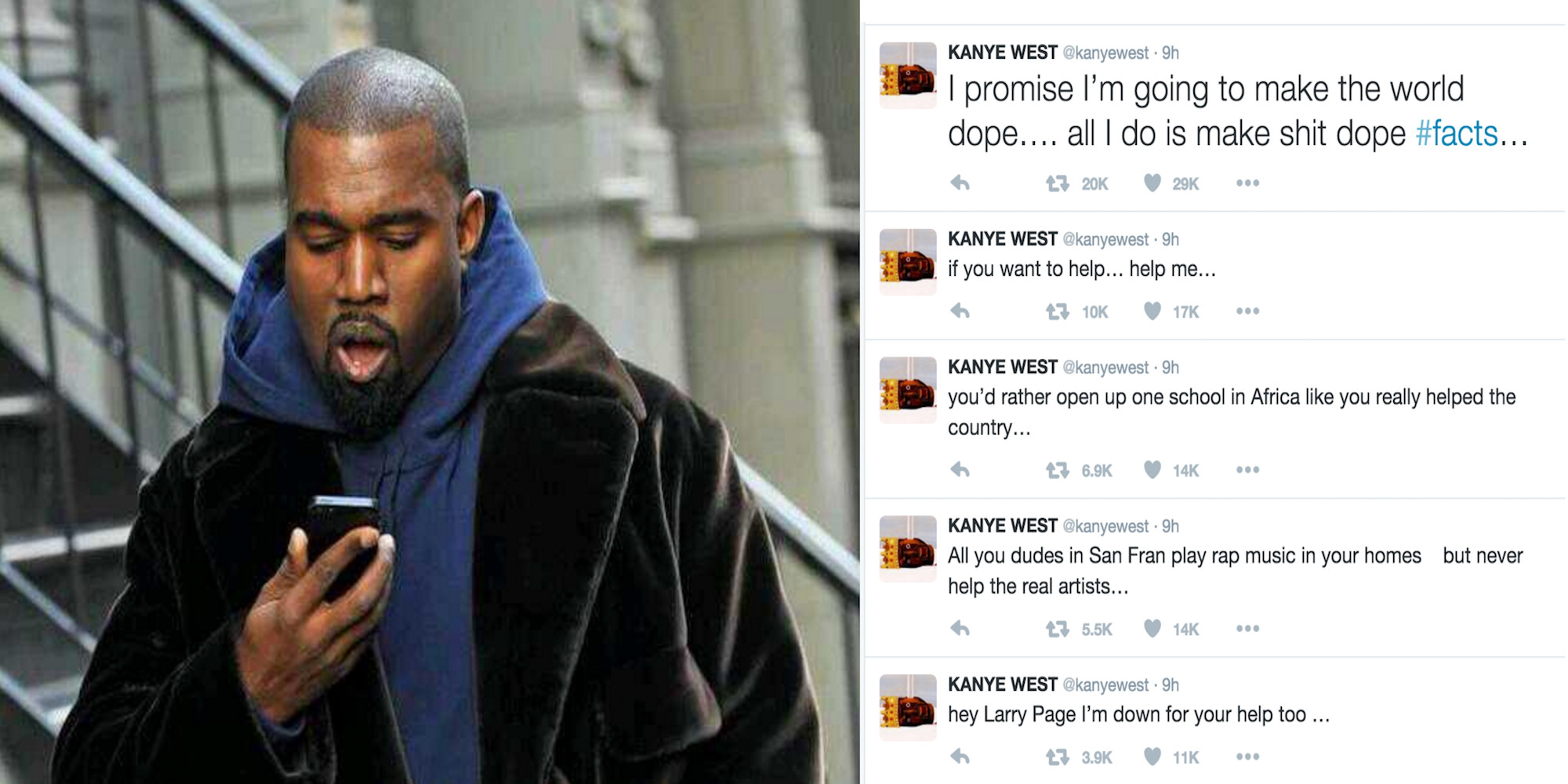 It’s unclear if the offer from Shkreli and Kanye’s seeking of investments is related in any way to the delayed album release or perhaps just part of West’s usual meandering train of thought as he plans his next project. The album was supposed to launch alongside a live event that took place at Madison Square Garden last week. Now, in a series of tweets over the last 24 hours, Kanye has publicly pleaded with Facebook’s Mark Zuckerberg and Google’s Larry Page for a $100 million investment in “Kanye West ideas.” 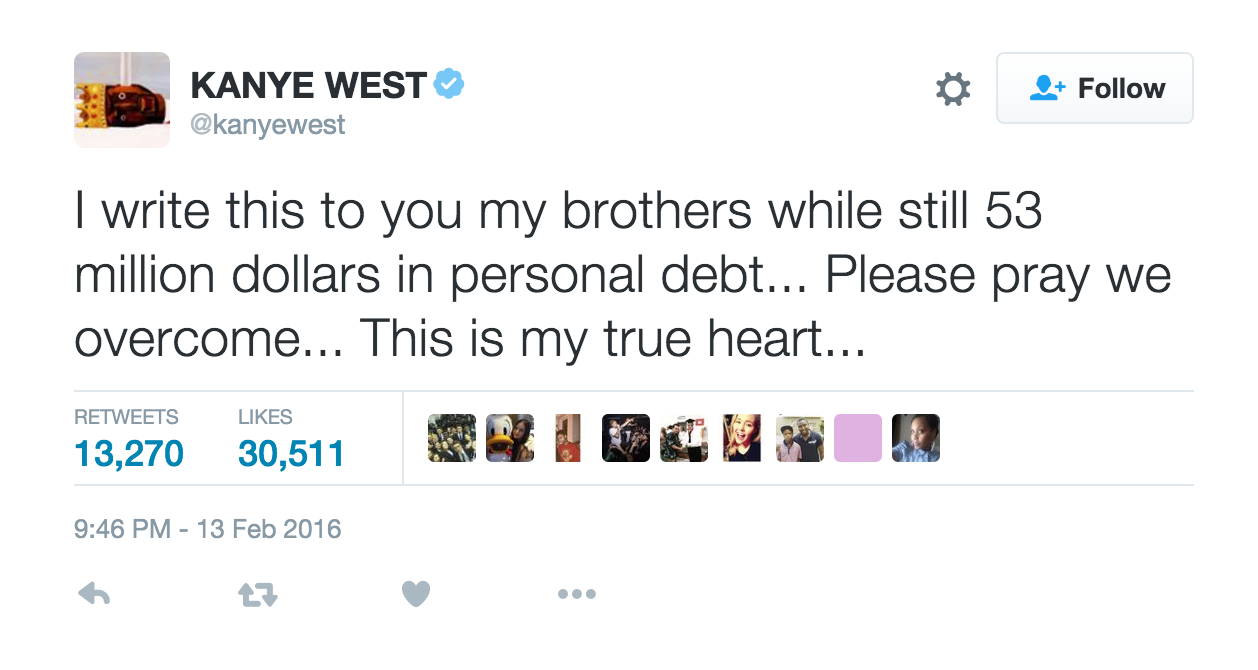 After pleading with Zuckerberg to call him by tomorrow, he then CC’d Google co-founder Larry Page on the request before accusing him and other San Fran dudes of loving Kanye West but instead investing in African schools:

Mark Zuckerberg invest 1 billion dollars into Kanye West ideas… You love hip hop, you love my art… I am your favorite artist but you watch me barely breathe and still play my album in your house …I’m this generation’s Disney… I want to bring dope sh*t to the world…I don’t have enough resources to create what I really can…Mark, I am publicly asking you for help…All you dudes in San Fran play rap music in your homes but never help the real artists…you’d rather open up one school in Africa like you really helped the country…if you want to help… help me…

As for the album release, it continues to stream exclusively on the Jay-Z owned Tidal music service, which West happens to have a stake in. That has made the app shoot to the top of the app charts and possibly helped it acquire some new subscribers in the process. That means it will be at least another week, according to West’s tweets, until you’re able to actually hear the album on other competitive services like Google Play Music, Apple Music and elsewhere. We’ll have to wait and see of what comes (if anything) of West’s pitch to Zuckerberg, Page, and other San Fran dudes.