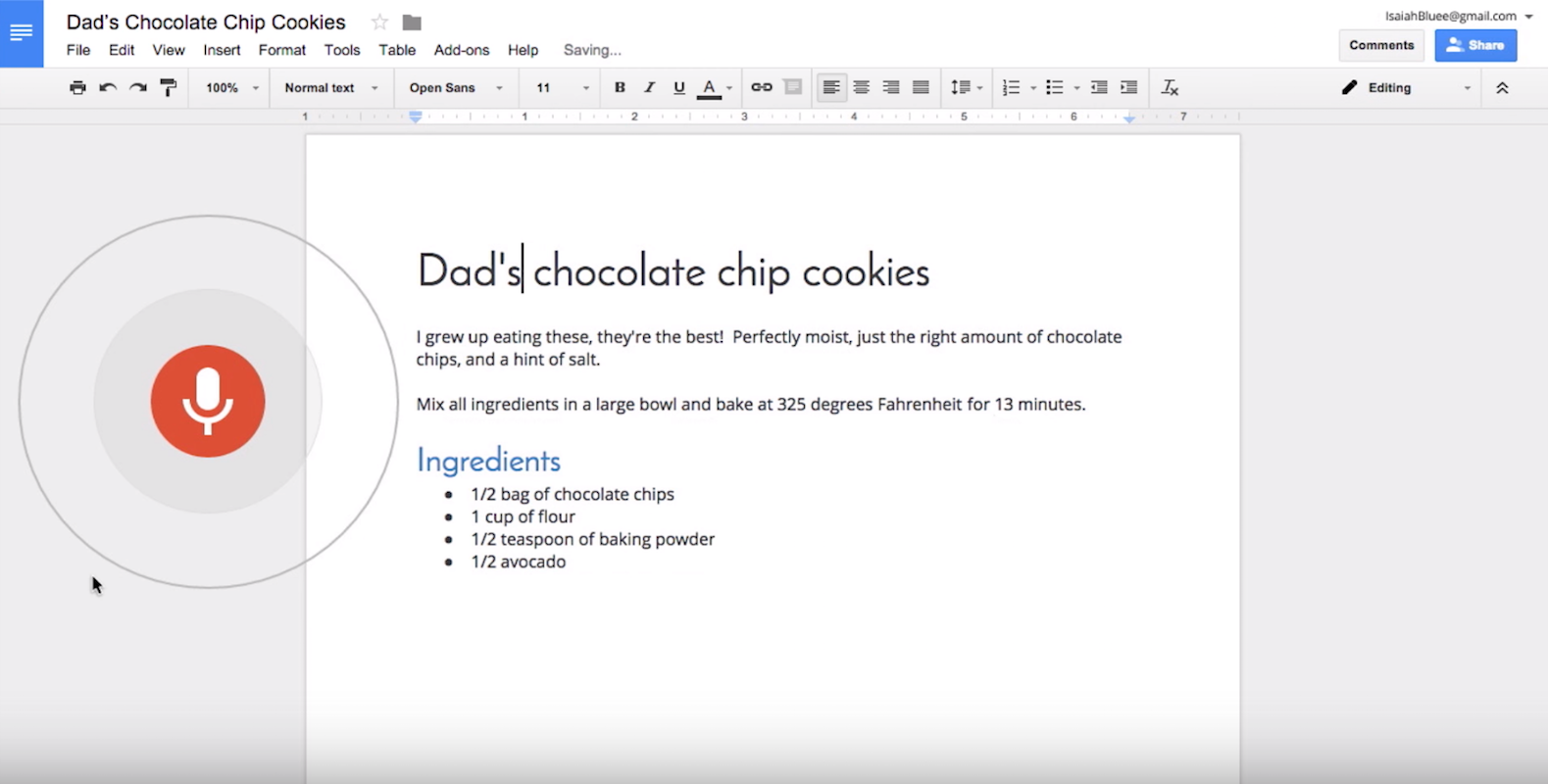 After rolling out voice typing functionality to Google Docs on the web in Chrome back in September, today the web app is adding the ability to make edits using your voice too.

That means that after typing a document with your voice, you’ll also now be able to perform some basic editing and formatting functions using voice commands.

Starting today, you can also edit and format your documents with your voice. To get started, select ‘Voice typing’ in the ‘Tools’ menu when you’re using Docs in Chrome. Say what comes to mind—then start editing and formatting with commands…

Google notes some basic commands like copy, insert table, italics, and “select paragraph,” but it will have a full list on its support site, which you can also access by saying “Voice commands help” within Docs. In addition, it gives some examples in the demo/promo video for the new features below.

Examples of other voice commands include things like selecting text, formatting, and navigation within the document.

The new features, like voice typing launched back in September, work in Google Docs on the web when using Google’s Chrome web browser, and they are only supported in English for now. Google notes the “account language and document language must both be in English.”

Get a first look at the new voice commands for editing and formatting in the video below: