You can now make your own Android-powered smart mirror, source code available on GitHub 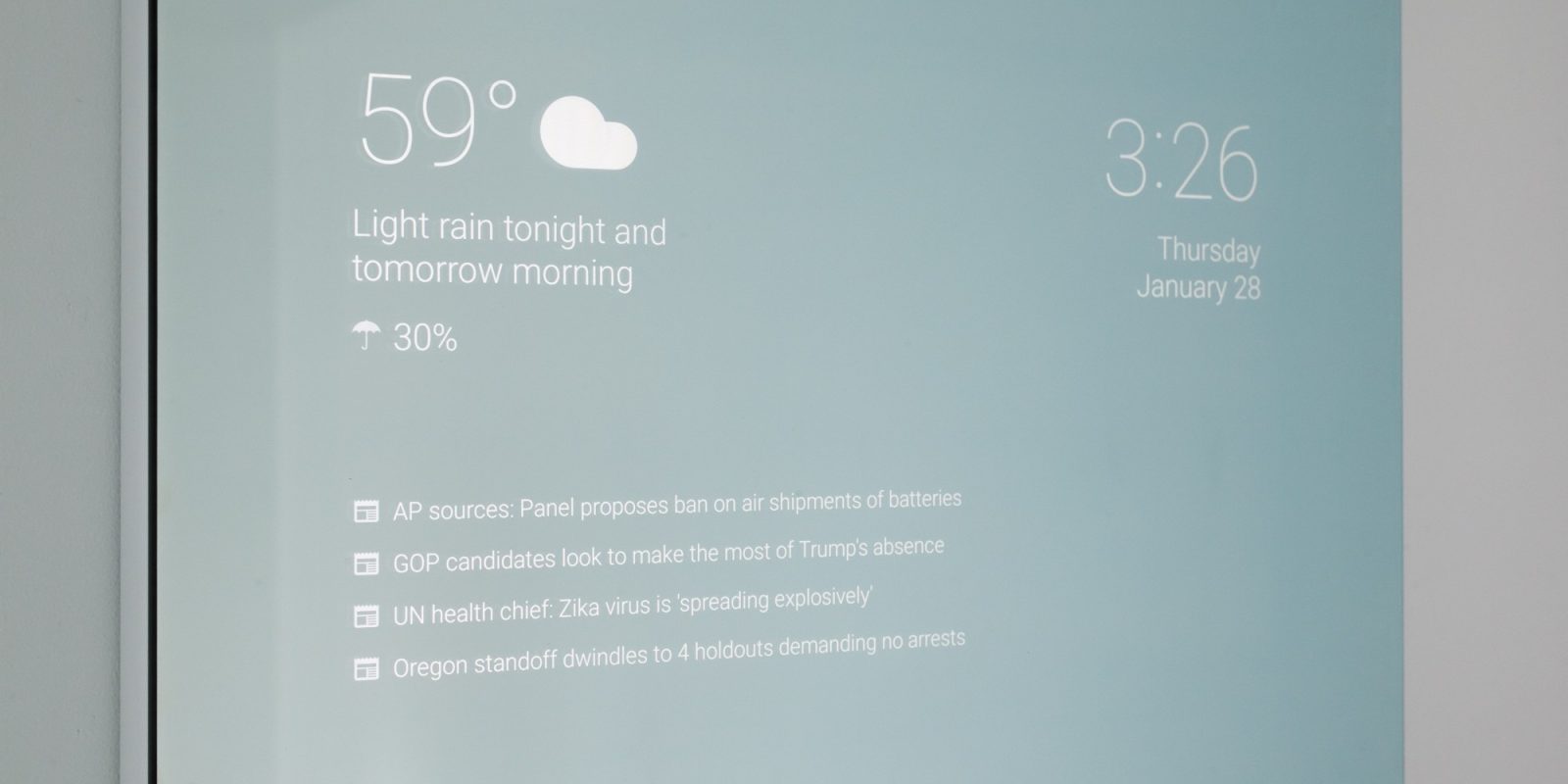 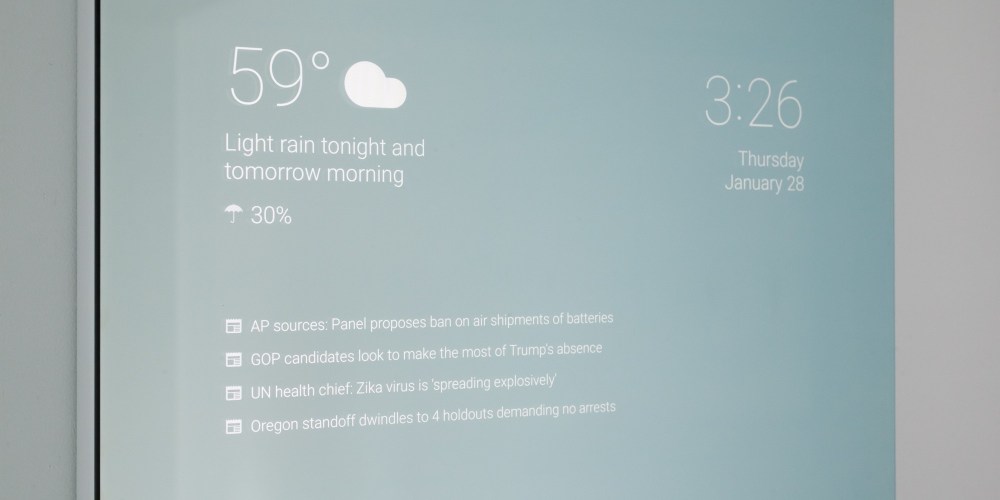 Earlier this year, Googler Max Braun created a bathroom mirror that essentially displays Google Now cards and other useful ambient information. In a post, he detailed the basic hardware setup and the Android and third-party APIs behind it. Now, Smart Mirror is an Android Experiment with the source code available on GitHub.

Specifically, the source code is for the mirror’s prototype UI. It features the time and date, weather (courtesy of Forecast), and news headlines from the Associated Press. The actual mind of the mirror is an Amazon Fire Stick connected to a controller board, display panel, and a simple button to switch everything on.

Those who want to replicate this project can import the whole project from GitHub into Android Studio, then build and run the APK. Users will need to create a key for the Forecast API to get the weather widget to work. Afterwards, they’ll need to install the APK on the Fire Stick and run it.

With the software out of the way, all users need to do is buy the parts. Braun lists the specific components he used in his original post and teased that a detailed tutorial might be in the works. With a little assembly and handiwork, users can have a cool and futuristic smart mirror of their own. 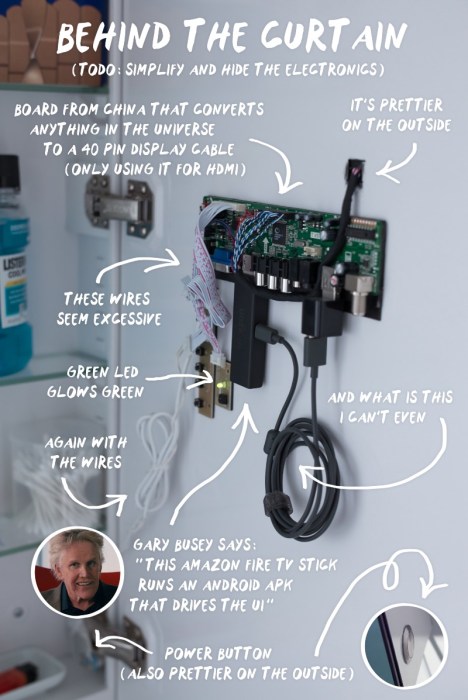