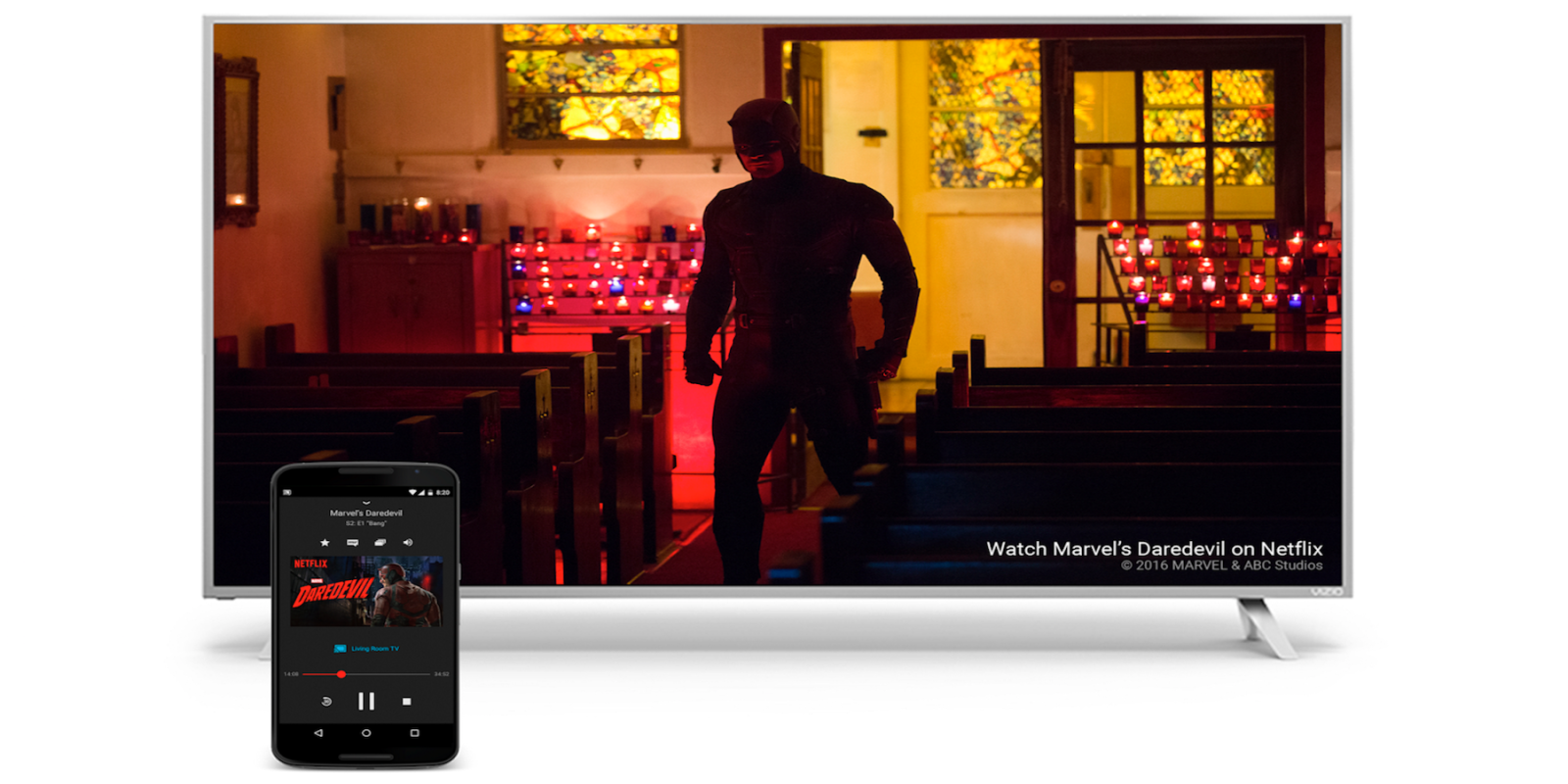 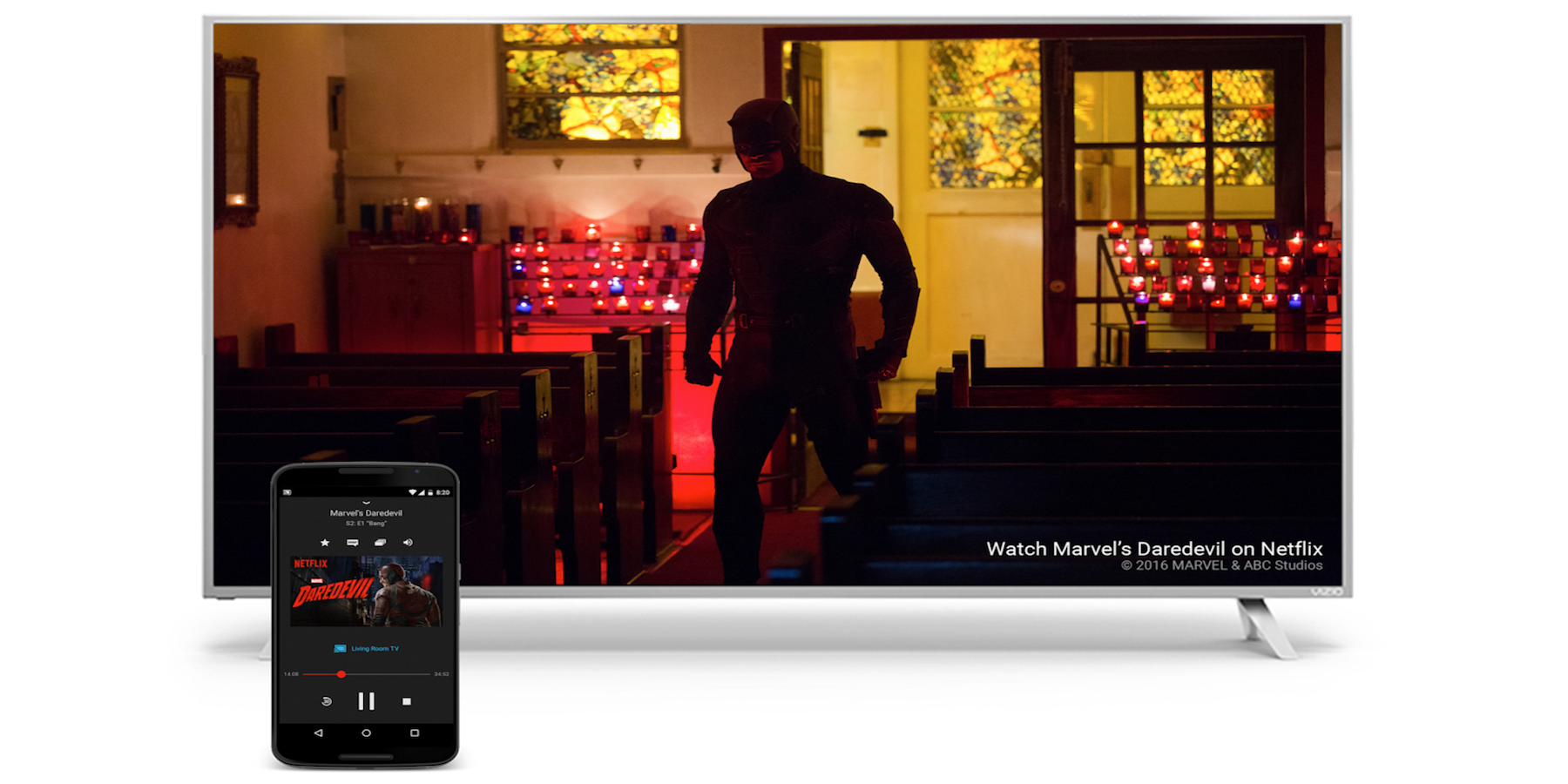 To reflect the recent expansion of its Google Cast streaming platform, Google’s Chromecast app is being renamed to the “Google Cast” app. Google is also announcing some new Google Cast-enabled speakers and TVs from Vizio.

Since Google’s brought out its “Google Cast” platform last year to allow video and audio streaming from Android devices to not just its own Chromecast hardware but third-party devices supporting the platform, today it’s changing the name of the Chromecast app to the Google Cast app. That makes a whole lot more sense now that the Cast ecosystem includes many devices other than Google’s own Chromecast lineup.

The P-series now comes with Google Cast built in, which means you can use your smartphone or tablet as your remote to cast your favorite entertainment directly to the big screen. Simply tap the Cast button from apps like Netflix to watch Daredevil, YouTube to stream daredevil stunts, or Google Play Music to get pumped for your own stunts. You can also mirror any website from the Chrome browser on your laptop.

Google notes that the P-Series TVs support Google Casting in Ultra HD up to 4K, and all of the TVs come with a 6” Android tablet remote (although they don’t run Android TV).

The new, renamed Google Cast app will be arriving on Google Play and the App Store this week for both Android and iOS devices.