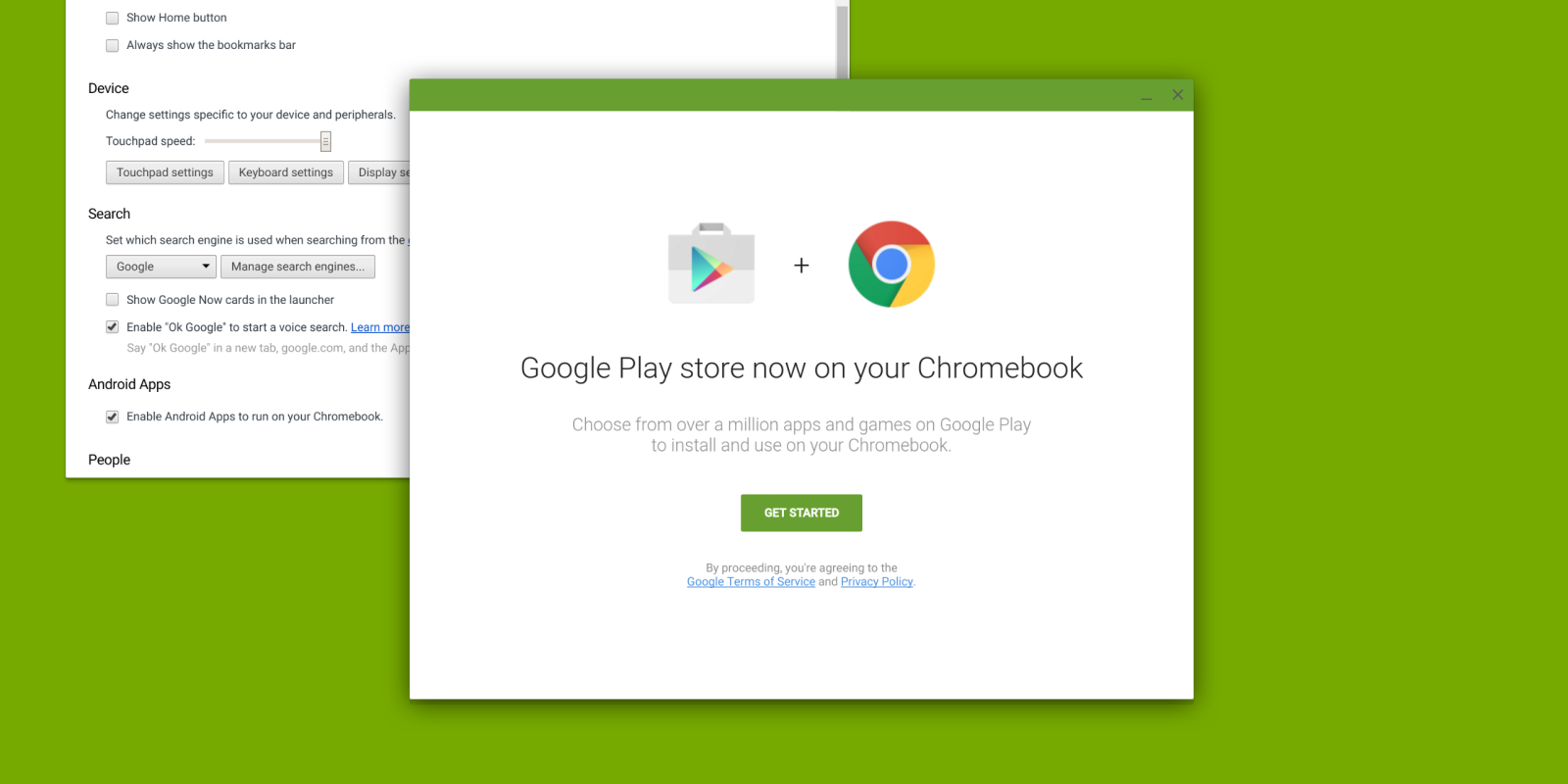 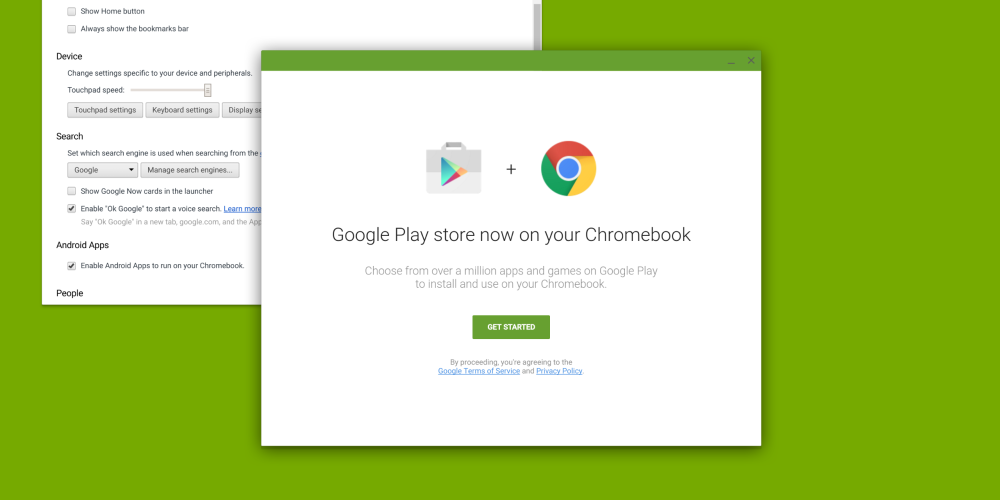 Last year, Google began letting developers test and run their Android apps on Chrome with the App Runtime for Chrome (ARC). Google appears close to officially releasing the feature by launching a version of the Play Store for Chrome OS.

The discovery of the feature comes from Reddit user TheWiseYoda who spotted a setting in Chrome OS called “Enable Android Apps to run on your Chromebook”. The feature briefly appears in version 51 of Chrome OS — currently in the Developer Channel — before disappearing a moment later. Users who have enabled the setting report a new Play Store app opening with a tutorial on how to get started. However, the feature is not yet work and quickly closes.

Users can currently download and run a handful of Android apps from the Chrome Web Store. From the screenshot, it appears that Google will be using the more familiar Play Store to distribute and sell apps. Current Android users will likely be able to log-in and access their already purchased apps.

The Play Store for Chromebooks should launch in the very near future. Version 51 of the Chrome browser just hit the beta channel last week and the Chrome OS version will follow shortly.  Just last week, a Google designer detailed Material Design for Chrome OS as part of version 50, though that has yet to roll out to the stable channel. 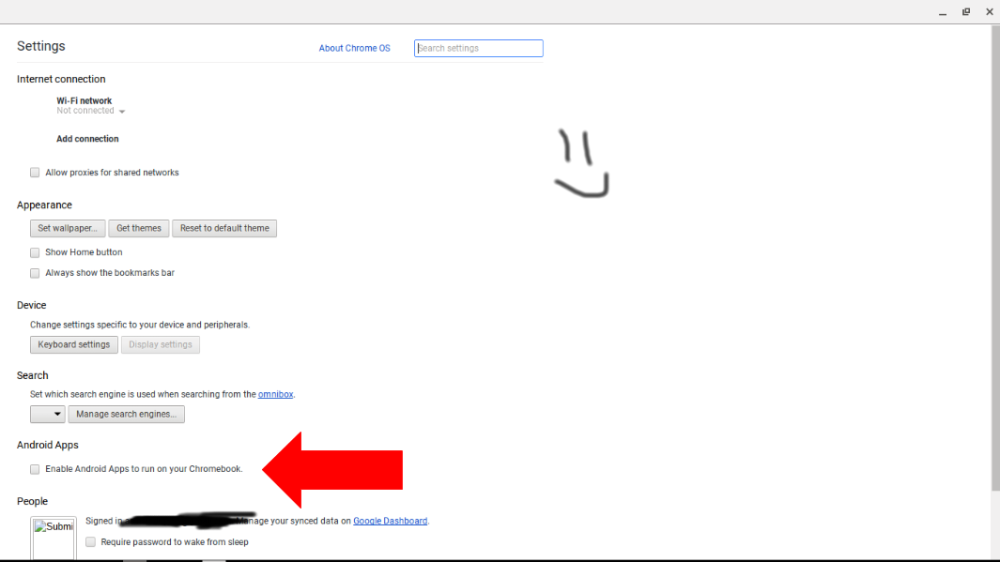