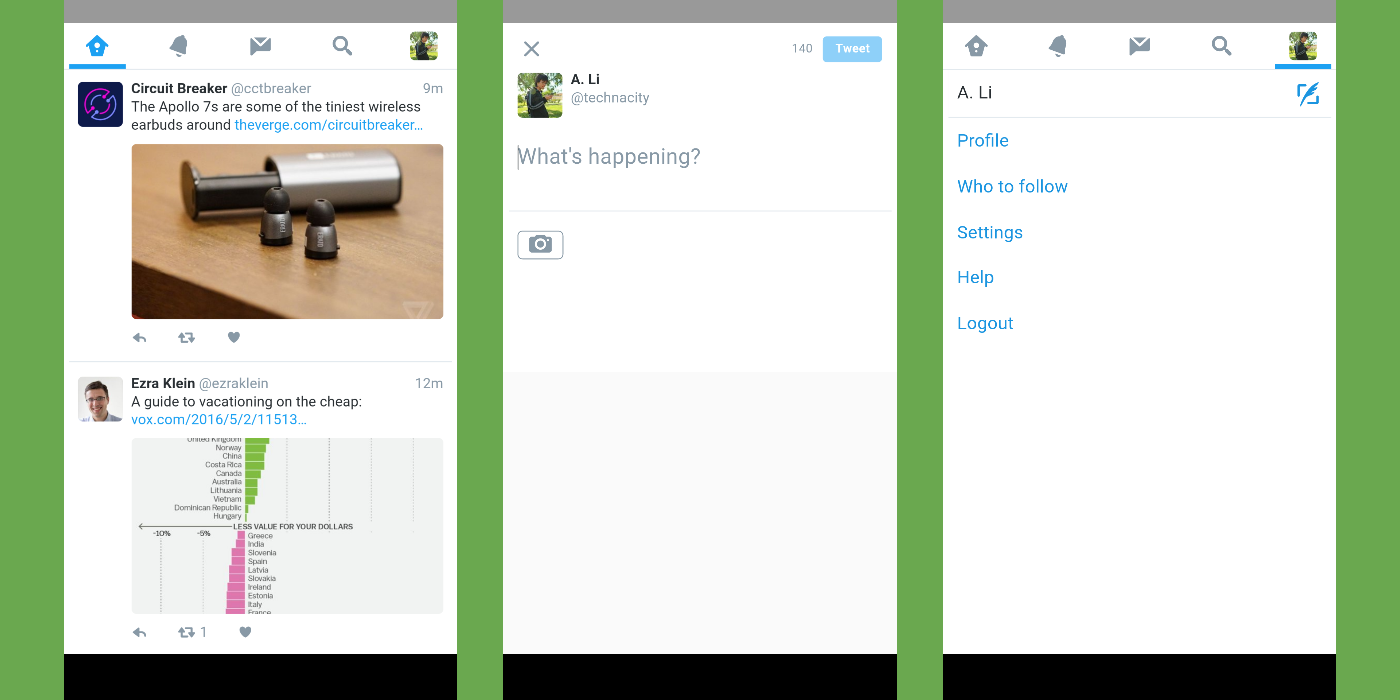 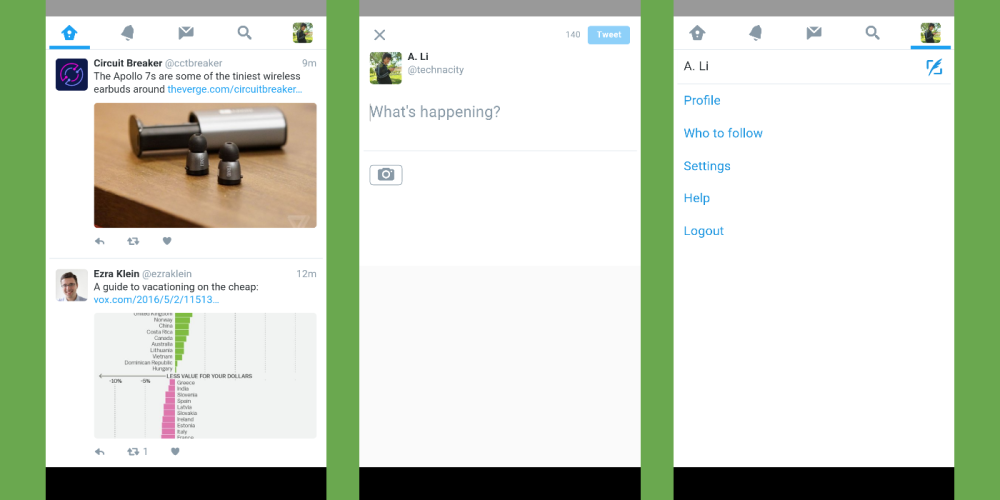 Twitter has been A/B testing a re-designed Android app for nearly a month with a launch likely coming soon as more people are seeing it. In the mean time, Twitter has completely overhauled its mobile site with a new design that matches the Android revamp.

The new mobile Twitter website has tabs for Home, Notifications, Messages, Search, and Me. Options to logout, settings, and the new Connect tab are accessible in the Me tab at the very right. Unfortunately, users cannot swipe between tabs and the tweet button is only accessible by scrolling to the very top of your feed.

The new Connect Tab, also rolling out to Android and iOS, features detailed lists of people and accounts that Twitter thinks you’ll enjoy following. Twitter is basing the recommendations on who you follow, liked tweets, local popular accounts, and other factors. Users will also be able to find people they know by syncing their contacts.

Blue dots in the tabs indicate when there is a new tweet and tapping them will scroll immediately to the top of the Twitter feed. Adding the app to your homescreen will result in a Twitter icon that is the inverse of the native app’s. It will also get rid of Chrome’s URL bar and make the status bar white.

Twitter is leveraging many features announced in recent versions of Chrome to make a web app that feels just like a native one. When opening the app for the first time, there’s a splash screen and performance is on par with that of a native app. The only major feature the mobile site is missing are push notifications.

We just launched a complete overhaul of our mobile website. Beyond excited and proud of everyone who worked on this. https://t.co/a4vLjLCcWc