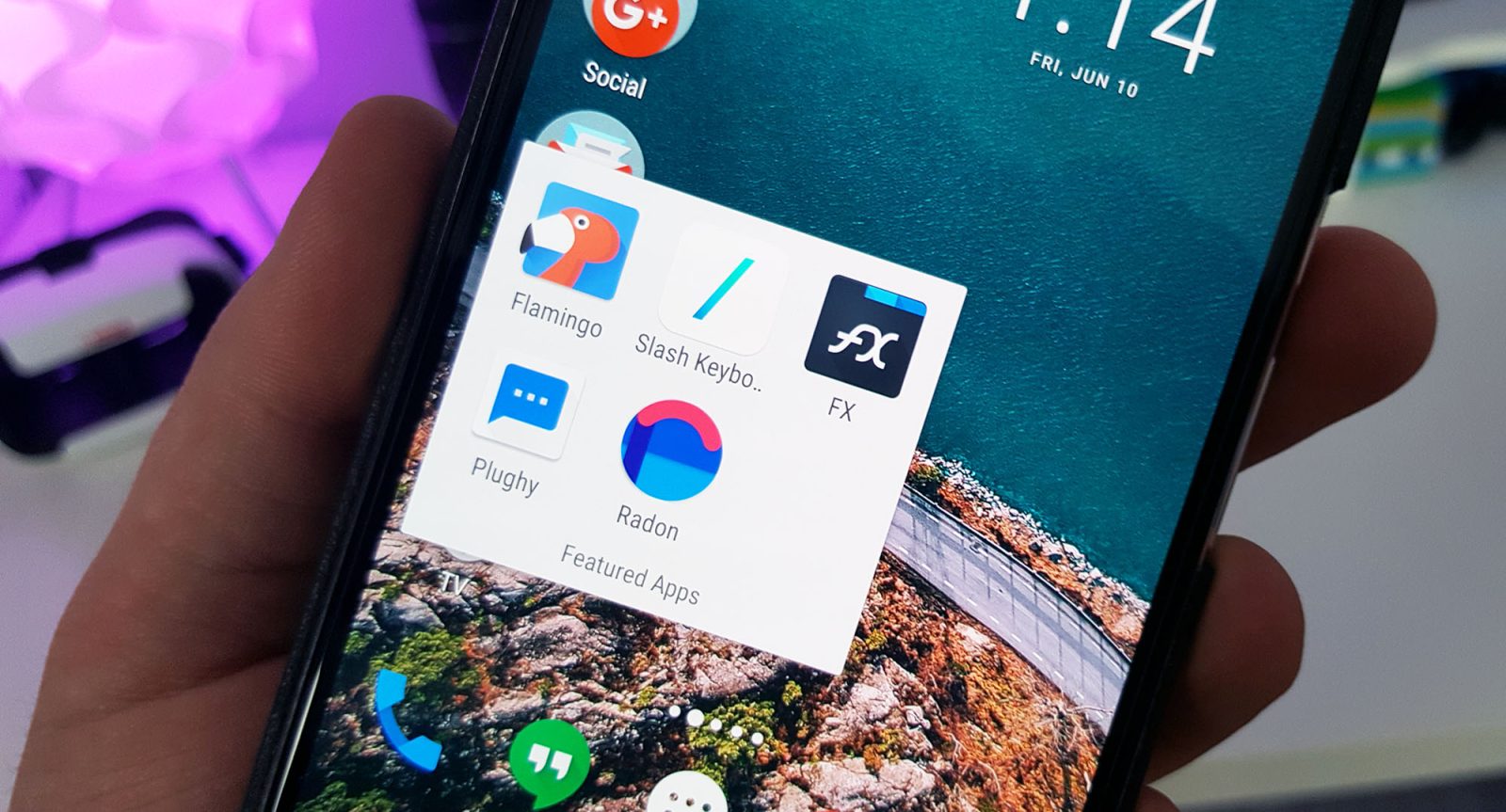 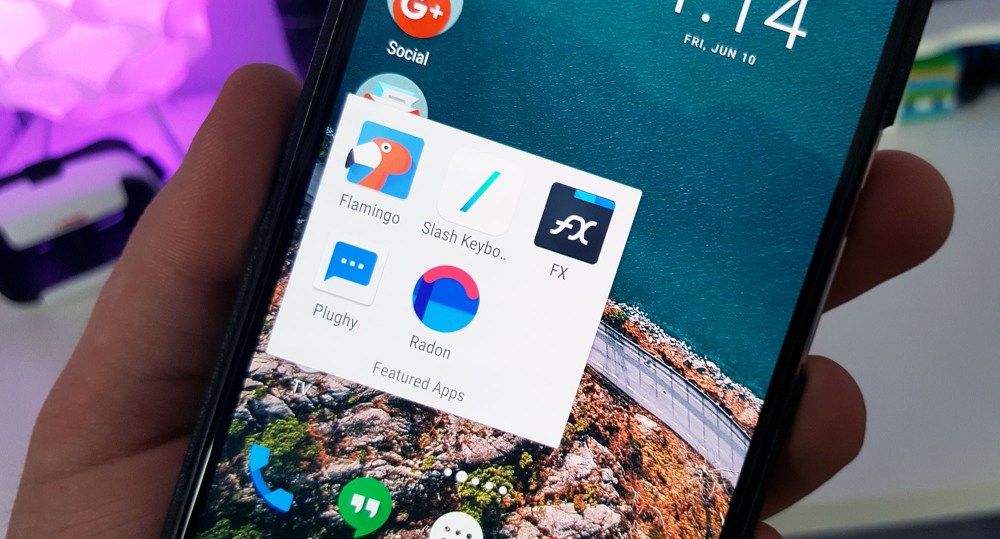 There are nearly 1.5 million applications currently on Google Play and with so many to choose from, finding interesting new experiences can be a hassle. That’s why today we’re kicking off a new series here at 9to5Google highlighting 5 different Android apps each month that are worth checking out.

So without further ado, let’s take a look at our picks for the month.

The first app we’d like to highlight is a new Twitter application called Flamingo. This released just a few days ago and comes from the same developer who created the popular ‘Weather Timeline‘ app. Flamingo features a material design UI that both looks fantastic and is highly customizable.

You can change the color theme with any of the built in presets or make your own from scratch, and you’re even able to change UI elements of the app adding options such as a bottom navigation bar (as we see in Google Photos and Google+). There’s also a feature called ‘Hover preview’ which acts a lot like 3D Touch on an iPhone; pressing and holding on an image or profile picture will give you a preview of that content.

Even though Flamingo is still in beta, it’s definitely one of the best Twitter clients we’ve seen released in the last several months. If you’re interested in checking it out for yourself, download it from Google Play for just $0.99.

You may have missed it, but last month Google announced their first keyboard for iOS: ‘GBoard‘. This new keyboard adds search functionality directly into the keyboard app and it looks incredible, however it’s exclusive to the iOS platform. It’ll be coming to Android eventually, but for now we’re left waiting (impatiently). Thankfully, there’s an alternative. Slash Keyboard has been around for a while, but in the wake of GBoard’s announcement it has become a even more enticing. 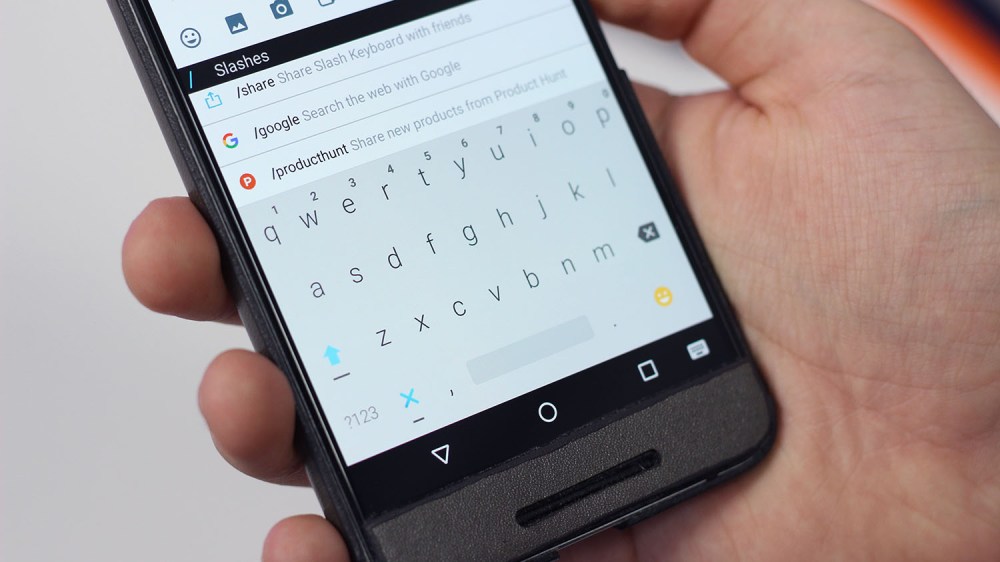 Like GBoard, Slash offers search functionality within the keyboard app itself. You can perform and then send searches from the app as well as sending GIFs, videos, and more. It has integration with a bunch of different services as well including YouTube, Spotify, Google Maps, Twitter, Amazon, and yes, Giphy.

Slash Keyboard is an awesome option to hold users over until GBoard makes its way over to Android, but if you want the added functionality and integration, Slash might even be a better option. It’s available both on Android and iOS completely free of charge.

I’ve been a user of ES File Explorer since the day I started using Android, but over the past few months it’s progressively gotten worse and worse. I’ve been on the hunt for a new option for a long time and recently the option I settled on was FX File Explorer. This app features a very easy to use, material design inspired UI and it also packs all of the basic features I want. This one isn’t for the power user, but it’ll get the job done for the rest of us. 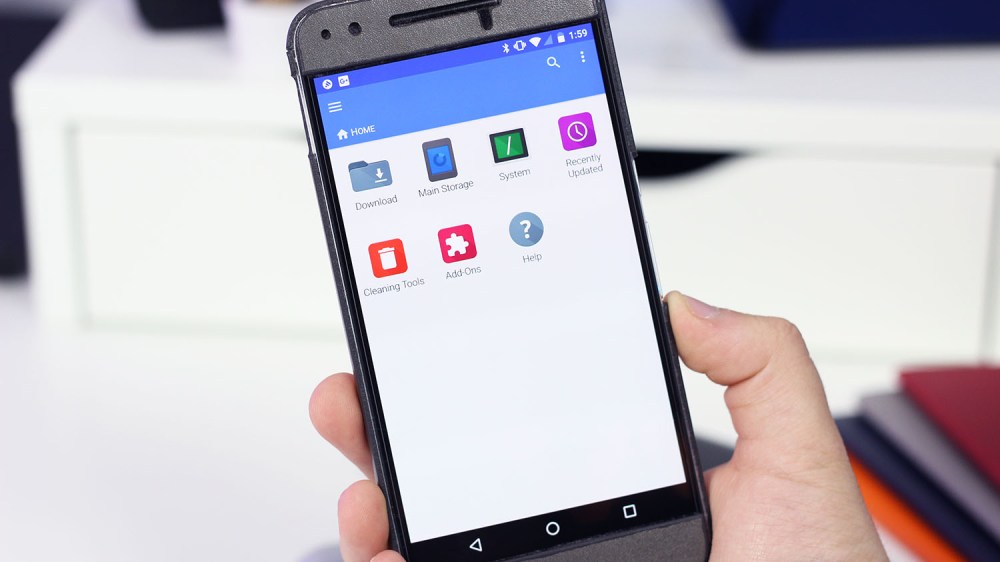 Features included in the free version of the app includes the basics such as cut/copy/paste as well as exploring your files and folders. You’ll also be able to run multiple ‘windows’ within the app and use a split view mode. Other features such as wireless file sharing come with ‘FX Plus‘ which runs $1.99. There are also add-ons and themes you can download to enhance the experience. The best part of it all, neither version tracks your activity or includes ads. Check it out over on Google Play.

This next app is easily one of my favorite. If you’re a user of Slack, you probably use the ‘/giphy’ command constantly. Doing so brings up completely random and awesome GIFs that liven up any conversation, however once you head back to another service like Hangouts or even SMS, you’ll miss that command. Thanks to Plughy however, you’ll get it back. 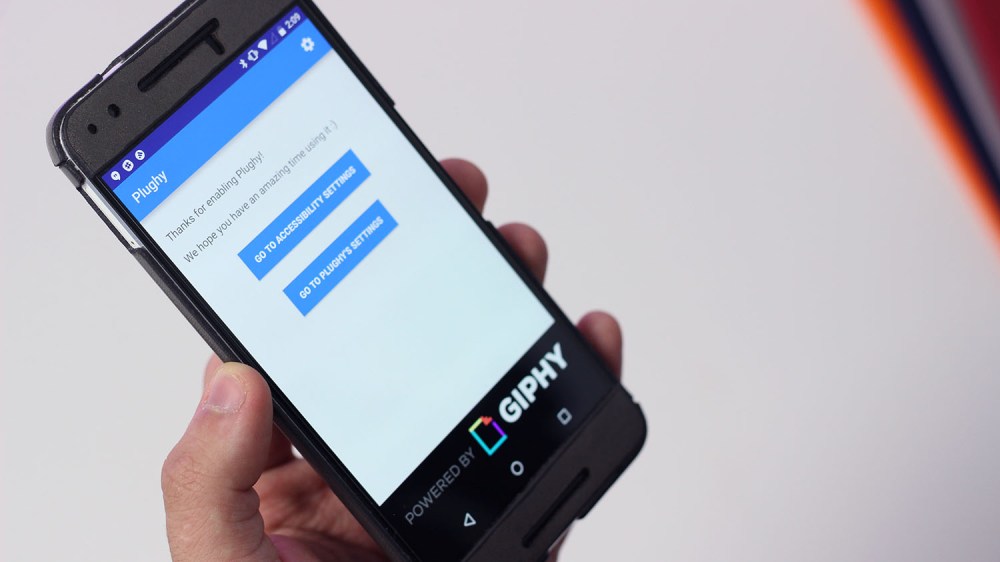 After downloading the app (which is free) you’ll need to head into your accessibility settings and give it the needed permissions. Once that’s done, head over to your favorite messaging app and type ‘/giphy [insert phrase here];’. You’ll need to ensure to add the ‘;’ to the end of your sentence or this won’t work. If entered properly, Plughy will pick a random image from Giphy that matches the phrase you’ve entered and will then send it as a link in that conversation. Sadly it can’t send as an image just yet.

The app is free to download and compatible with any Android device so long as it’s running Android 4.0 and up.

The last app we’re featuring today is Radon. This free app uses Google’s ‘Nearby’ API to share links with devices nearby. Simply download the app, enable Nearby at launch, and then head over to the site or app you want to share and send it through Radon in the sharing dialogue. From here any phone or tablet within close proximity that has the app open will be sent over to that link. 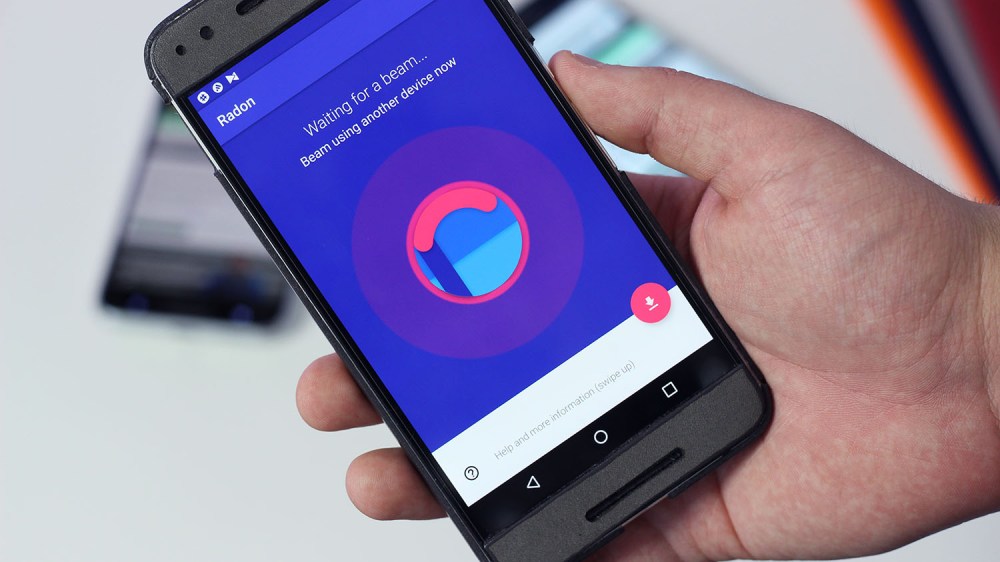 Nearby is one of Google’s coolest additions to Android in recent months but it just hasn’t been used enough to date. Just yesterday Google announced some massive new additions to Nearby including the ability to interact with physical locations. The uses for Nearby are endless and we can’t wait to see what they’ll do with it, but for now this is one of the best use cases we’ve found.

Radon is free to download on Google Play and compatible with just about any Android device running 4.0 and up.

Have suggestions for what apps we should feature next month? Drop a comment down below! We’d love to hear your recommendations.