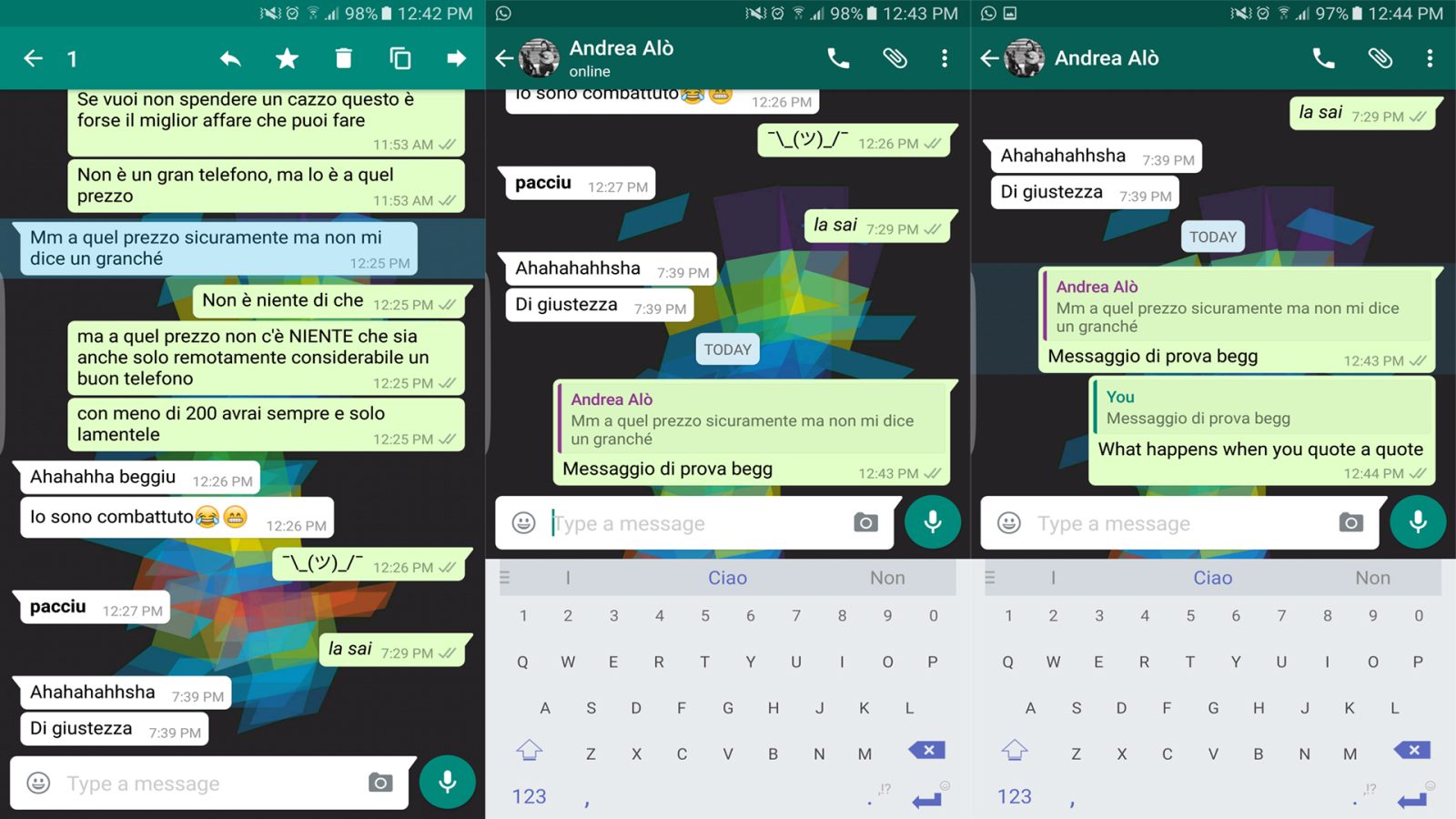 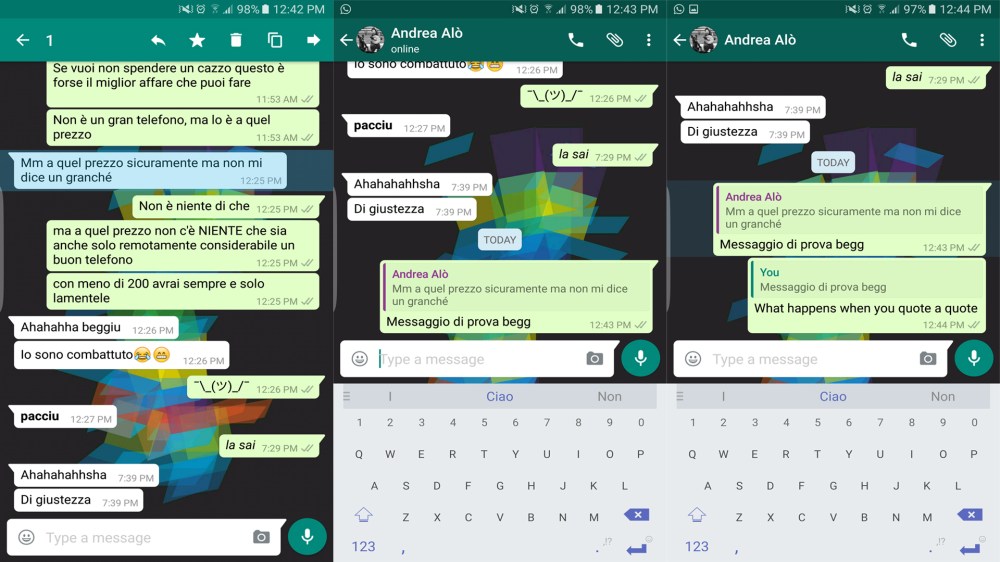 Messaging apps are among the most important — and indeed most used — by millions and millions of users every day, so it is only logical for them to implement new features as they evolve.

WhatsApp, despite being used by over a billion users, has remained a fairly simplistic chat app over the years, but things seem to be changing…

We saw the Facebook-owned app become increasingly more feature-rich particularly over the past year, with things such as end-to-end encryption, the implementation of a quick reply pop-up, a document uploader, Google Drive‘s integration for chats’ backups, and even things such as a desktop client, alongside a spotted — but yet unconfirmed — video-calling service.

As of the latest beta release, v.2.16.118, some users are seeing that long pressing on a message in any given chat does not show the old four actions alone.

In addition to starring a message, trash, copy and forward, a new reply-like arrow has been added, and what it does is essentially quote a specific message and allow you to “directly” reply to it — Twitter style.

It could be of little use in one-to-one chats, sure, but I can see its usefulness in crowded group chats. Imagine a scenario where you’re not caught up yet and want to reply to a single message; with this new feature, it’ll become much easier to pinpoint something more specific and bring the discussion back where you want it to.

It is also handy to see that tapping on a quoted message will take you back to wherever the original message was, helping you to get a better sense of context.

However, unfortunately, there still is no way to block-quote a series of messages, regardless of the sender and/or whether the selected messages have been sent after one another.

It should be made clear that, however, entering the beta does not automatically enable the feature; that should put you in some sort of fast track, however its full activation is likely still being handled via a server side switch. We would nonetheless expect the feature — which suffers no particular bugs — to roll out more broadly soon.