Google is hiding a highly-customizable navbar in Android Nougat [Gallery] 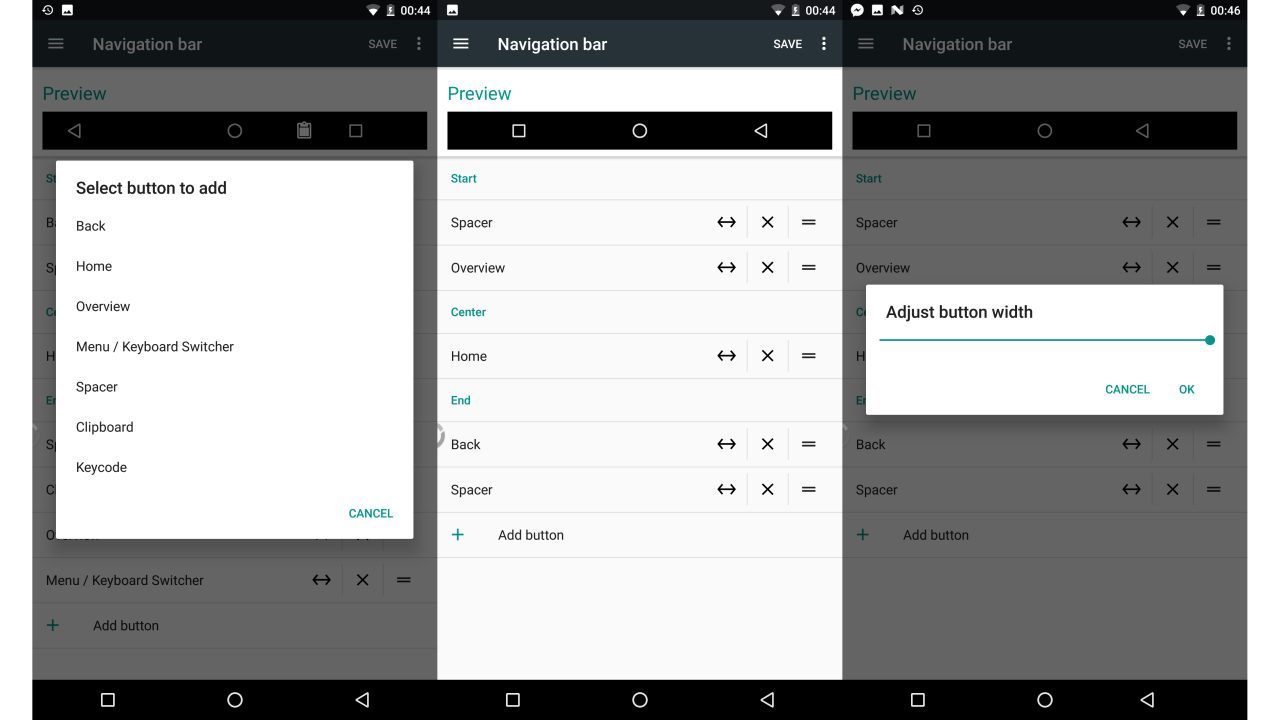 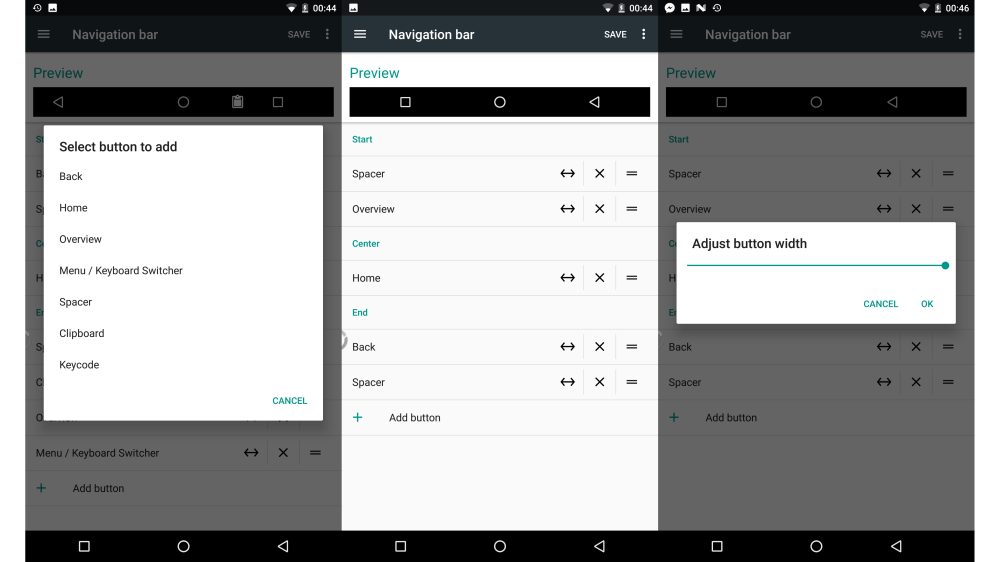 While some manufacturers have decided to stick with physical, capacitive or mixed buttons — even major ones like Samsung, for instance — Google has long settled with software keys as Android‘s gold standard. However, unlike other OEMs like LG, which have offered ways to customize the navigation bar, vanilla Android has remained on the back/home/recents trifecta for years now. That, however, may be about to change…

According to an Android Police tipster, hidden code lying underneath Android Nougat‘s System UI Tuner shows that some pretty intense customization may be in the works for devices equipped with the latest software, and there’s an array of screenshots to prove that. For some reason, it seems like one could theoretically be able to remove all of the known keys and/or add a couple of new ones at will, with the possibility of rearranging them to their likes. The submenu is pretty straightforward: there’s a preview of the navbar on top, and three sections that divide the navbar into three areas: left, center and right.

The three icons on the right (a double, outward-pointing arrow, a cross, and the equal symbol-like slider) will let you rearrange their position, resize them adjusting their width, or outright delete them from the bar altogether, giving quite a few options to the user. “The new items include a clipboard button, a button whereby any keyboard function can be assigned to it, a spacer, and a menu/keyboard switcher,” the report says.

We don’t know whether Google is holding off because the feature is not ready — as both the clipboard and keycode functions reportedly don’t work — or if it’s just waiting to integrate them in the 7.1 release expected to land later this fall with the arrival of the new Nexus devices. In the meantime, make sure to check out the full gallery down below.