After months of anticipation and teases from some of Google’s developers, the company’s new Allo messaging app is finally here. Whether you like the service or not, it’s hard to deny that it has some really cool features. Messaging with Allo is smarter than pretty much anywhere else, but there are a few features you might gloss over, so let’s take a closer look…

One useful feature in Allo that I haven’t seen many people talking about is voice messaging. Just like with iMessage on iOS, WhatsApp, and many other messaging apps, you can simply press and hold on the microphone icon to record a message to send in a group chat or conversation. You can even send a voice message in your conversation with Google Assistant and the service will automatically analyze the message and present the relevant or requested information.

Sometimes we say things in messages that we need to bring up later, but we can’t quite remember who we said it to. With services such as Google Hangouts, finding a message required you to go through different conversations and scroll around, but with Allo, you can search for a phrase in any conversation and results from all conversations will appear in one place. 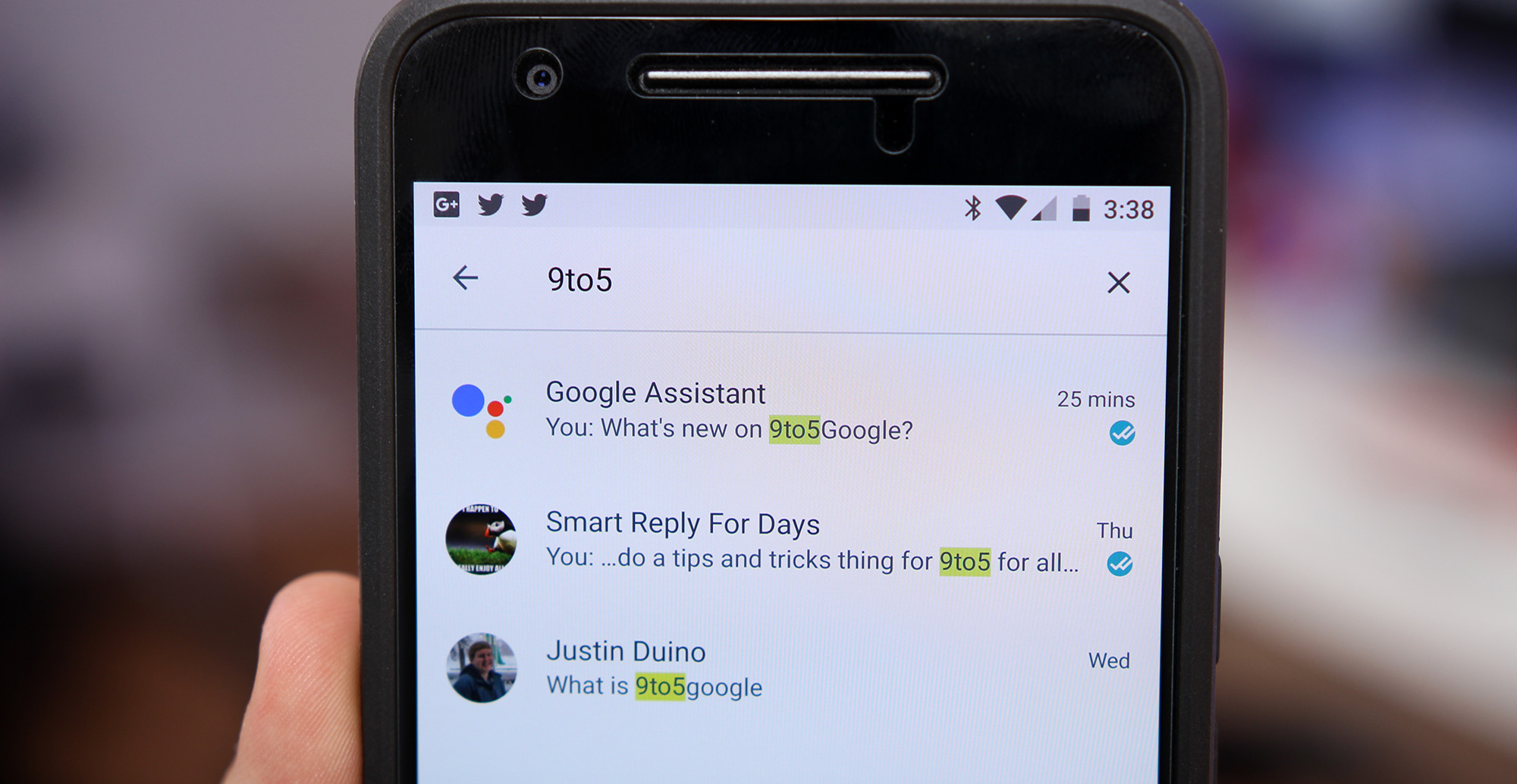 One of the other big attractions of Allo is the stickers. Google had over a dozen special packs of stickers handmade from different artists, and they’re pretty awesome. Using stickers can really liven up a conversation, and they’re really easy to use. 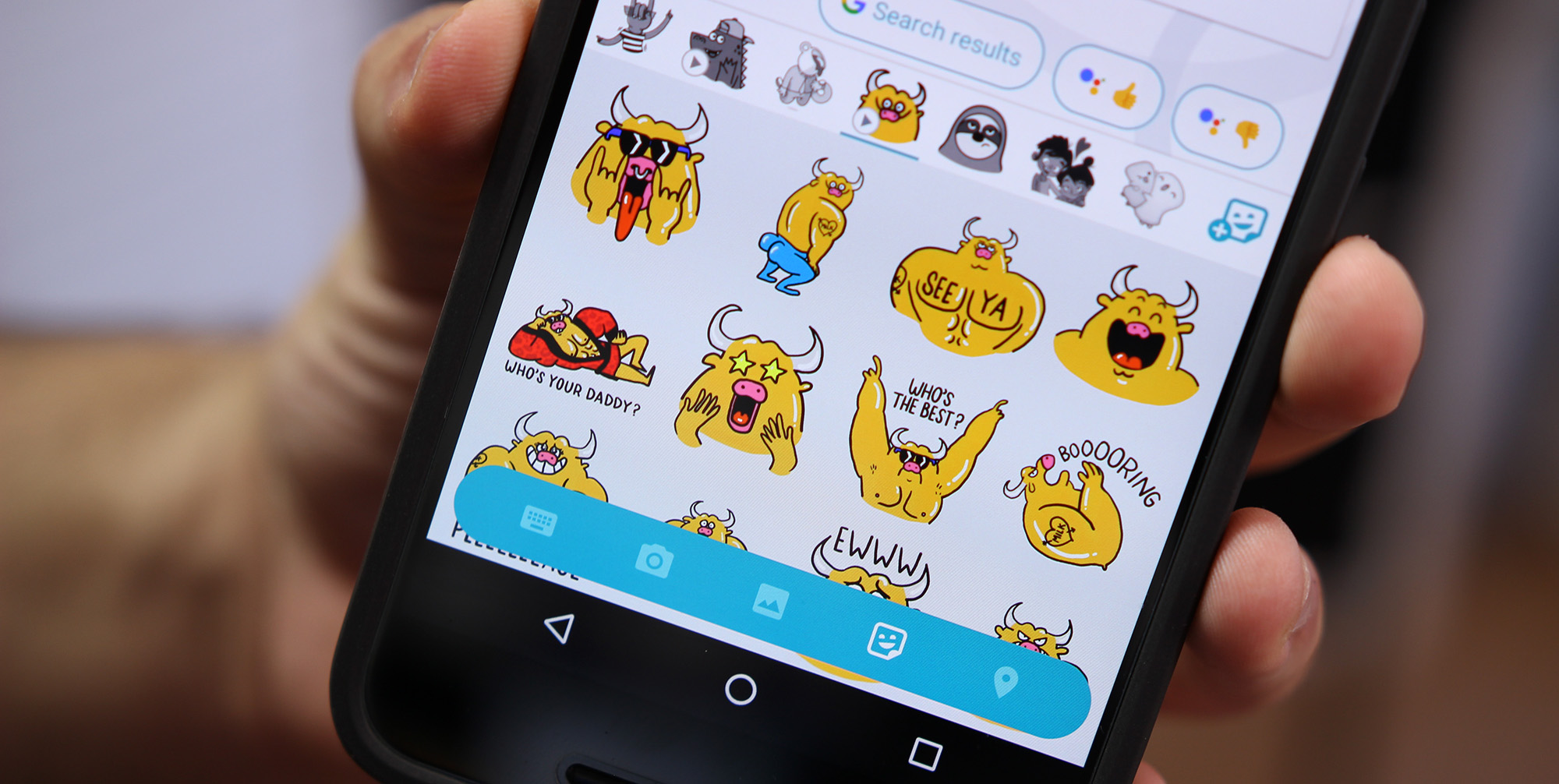 To add a sticker to a conversation, simply press the “+” button and you’ll see stickers from the various packs you have downloaded. If you want to download new sticker packs, press the add button pictured below to see Google’s entire collection of available sticker packs and download them. You can also delete and rearrange your downloaded sticker packs in the “My Stickers” section.

Another useful feature in Allo is the ability to draw on images. You can use this to highlight certain portions of the image or just have some fun with a shot. Unfortunately, this can only be done while uploading an image. To do that, press the “+” button, go to the images section (or camera if you’d like to take a new shot), and select the image. 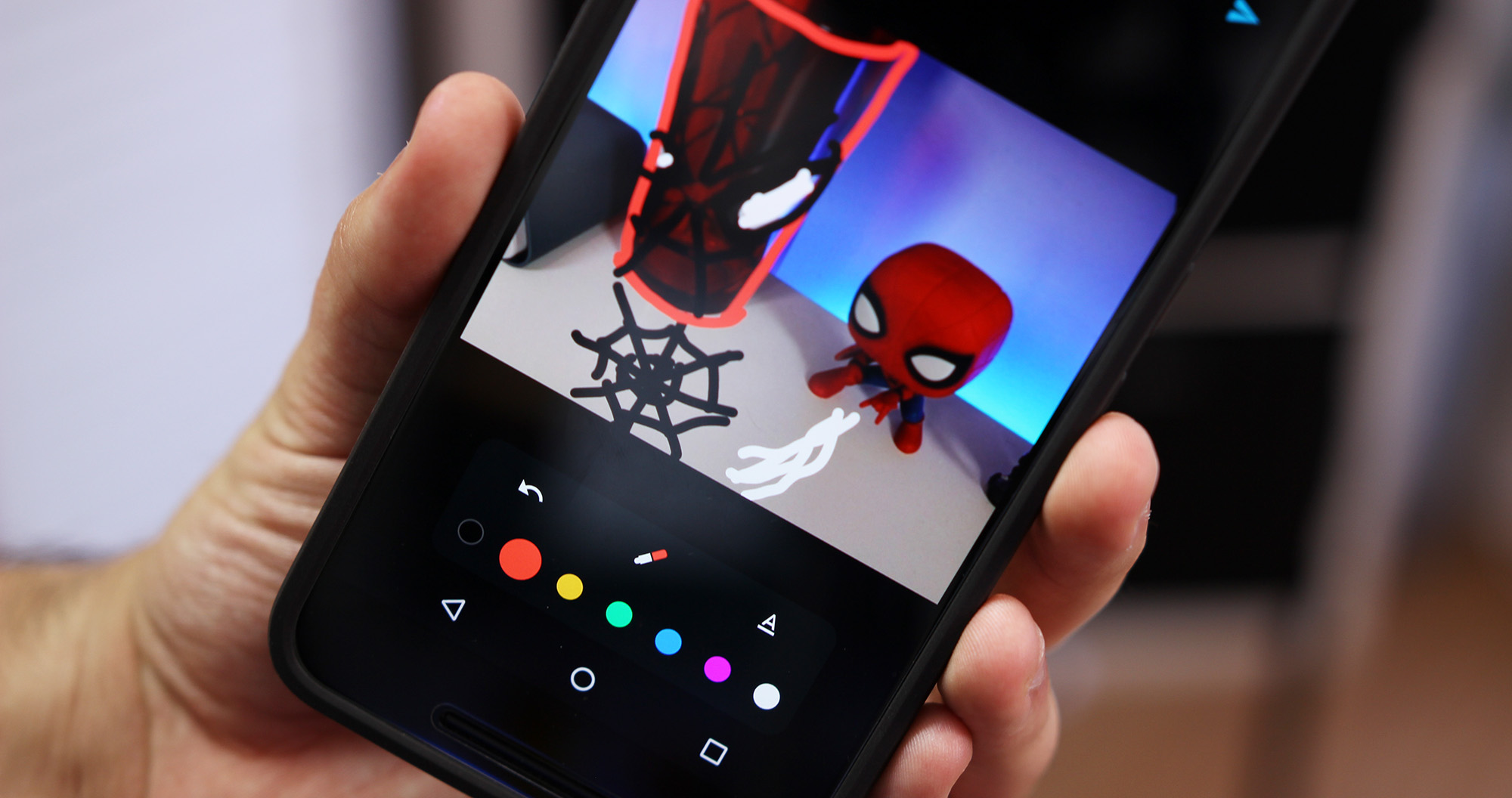 Alongside the option to send the photo, you’ll also notice a button that allows you to edit the photo. From here you can draw on the image with an assortment of different colors and even add text if you’d like. Once you’re done hit the send button in the top right corner and the edited image will be sent and saved on your device.

One of the best features of Allo is its secure incognito chats. These chats are completely off the record with even Google itself not having any access. Everything is end-to-end encrypted and to further seal the deal, messages sent in an incognito chat delete themselves after a set period of time.

To set up an incognito chat, press the “new conversation” button on the bottom right corner of the display, and then select the “Start incognito chat” option. From there pick a contact and the chat is ready to go. By default, all messages will be deleted after 1 hour, but you can adjust that to delete messages up to a week after being read, or as little as 5 seconds.

Now let’s talk about Google Assistant for a moment. Assistant is powerful, but sometimes it’s the little things that become the most useful. In the case of Assistant in Allo, one trick I’ve found very useful is the ability to set daily reminders or receive daily content through Allo.

Arguably the best part of this is that it isn’t limited to only a few questions, you can set daily tasks for just about anything. A few ideas on how to use this include daily updates on the news each morning or maybe some fresh ideas for nearby lunch options.

Invite Your Friends via SMS

One of the biggest pains of any new messaging app is finding new users. With Allo though, Google has a clever way to invite new users. If you input a phone number as a new conversation on Allo (and they don’t already have the app), the service will send that number a text message with a link to download Allo and the contents of your message. That user can then respond to the message and it will show up within Allo. While full SMS support would be preferred by many, this is a great way to invite users to the service while using it yourself.

Ask For Emails From Your Contacts

Another useful feature of Assistant on Allo is to find emails from specific contacts or on specific topics. Just ask Google to show you emails relating to a contact or topic and it will display the two most recent relevant emails.

And that’s it! Let us know in the comments if you have any more tips!