Comment: Lenovo’s new Yoga A12 Android tablet is just begging to be a Chromebook 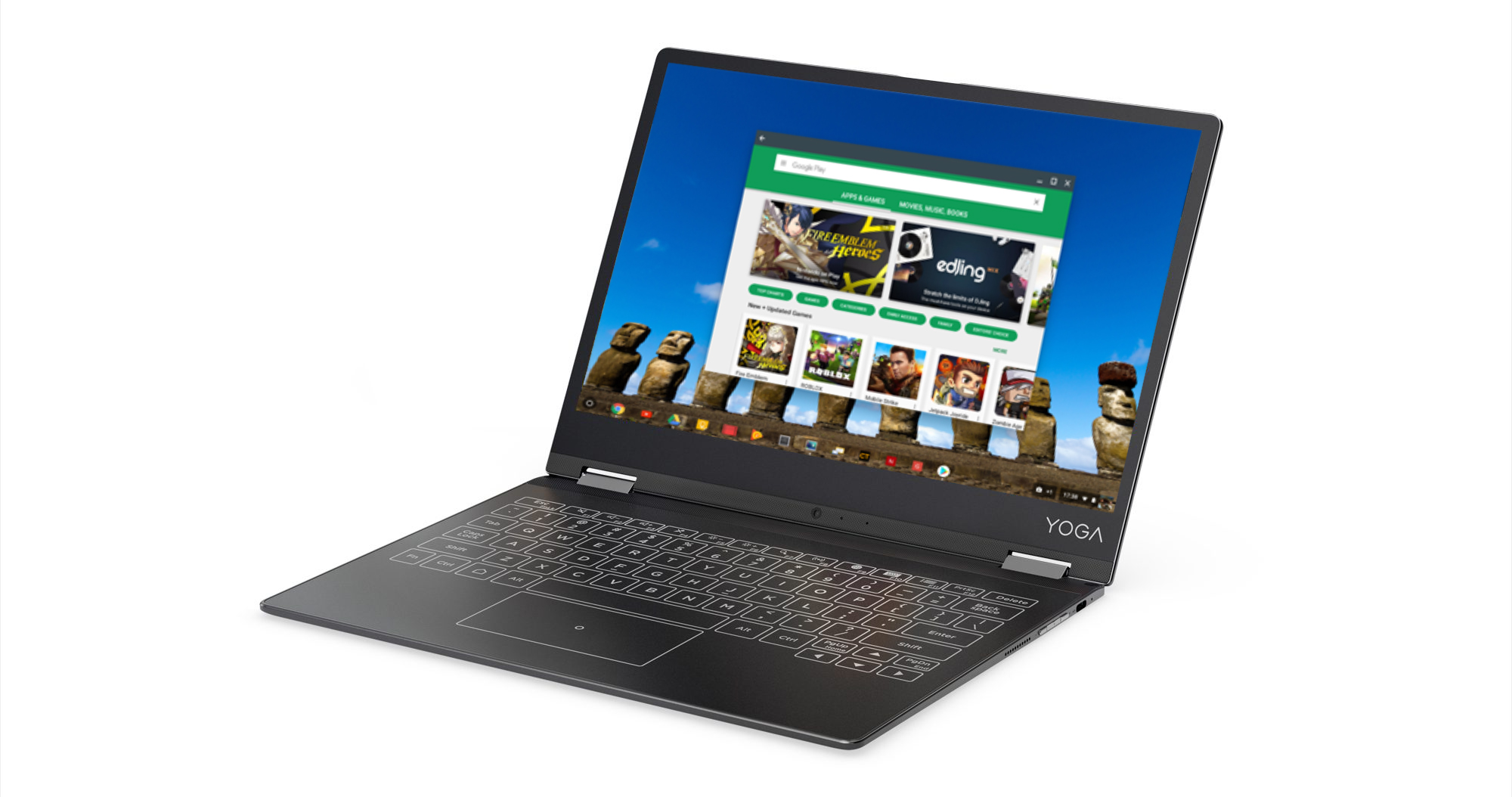 Earlier today Lenovo unveiled a new version of its Yoga Book tablet from last year, the Yoga A12. The new larger, more affordable machine offers lesser specifications, but with the added screen real-estate and larger footprint the update makes total sense. My biggest question? Why is this not a Chromebook?

Since the Yoga Book first debuted, Chrome OS fans have been practically begging for a Chromebook with the ‘Halo’ keyboard and ultra-portable form factor. Eventually, Lenovo heard those calls and confirmed that it would be working on a Chrome OS variant of the Yoga Book. However, we’ve yet to see that.

Now, with the launch of the Yoga A12, Lenovo is pushing this form factor forward, and in a great way. The A12 may cut down the specs compared to the premium model, trading 4GB for 2GB and FHD for just HD, but not without improvements.

The A12 improves the Yoga Book in one major way – it’s bigger. The Yoga Book measures in at 10.1-inches, which is a respectable size for an Android or Windows tablet. However, as a productivity device, that smaller size was the machine’s Achilles heal. It restricted how much you could get done on screen, and limited the size of the touch-based ‘Halo’ keyboard.

During my use of the original Yoga Book, I came to really enjoy typing on that keyboard, but found the size limited my typing speed and accuracy. The larger size of the 12.2-inch A12, though, should solve this with a little extra breathing room for those various keys. 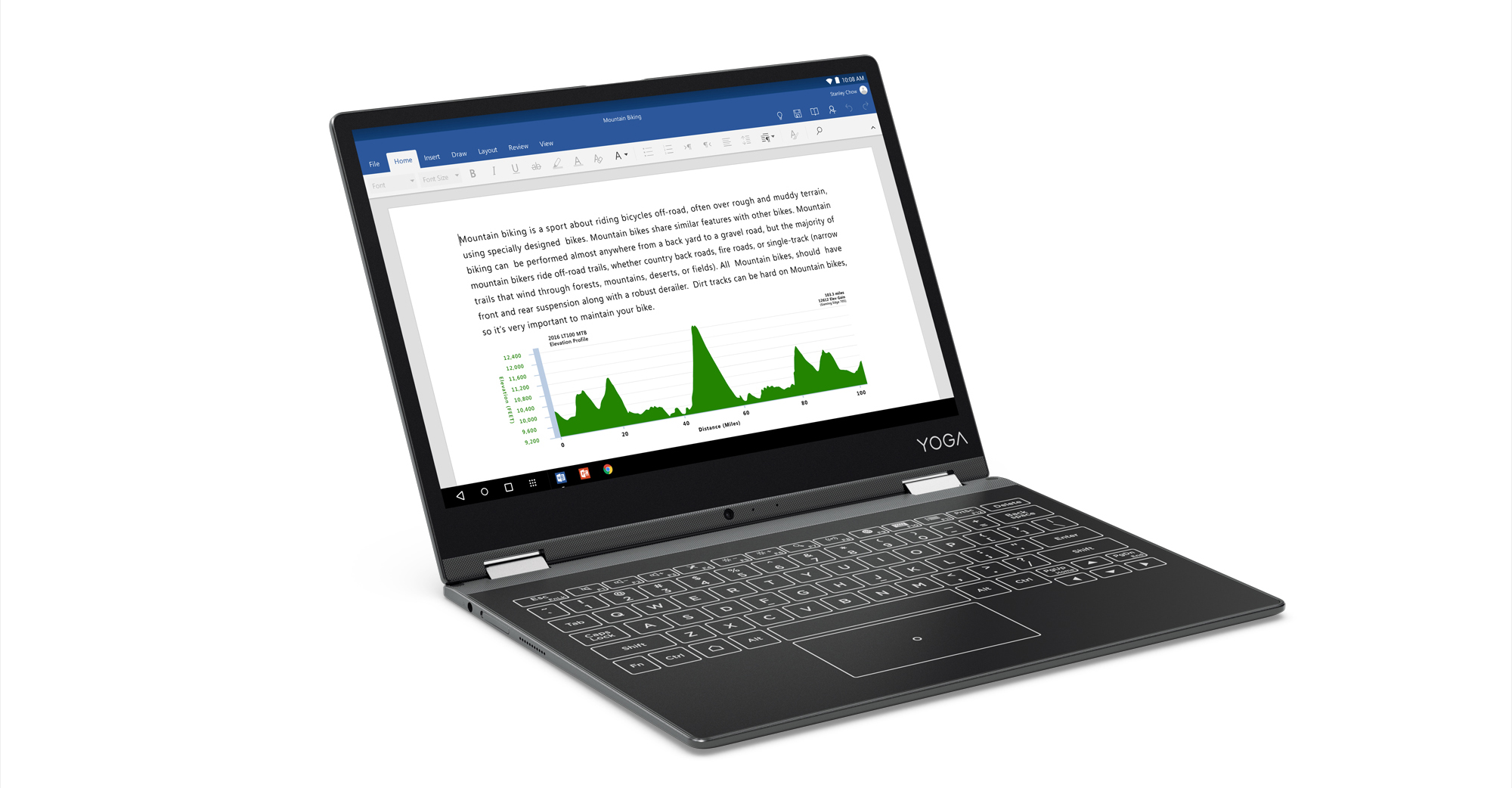 All of that is fantastic, but the biggest issue really comes down to the software. The A12 runs on Android, which isn’t a bad thing as it’s a very capable OS for productivity, especially with Nougat. However, Chrome OS has been proven time and time again that it’s better for getting things done with Android, and now that it has access to Android apps, there’s really no excuse not to give it favor.

Further, an ultra-thin Chromebook ‘tablet’ is pretty much an untapped market at this point. Sure, we’ve got thin and light machines such as the Samsung Chromebook Plus and ASUS Flip 2, but nothing that matches the stunning 5.4mm of the Yoga A12. Of course, there will apparently be Chrome OS tablets ‘soon,‘ but there’s something to be said about the elegance of Lenovo’s 2-in-1 design on the A12, as it’s something that I doubt we’ll see from other OEMs.

With better hardware, affordable $299 price tag, and reasonable specifications, I truly believe the Yoga A12 would make a fantastic Chromebook, but alas, for now, we’ll have to stick with Android. Hopefully, we’ll get a Chromebook with this hardware as the year progresses…