After everything that happened with the Samsung Galaxy Note 7 last year, many customers have been fairly wary about the company’s devices, some even stating that they’ll never use a smartphone made by the Korean giant ever again. Now, that lack of trust is showing, as Samsung’s reputation in the United States has plummeted down to #49 out of 100.

In a yearly survey by Harris Poll, Samsung has ranked in the 49th spot out of 100 compared with other major companies selling products and services in the United States. That survey is conducted with over 30,000 adult customers in the US and ranks the likes of Amazon, Apple, Google, several car manufacturers, retail outlets, and many more (as seen below).

In 2015, Samsung ended up in 3rd place, topping even Apple and Google, but it’s clear that the Note 7 has had a major impact on consumers as the ranking dropped 46 spots in the time since. Last year, the company still landed in 7th place. By comparison, Apple and Google stuck in the top 10 with Amazon taking the top spot, and Telsa making its debut in 9th place.

Harris’ survey analyzes the reputation of a brand based on several different aspects which are organized into 6 major categories including social responsibility, financial performance, vision and leadership, workplace environment, emotional appeal, and products and services. It’s pretty clear that product and services is what hurt Samsung this year, but recent issues with executives at the company didn’t help out either. 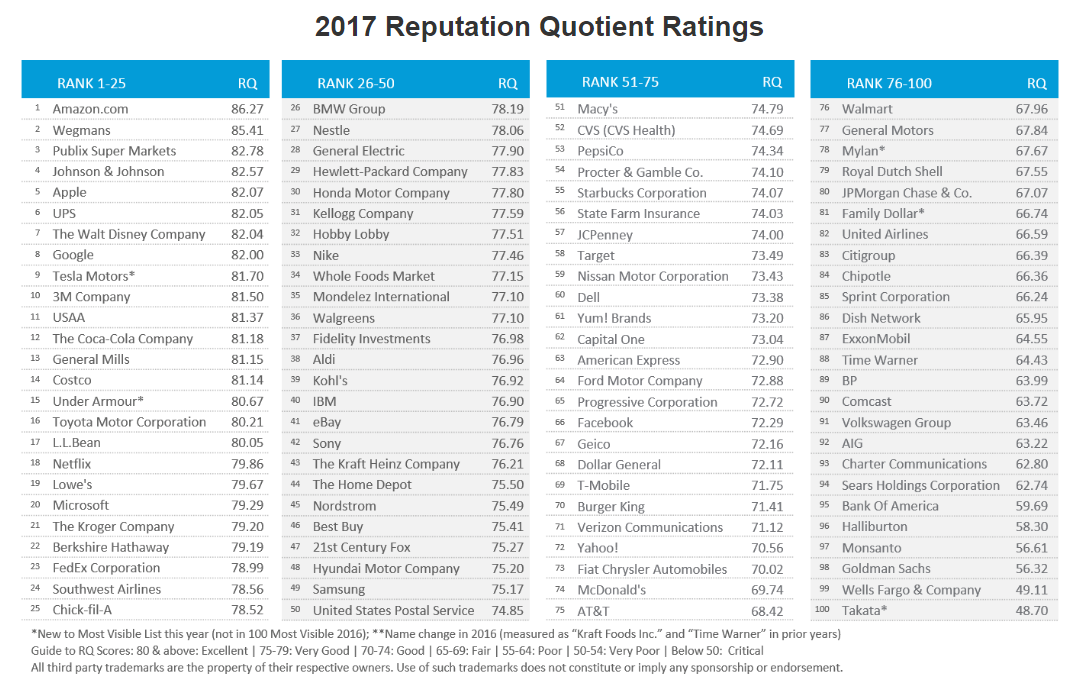