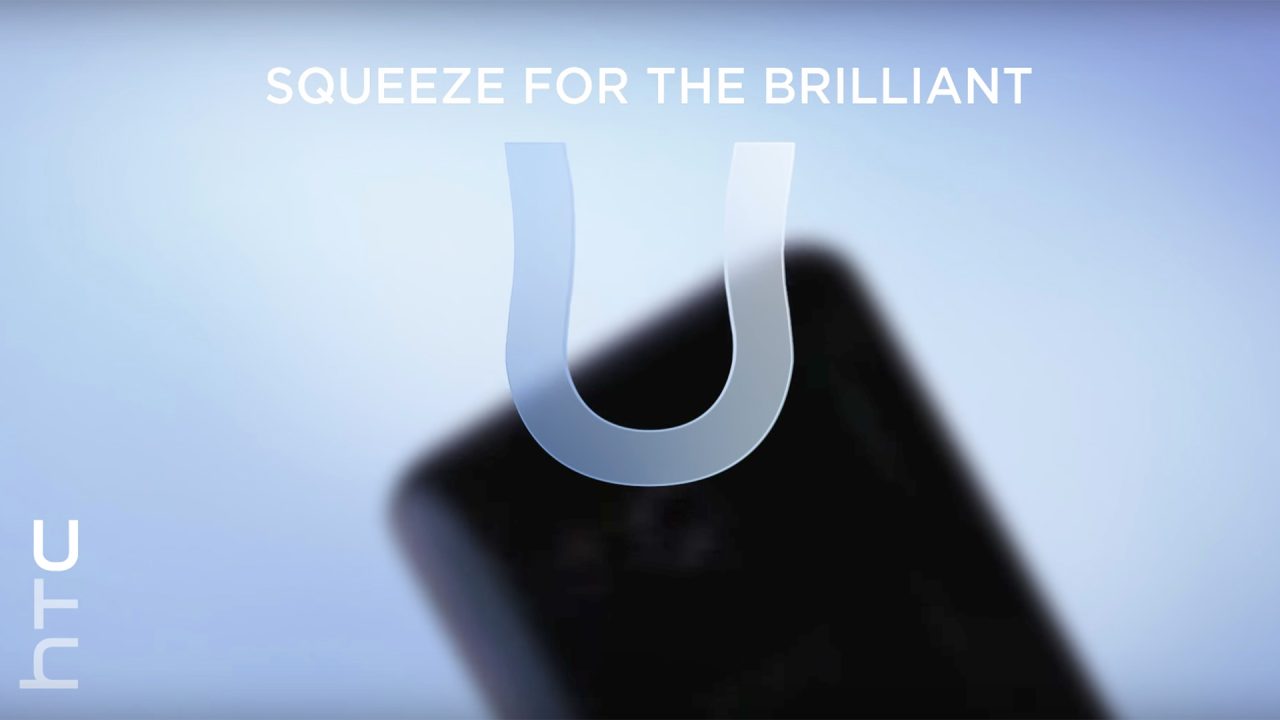 HTC has not been at the top of its game for quite some time now, churning out devices not on par with the competition and, at times, full of questionable choices.

However, its upcoming U 11 flagship is seemingly set to turn things around for the Taiwanese company, and alongside innovative tech we now may have its full — and, yes, competitive — spec sheet (via MySmartPrice)…

Rumors about HTC’s “Ocean” had been floating around for months when some consistent leaks revealed that the initially-deemed-as-concept phone was, in fact, a real device, set to debut on the market some time in the first half of the year. We learned that it would follow the firm’s two previous “U”-branded flagships, but also pay tribute to its predecessor, and arrive as the U 11.

Where both the U Play and U Ultra seemed timid in their approach to battling the big guys (read: LG‘s G6 and Samsung‘s Galaxy S8), the U 11 looks to be more on the aggressive side. As per MySmartPrice‘s obtained info, in fact, there’s more than one or two components to drool over.

To start with, the U 11 will come equipped with Qualcomm’s latest and greatest, the Snapdragon 835, and a whopping 6GB of RAM to match it. The display reportedly measures in at 5.5-inches with QHD resolution, while a non-removable 3000mAh battery will have to keep up with everything.

Cameras will use HTC’s UltraPixel technology, here dubbed “UltraPixel 3,” with 12MP (and an ultra-wide f/1.7 lens) and 16MP (f/2.0) shooters for back and front respectively (the sheet also mentions “UltraSpeed” autofocus for the rear eye). The 64 and 128 GB storage capacity options will also be expandable, with microSD cards’ support up to 2TB.

The phone’s shell itself, however, is not to be dismissed — despite Evan Blass’ most recent depiction of it showing a rather uninteresting design. It is said to come with some interesting features, like IP67 dust and water resistance and the touch-sensitive frame (whose software use is all to be determined), here enlisted under the “Edge Sense” moniker.

For audio fans out there, HTC’s signature BoomSound is also mentioned, although front-firing speakers are nowhere to be found, so expect something along the lines of the HTC A9‘s hybrid system. A fingerprint scanner and a Type-C USB will also be there, of course; just don’t hold your breath for a headphone jack. 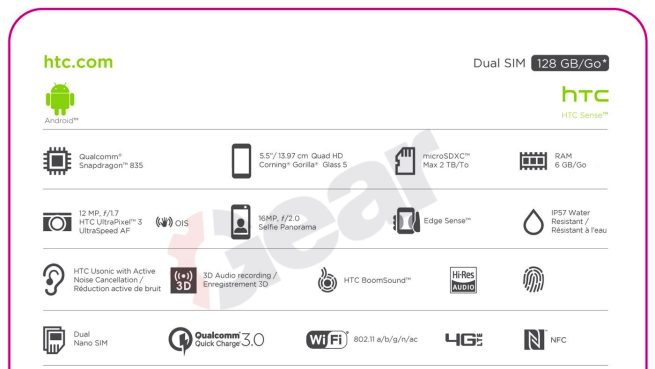