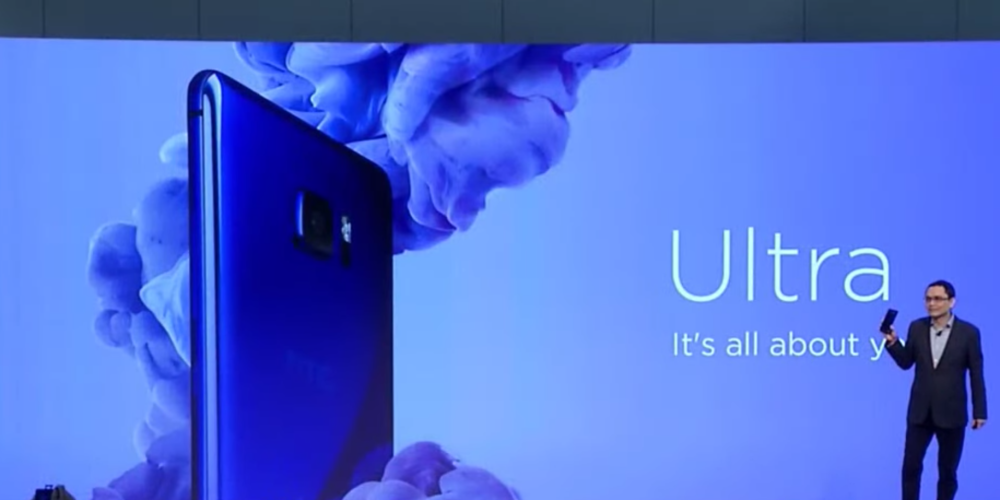 Extensively leaked throughout the week, HTC has officially announced its U line of devices. The 5.7-inch U Ultra and 5.2-inch U Play feature a brand new curved glass design, with a particular focus on machine learning to provide smart features based on user habits.

For HTC, the U line is a noticeable departure from their past metal unibody design. The curved rear is made of glass with only a thin aluminum frame that integrates antenna lines. HTC notes a seamless, symmetrical design between the glass and metal on both sides.

The company argues that the secondary 2.05-inch (160×1040) display found on the U Ultra is more purposeful than takes by other companies. Its Sense Companion learns user habits through machine learning to provide useful features like notifications, reminders, and by acting as an app launcher.

Charged via USB-C, the device drops the 3.5mm headphone jack, though includes USB-C headphones that scans the wearer’s ear. The 12MP Ultra Pixel camera sensor features OIS, f/1.8 aperture, and phase-detect autofcus. On the front, there is a 16MP camera.

Meanwhile, the 5.2-inch ticker-less U Play is downgraded to a MediaTek Helio P10 processor with 3/4GB of RAM, only 32GB or 64GB of storage, and a 2,500mAH battery. The camera is 16MP, but with smaller pixels for worse low-light performance. This device will be coming later in the year.

These devices will be available in Brilliant Black, Cosmetic Pink, Ice White, and Sapphire Blue. In the US, the HTC U Ultra costs $749 unlocked with pre-orders from HTC.com shipping in mid-March.