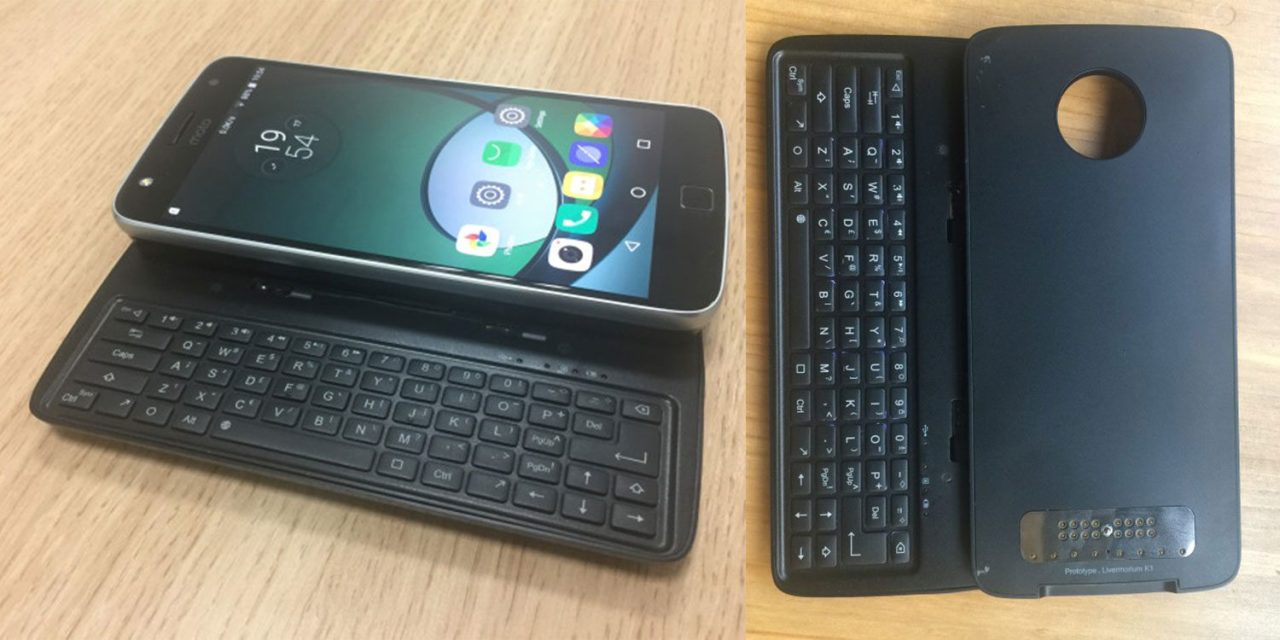 Motorola got serious about building out a community of hardware makers for its Moto Mods platform last year, and there have been a few standout ideas so far: Amazon Alexa hardware, gamepads, and of course the trusty physical keyboard mod. Now, that last concept has hit its goal on Indiegogo, suggesting that maybe it will actually come to fruition in time for the 2nd gen. Moto Z…

The team behind the new keyboard Moto Mod, Liangchen Chen and Arrow Electronics based in London, have raised $103,866 USD from 923 backers so far — just recently hitting their goal of $100k.

As you can tell in the above photo, the mod is basically just a blast back to a past where smartphones had physical sliding QWERTY keyboards. Like other Moto Mods, the add-on will snap to the back of your device and slide out so that you can type and send text messages. The group also says that they’re considering adding a battery to the mod to extend your phone’s battery life.

The Keyboard Mod features a 5-row landscape QWERTY keyboard that slides out and tilts between 0 and 45 degrees. We’re also considering including a battery to extend the phone’s battery life.

Being the Moto Z as old as it is, it’s likely that Moto could promote this mod as one of a library of third-party created mods alongside the launch of the second-generation Moto Z. Given that Moto has been so serious about helping these companies get started (and get their projects funded on Indiegogo), it’s pretty safe to say all of these mods will work perfectly with the new device. They’ll also likely work with the first generation Moto Z, since that phone is the one they’ve been built for.

A leak of the 2nd generation Moto Z Force from last month showed that it’s going to have another ridiculously thin design, a nifty dual-camera setup, and Lenovo branding.

Head over to Indieogo if you want to take a bet on the keyboard Moto Mod. You shouldn’t look at crowdfunding sites as stores, but there are still plenty of $60 early bird options to grab one. Now is the hard part, though — actually bringing this thing to real life.