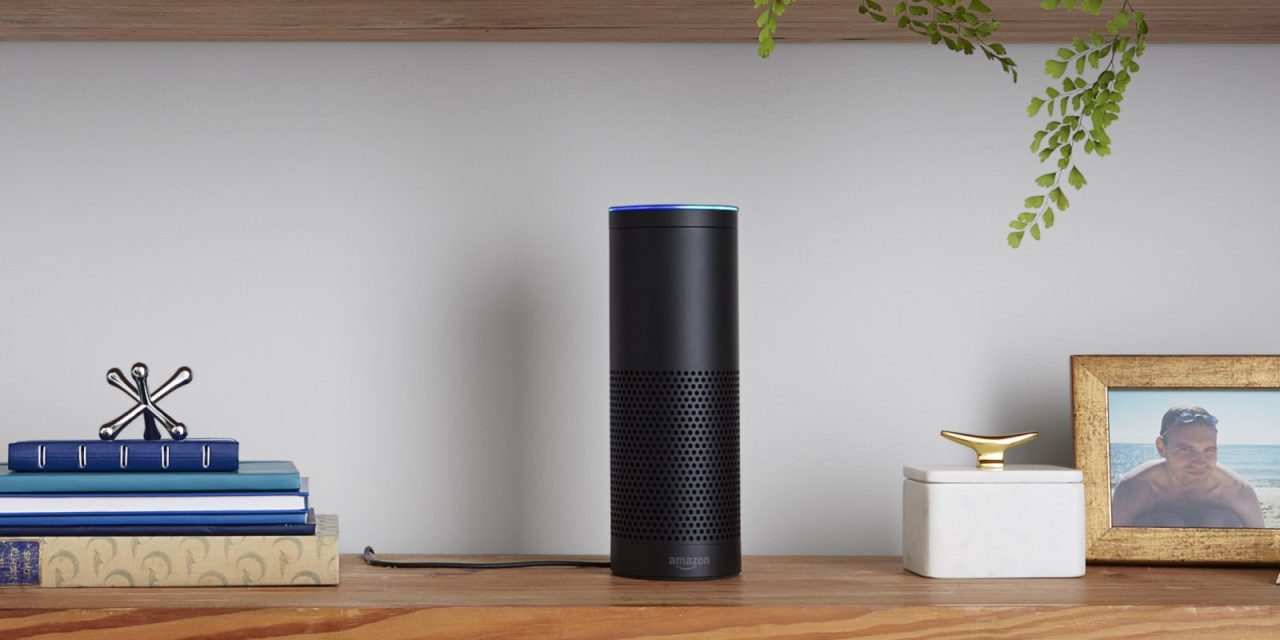 While the next Google Home is rumored to double as a mesh Wi-Fi router, Amazon’s upcoming Echo is reportedly adding a built-in display. In a leaked image, the new device is more monolithic, featuring a color display and possibly a camera.

The leak comes from AFTVnews, who has a particularly good record of scooping upcoming Amazon products. Codenamed “Knight,” it is expected “later this month” and will be the company’s “flagship Alexa device.”

The entire unit has a slant that angles slightly upwards so that the 7-inch touchscreen will be visible when looking down on it. From the blurry image, the interface shows the time in the top left corner with calendar events underneath. The backdrop is of clouds, though users will likely be able to customize that.

In terms of designing UIs, Amazon has had several years of experience with its Fire line of tablets. Assuming Amazon builds a visual interface that allows users to navigate through commands, in addition to speaking them aloud, a screen would be convenient in certain situations.

Below the display is a large speaker grill that will reportedly output better sound than the current Echo. Similar to the recently announced Echo Look, there appears to be a camera just above the display.

AFTVnews speculates that it will priced above $200 given that it will be an improvement to the existing Echo, but come in under $300.

Update: Additional, higher-res images of the device have been released by Evleaks. A clearer view of the UI reveals a weather widget, as well as what appears to be notifications for messages. At the bottom, there is a carousel that allows users to swipe through to see more information or prompts.