When ZTE released the ZMax Pro last year, we were very impressed with its performance and features — especially for a device as inexpensive as $99. It had some minor drawbacks — a lack of fast charging and a subpar camera, to name a couple — but it was undeniably one of the best deals around for MetroPCS customers.

The Blade X Max is essentially a refreshed version of the ZMax Pro coming soon to Cricket Wireless, bringing updated specs and minor improvements to an almost identical design. While the price is slightly higher this time around, it’s still a great prepaid option for all the same reasons as its predecessor.

The Blade X Max is a huge phone. Its 6-inch IPS display takes up the majority of the face, though there are also capacitive keys rather than on-screen controls underneath, making the device even taller than it otherwise would’ve been. It’s fairly hefty at 181 grams, but that weight is nicely distributed to make the phone feel solidly built without weighing you down.

Despite an all-plastic design, the Blade X Max doesn’t feel cheap at all; there’s no creaking or give in the chassis, and it’s comfortable in the hand thanks to the rounded edges. ZTE did a good job with control placement as well, placing the power and volume buttons along the right side and the fingerprint sensor on the back for easy access. 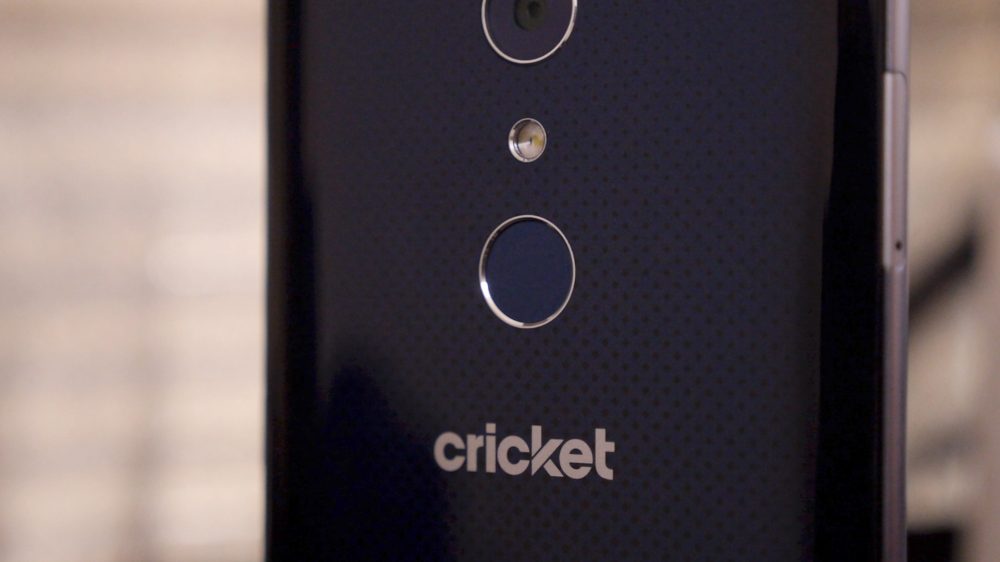 The fingerprint sensor is much better than I had expected. It’s recessed a decent amount into the body to make it very easy to find with your finger, and though it’s not as fast as the sensors in many high-end devices, I found it to be just as accurate. In fact, I’ve had more luck with the fingerprint sensor on the Blade X Max than on my Galaxy S8, whose sensor is so unreliable at times that I’ve given up and defaulted to other security methods.

The specs are equally impressive on the Blade X Max. There’s a 1.4 GHz octa-core Snapdragon 435 chipset inside, with 2 GB RAM and 32 GB storage, expandable via microSD. Strangely there’s no 802.11ac WiFi, but you still get b/g/n and Bluetooth 4.2. NFC and wireless charging are also missing, but ZTE doesn’t think most of the demographic will mind.

The display is made of Dragontail Glass rather than Gorilla Glass, and it’s relatively sharp at 1080p. I actually really like the Blade’s display; it has outstandingly good viewing angles and it’s perfectly visible in direct lighting. My only complaint is that it doesn’t get very dim, making it less than ideal for bedside reading. 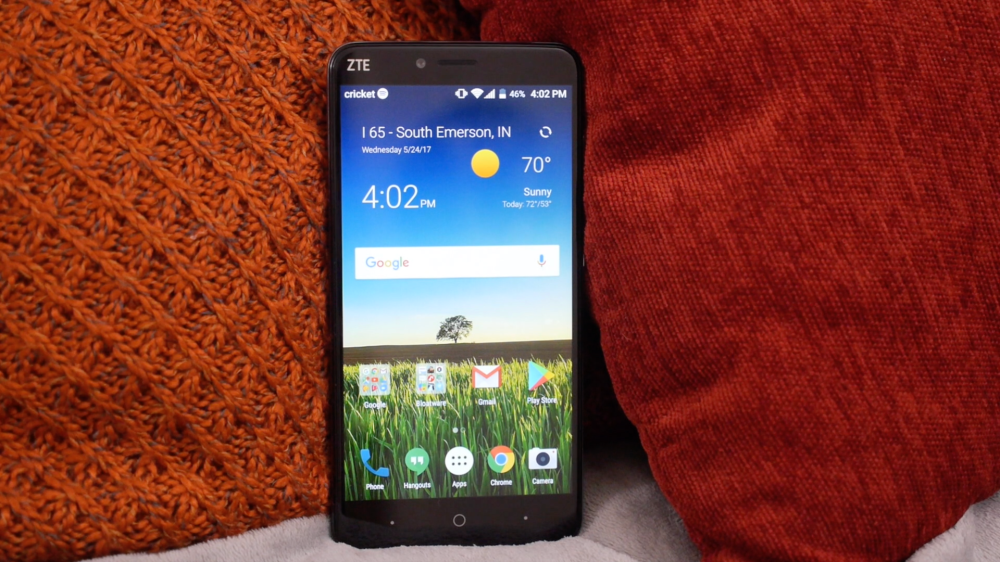 In addition to the great hardware, the software experience on the Blade X Max is very lightweight and close to stock. It’s running Android 7.1.1 Nougat with ZTE’s minimal tweaks, almost all of which actually improve the Android experience. You’re able to swap the navigation keys in case you prefer the back button to be on the right for … whatever reason, and you can swipe down from anywhere on the homescreen to pull down the notification shade. This is an incredibly useful feature that you’ll usually only find on custom launchers, and it’s especially convenient on such a big phone.

The Blade X Max runs pretty smoothly through the OS for the most part, but it’s not perfect. Even just flipping through home screens and the app drawer can be a little sluggish at times, and games as light as Tetris are enough to slow it down even more. It’s still perfectly usable though, and performance is significantly better than most other phones in the same price range. 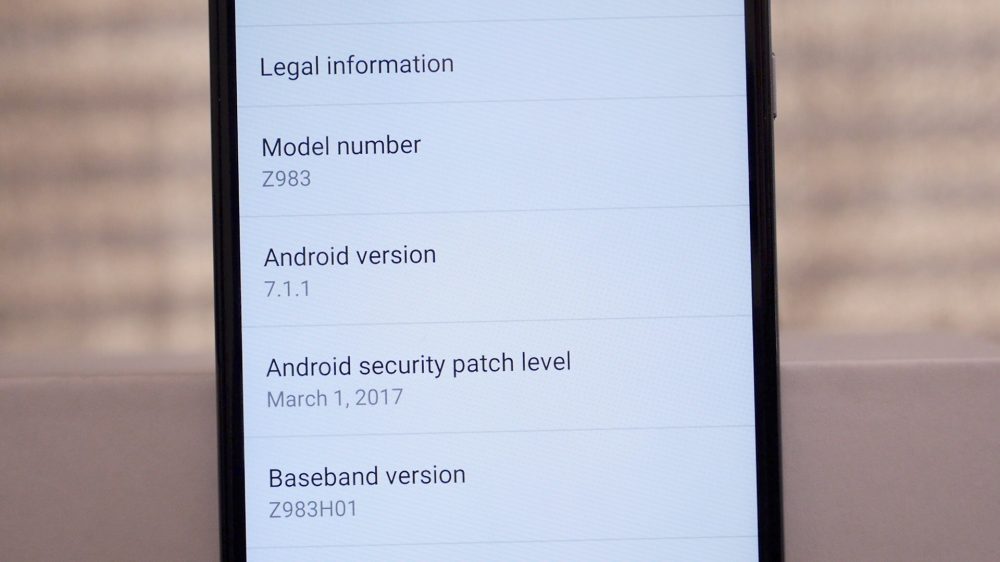 There’s an abundance of pre-installed carrier apps and bloatware on the Blade X Max, but on the bright side you can uninstall or disable most of it. Some of it is genuinely useful — I’ve used Photo Grid in the past to create collages, and Deezer is a decent alternative to Spotify or Google Play Music.

On the other hand, Beacon Flashlight seem redundant when there’s already a flashlight shortcut in the quick settings, and it automatically enables an additional lock screen with ads the first time you open it. Most won’t think to look in the settings of a flashlight app to disable a lock screen, and even once you turn it off the app keeps running in the background until you force stop it in the settings. This kind of aggressive hijacking from a pre-installed app is frustrating at best … and unacceptable at worst. 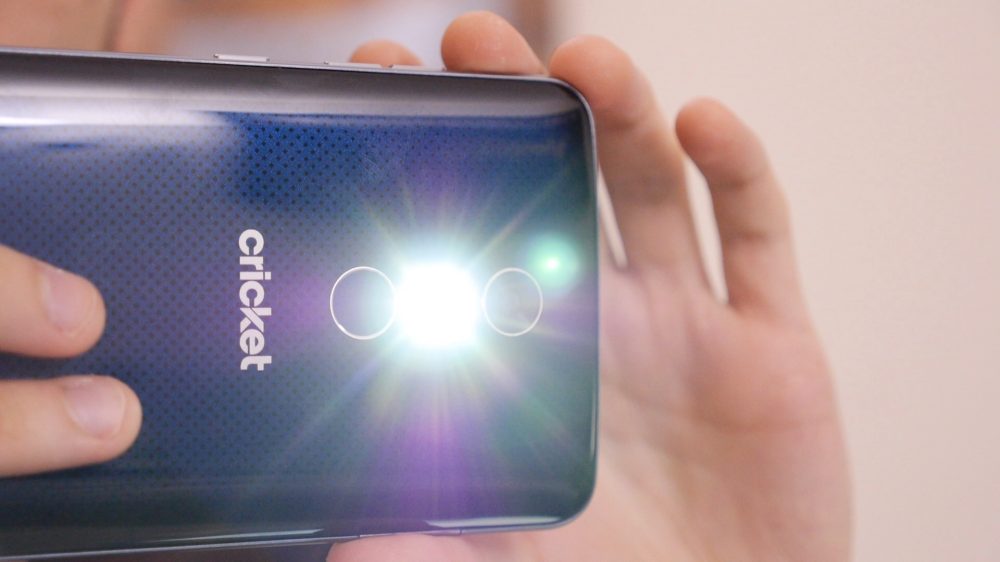 “Adequate” feels like the best word to describe the cameras on the Blade X Max. They’re far from replacing a dedicated camera or topping DxOMark, but they’re also perfectly acceptable given the Blade’s cost.

The 13 MP primary camera is plenty good enough for posting photos to social media, with nice colors and fairly sharp focus. As expected from such an inexpensive phone, the camera is no good in low light, but where I was more disappointed was in the shutter speed. It’s much too slow of a camera to capture motion of any kind, leading to excessive motion blur more often than not ruining a shot. Similarly, the front camera is very slow and lacking in detail. 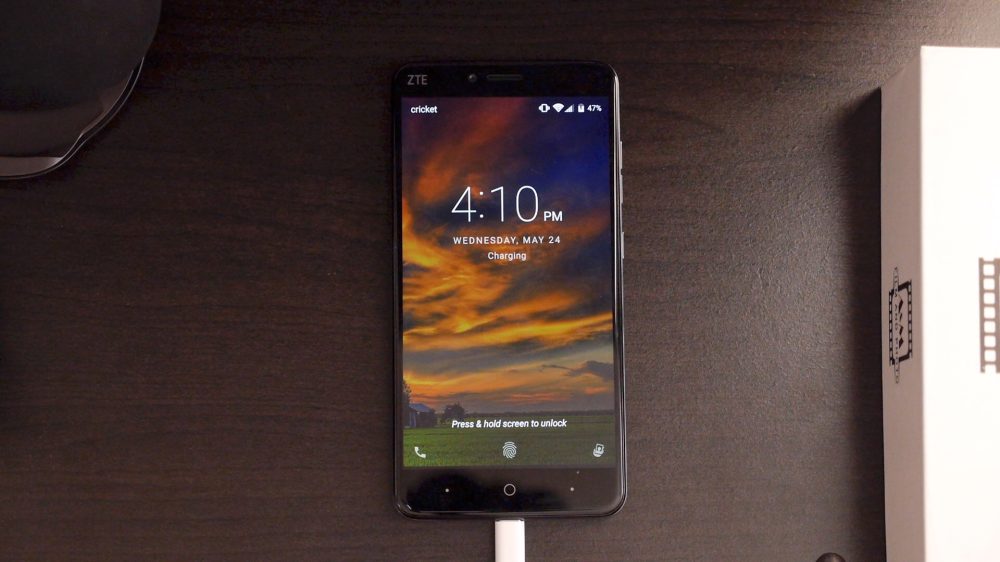 The 3400 mAh battery sealed inside of the Blade X Max is more than good enough to last through an entire day. It’s not impossible to drain in one day, but even heavy usage always left me with around 20% left over by night. Should the Blade die on you prematurely, it’s capable of fast charging through its USB-C port, topping back up from 0% in under two hours.

For just $150, the Blade X Max is a great offering for Cricket Wireless customers. Its combination of long battery life, a huge screen, and a clean and current version of Android make it stand out against some of the similarly priced alternatives on Cricket’s site like the LG Stylo 3.

To further sweeten the deal, Cricket is offering $50 off of the Blade X Max for new customers who port over their phone number from their previous carrier. While some of the other options have perks of their own, like the Alcatel Idol 4 and its included VR headset, the Blade X Max is certainly appealing to prepaid customers looking for a large-screened phone.