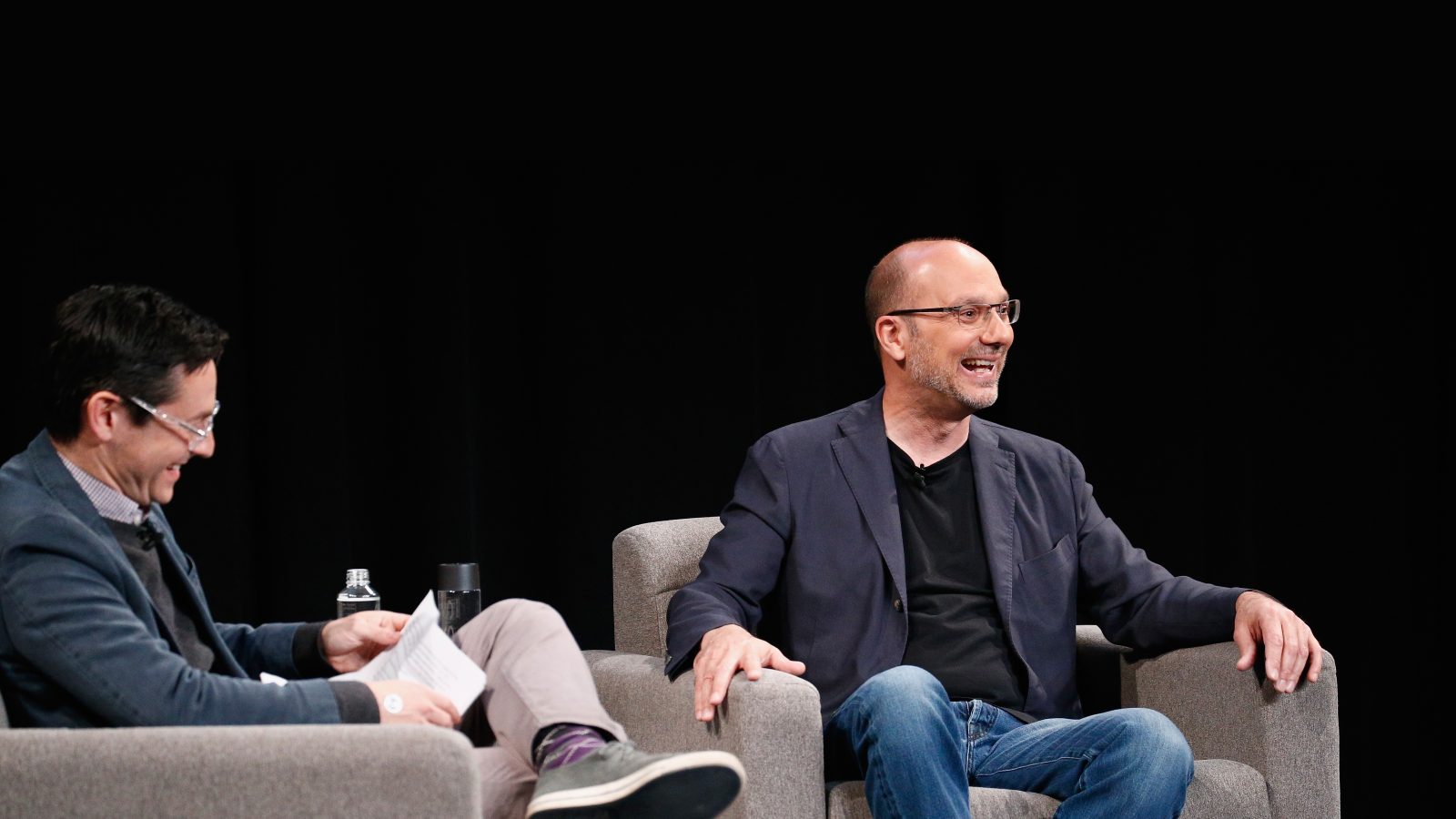 This past Wednesday at WIRED’s Business Conference, Andy Rubin took the stage to share more about his new company, Essential. Having begun teasing various products over the previous months, we were eager to hear more.

After his on-stage appearance, 9to5Google got time to sit down with Rubin. We discussed how AmbientOS plans to play well with others, what his vision for the company is, and consumer walled-gardens.

Essential is a relatively new company born out of Rubin’s venture fund, Playground. The fund seeks to explore the next technological ecosystem, and how to build products for them. Essential’s first two flagship products, the Phone and Home, are examples of ecosystems he believes can be better handled today.

It’s easy to assume that Essential is yet another Android phone company. Based on the conversations 9to5Google had with Rubin after his on-stage event, it becomes evident that he is thinking past the Phone and Home products. Teasing on-stage that the third major product could be in the automotive sphere, Rubin looks to be going after major consumer products with his new company.

In sitting down with Rubin, the conversation kicked off with how Essential plans to integrate AmbientOS across various home automation platforms. “What Apple has with HomeKit is a bunch of individual consumer electronics companies enabling HomeKit with their products,” said Rubin.

Rubin spoke confidently about the idea that AmbientOS’ power won’t come from attempting to connect to HomeKit directly, but rather connecting to the companies that connect to HomeKit. “They’re the ones that are plugging into Apple’s API…so the trick that I talked about on stage is that I can produce these same APIs.” 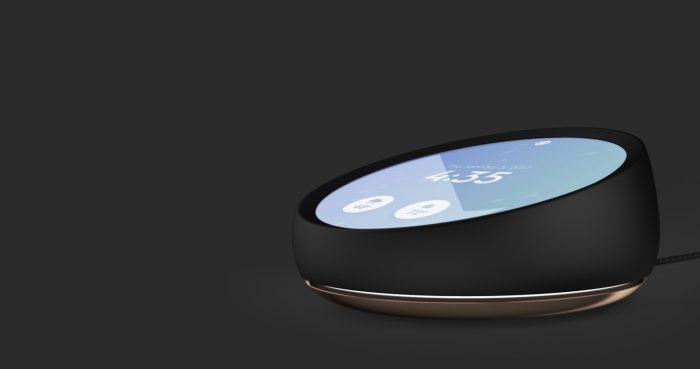 He went on to say, “I can call it Essential Kit, and those same exact APIs that somebody’s already developed for…I’m compatible with.” What Rubin might be referring to is not services like Nest’s Weave or SmartThings, but rather APIs for the hardware those services support. Think X10 or the Zigbee wireless protocol for home automation. Rubin continues, “This is Windows emulation for IOT APIs of all these people that are building these islands. And if I emulate eight things, I turn it on and control 100,000 devices.”

During discussions of AmbientOS, Rubin passed us a large, black, 5-inch round display, the display that will find its way into the Essential Home. Unfortunately, we weren’t allowed to photograph it, but it’s worth mentioning that the display is bigger than you’d expect in person. A 5-inch smartphone display looked like a toy in comparison to this,

Rubin said that because of the demand that smartphones have driven over the past few years, components in those devices are found in many home assistants. The Essential Home has a round LCD and “basically after that everything that’s in a smartphone.” He reminded us that he was on Google’s speech team at one point, and relates to that as the reason why the Essential Home contains far-field speech recognition, and an array microphone.

The Essential Phone’s magnetic connector quickly draws similarities between previous modular devices like the Google Aura or Moto Mods. The question that arises is how this will be different, at least from a consumer’s perspective. Rubin wants us to understand that it is not a modular phone. The Essential Phone is built to be a pro consumer device, and the magnetic accessory port is meant to fill in the gaps that 24-month upgrade cycles can’t.

“The reason we built this magnetic connector [was] to continuously produce innovation and show it to the consumer happening in real time. It’s almost like software updates for hardware…and you know we have a deep list of things that we want to get to in that.” 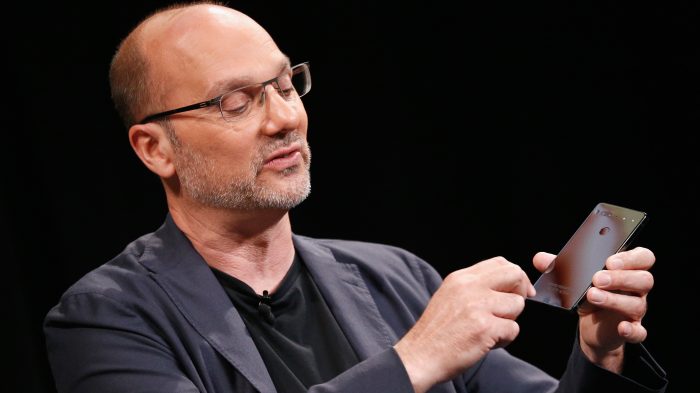 Andy Rubin and his Essential Phone

“Is that why you started with the 360 camera?”, we asked. “I’m hoping that it’s going to be a format change in the future. I think I can kind of move the needle a little bit in that format change by taking the world’s largest mass market product and adding something onto it rather than trying to create something completely new.”

What’s next for Essential?

Outside of teasing Essential’s next product as being in the automotive industry, we still had two major questions for Rubin. How will his brand attract consumers? And what does Essential represent, in his mind, as a whole?

“It’s interoperability. It’s anti-walled garden. These other companies, especially the walled gardens, the way they look at it is they’re sitting here with their ecosystem and they expect people to come to them. And they get to be the tollgate guy and say yes or no. We’re actively going out and making our products work with other people’s products because we know that’s how consumers want to live.”

What do Rubin’s ideals mean for augmented reality and his companies? Playground currently has two investments in AR companies, but Rubin remarks that there are “baby steps into AR and there’s all-in. Scoble’s all-in is the shower picture.”

In AR he says he’s seen more interactive media, or “game-like movies” where “you’re both a participant and a viewer.” He doesn’t believe people are accustomed to that, and that AR needs to be one way or the other. “It’s not ready for prime time. And there will be a day where you might have a head mounted display and it costs $199 and just plug in your cell phone.”

Stay tuned to 9to5Google for more Essential news as the company prepares to launch its first two products and catch up with all our past Essential coverage here.