Android TV is neglected in a lot of ways, but Google is finally giving it some attention as we approach the debut of Android O. Today the company has updated the YouTube app for Android TV out of nowhere, and it brings a massive redesign and more.

The YouTube app for Android TV has been essentially the same since the platform launched with slight tweaks here and there while the service’s other apps for the big screen have seen some major changes. Newer TVs with YouTube feature a very nice UI that was totally different from Android TV’s, but version 2.0 changes that and brings Android TV up to speed (via Android Police).

The new UI is still in the same realm as Android TV’s overall design guidelines and other apps, but there are clear changes throughout. On the main screen, YouTube still offers up quick access to subscriptions and trending videos, but things are slightly rearranged.

On the sidebar (seen above), you’ll notice less sections as the watch later and purchases options have moved. The main screen is also broken out horizontally with categories rather than vertically.

Colors have also been swapped to feature a darker background with white highlights for selected content. This is an especially nice perk of the new design. 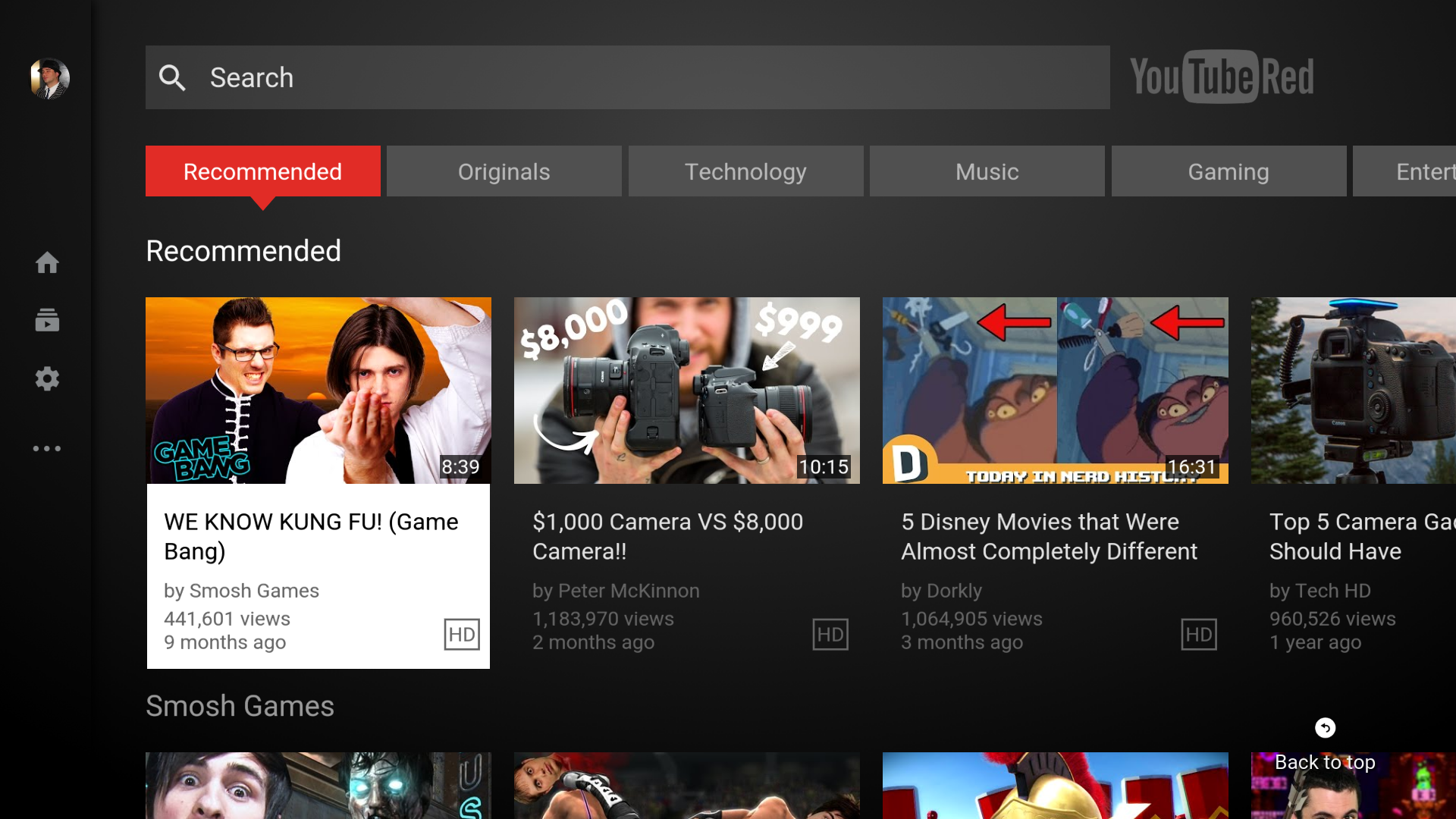 The overall functionality of the app is mostly the same, but some elements have been changed in negative ways. The biggest example of this is the search UI which now has an app-based (non-QWERTY) keyboard rather than using Android TV’s system keyboard. It’s a small change, but one that may get a bit annoying. Luckily you’ll probably be using the voice search for the most part anyway. 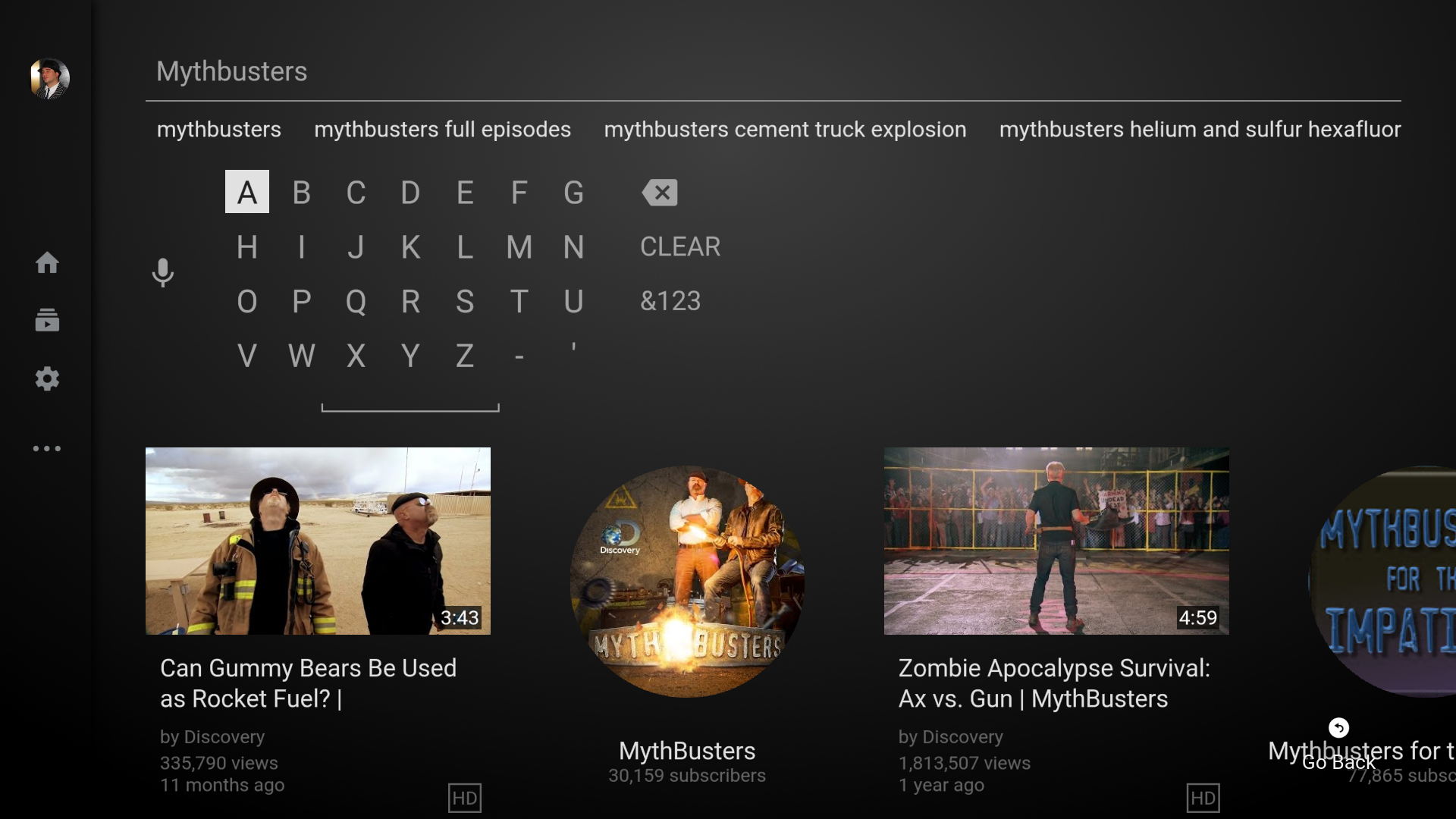 As for the best change, I’d easily say it’s the video player. Gone is the intrusive giant red bar, replaced with a thinner seek bar similar to what you’d see on a smartphone. It’s a great change that also makes more room for video suggestions and the title, all while letting you see almost the entire video. It is a bit annoying, though, that the like/dislike and subscribe buttons have been hidden beneath a second menu. It is great to see an option to turn off auto-play though. 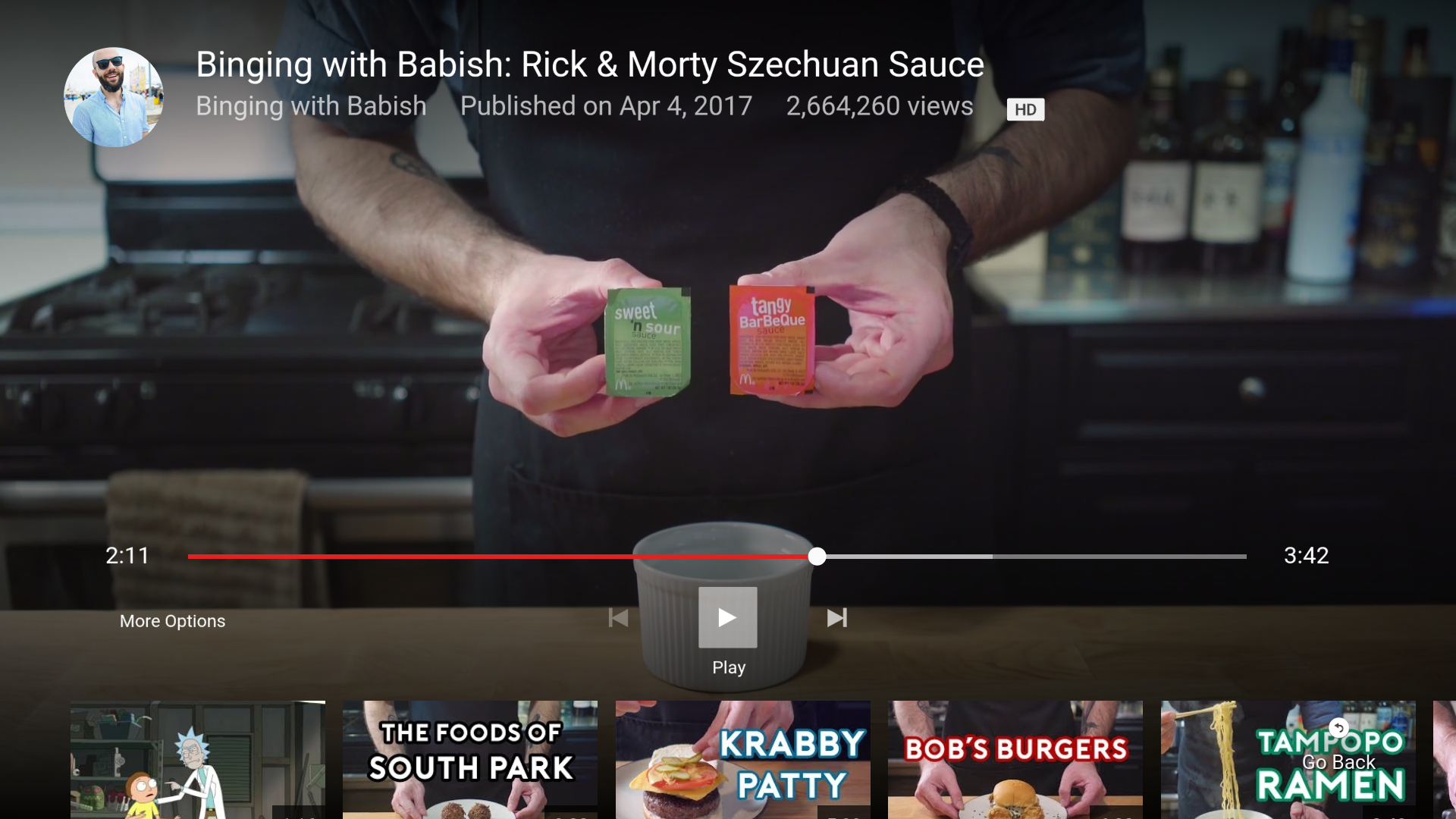 YouTube for Android TV version 2.0 is available for download now via Google Play on all Android TV devices, but as per usual, the rollout is probably going to take a little while. My 2017 Nvidia Shield has yet to pick up the update, but you can also sideload the APK if you so desire.