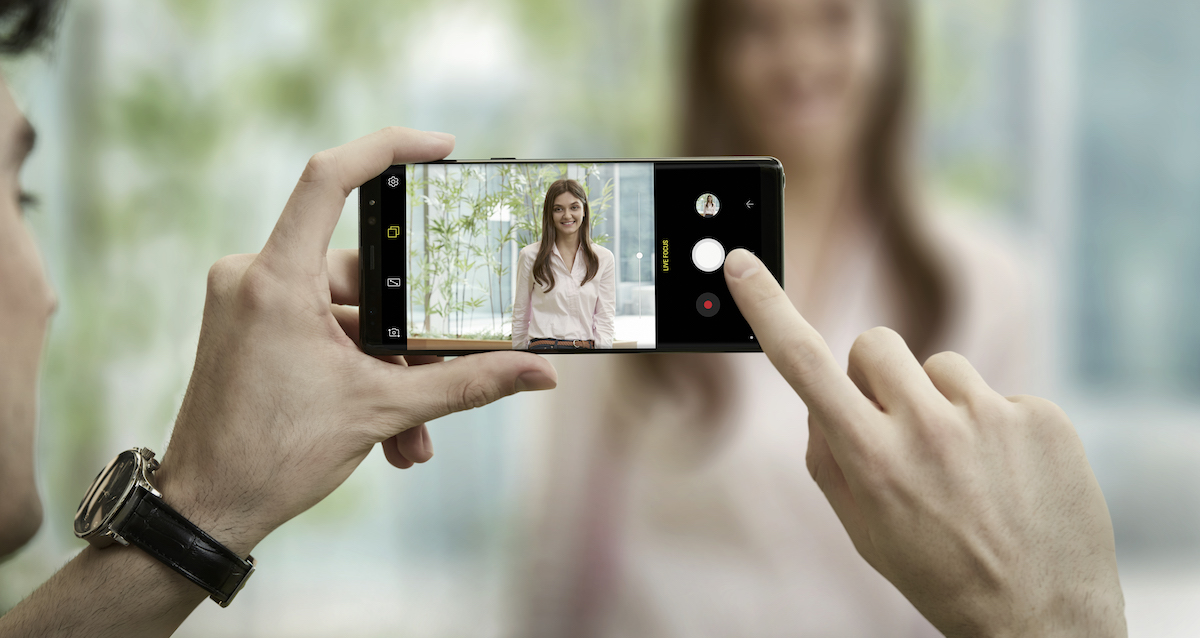 Samsung has officially unveiled the Galaxy Note 8, and with it, announced that the handset would begin shipping on September 15. Not mentioned on stage was the fact that many carriers will begin taking pre-orders starting tomorrow, August 24…

As the Galaxy Note 8 is anticipated to be a popular smartphone this holiday season, almost every single mobile carrier is going to be offering the handset. As long as you aren’t tied to a current contract, you will be able to shop around as each company will be offering the handset at slightly different prices.

Additionally, if you purchase a Galaxy Note 8 between August 24th and September 24th, Samsung will give you either a Gear 360 camera or the Galaxy Foundation Kit which includes a 128GB EVO+ microSD card and a fast wireless charging pad for free. Once you get your phone, you will have to register it on Samsung’s site and provide proof of purchase before they will send you either item.

Lastly, as an apology to those who bought the Note 7 last year, Samsung will give customers up to $425 when they trade-in their current smartphone. Of course, the amount you will receive will depend on the age and condition of the handset.

You can purchase the Note 8 directly from Samsung for $930.

Verizon will open up pre-orders for the Midnight Black and Orchid Grey Note 8 starting on August 24. The handset will cost $960, or customers can break up the charges and pay $40 a month for 24 months.

As well, Verizon is offering the following deal:

Get your new Galaxy Note8 on Verizon and take advantage of some great deals including up to 50 percent off with eligible trade-in. Better still, get a free 128 GB Memory Card and Fast Charge Wireless Charging Convertible (valued at $189.98) or Gear 360 camera (valued at $229.99) with your purchase, while supplies last. Also, get $100 off of the Samsung Gear S3 with a new two-year activation ($249.99 after discount) with the purchase of the Galaxy Note8 or the Samsung Galaxy S8/S8+. Additionally, you can save $50 on the Samsung Power Bundle which includes the Wireless Charging Stand, Portable Power Pack and car charger for just $99.99 (was $149.99).

Purchase the Note 8 from Verizon.

Just like Verizon, AT&T will begin accepting pre-orders starting on August 24. Customers can either pay $950 up front or $31.67 a month for 30 months. AT&T also states that the Note 8 will be one of the first phones to work with its “5G’ network.

If you more incentives to buy the handset, AT&T is offering the below with your purchase:

Purchase the Note 8 from AT&T.

Sprint’s current deals can be found below:

Purchase the Note 8 from Sprint.

T-Mobile will be offering the Samsung Galaxy Note 8 for $930 if you want to buy it outright. It is also offering two other ways to break that price up into monthly payments. The first way requires customers to put $210 down and then pay $30 a month for 24 months. The other is through T-Mobile’s Jump! on Demand Program. Although the phone will be $0 down, the monthly payments will jump up to $39 a month.

Purchase the Note 8 from T-Mobile.

Best Buy will be offering the Note 8 on AT&T, Verizon, and Sprint. Additionally, they will be selling the U.S. unlocked model for $930. All variants will be available in Orchid Grey and Midnight Black and will be $75 to $150 off during the pre-order period, starting on August 24.

Purchase the Note 8 from Best Buy.

U.S. Cellular has released the below statement but doesn’t state the handset’s exact price:

The newly announced Xfinity Mobile will also be selling the Galaxy Note 8. The carrier hasn’t announced price or pre-order details, but it has stated that the phone will go on sale on September 15.