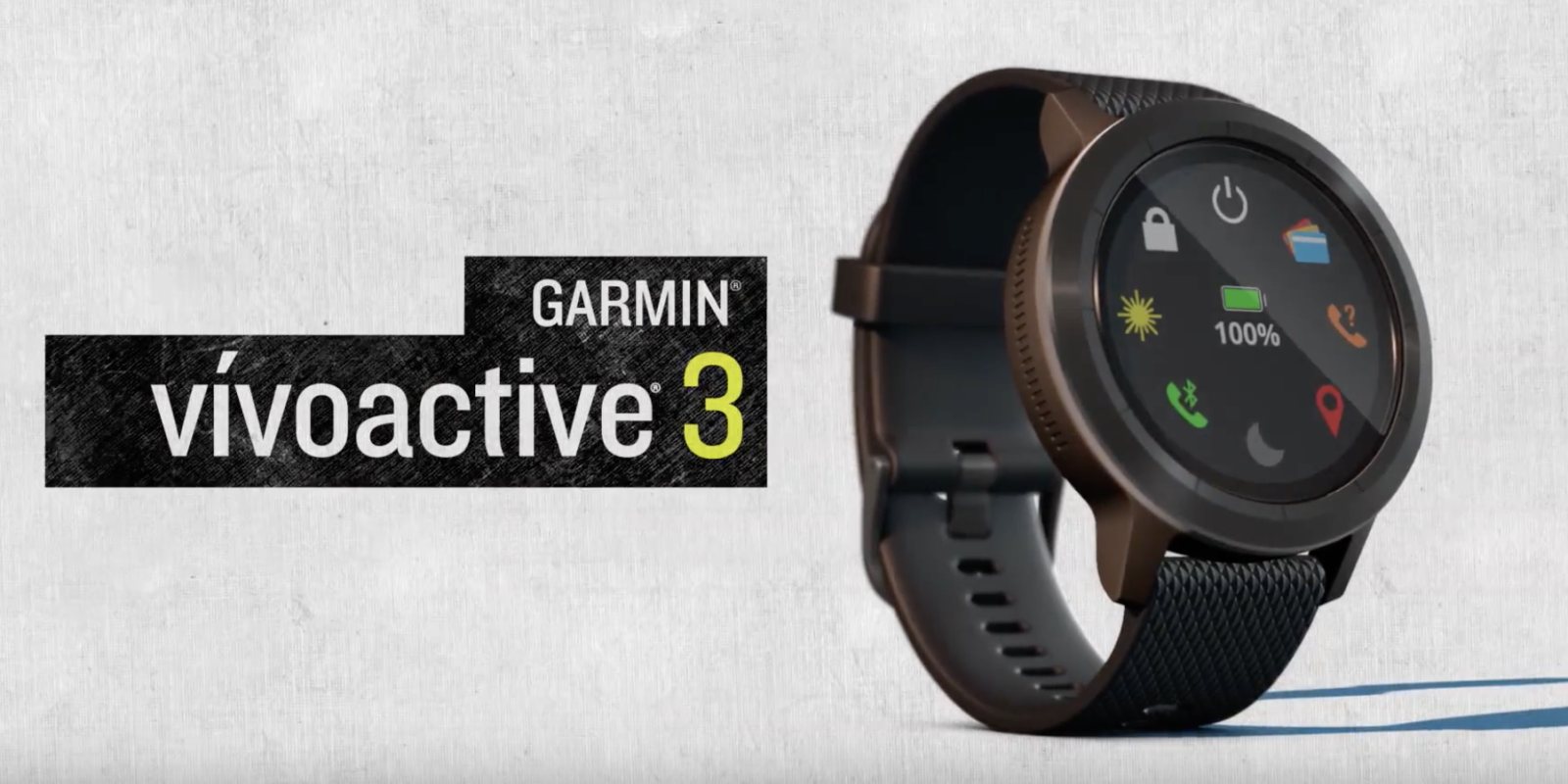 Over the past few days, we’ve gotten announcements for new smartwatches/fitness trackers from both Samsung and Fitbit. The Samsung Gear Sport and Fitbit Ionic are shaping up to be two of the best smartwatches for all of 2017, and the latest wearable announced alongside them is the Garmin Vivoactive 3.

Garmin’s Vivofit and Vivoactive lines of fitness trackers have been around for a few years now to compete against the likes of Fitbit and Misfit, and among everything that Garmin announced at IFA in Berlin, the most interesting product is easily the Vivoactive 3. The Vivoactive 3 features the body of a smartwatch, but this is a device that has a clear focus on fitness. It comes with over 15 activity-tracking modes (walk, run, elliptical, yoga, golf, row, bike, etc.), a heart-rate sensor that can keep tabs on your beats-per-minute and stress levels throughout the day, and water resistance so you don’t have to worry about wearing the gadget while going for a run in the rain.

In addition to all of this, the Vivoactive 3 also features an impressive 7 days of battery life if you aren’t actively using GPS, but turning this on decrease the stamina to around 13 hours before needing to top up again. Garmin’s Chroma display that promises to offer easy visibility even in direct sunlight, a touch-sensitive Side Swipe Interface that allows you to navigate through the UI by simply swiping your finger along the side of the watch, and support for notifications that come in through your connected phone.

However, among everything we’ve already talked about, the real star of the show for the Vivoactive 3 is the addition of Garmin Pay. As you might expect, Garmin Pay is a new payment solution from Garmin that allows you to make payments with the Vivoactive 3 at any NFC terminal at your favorite stores. You’ll be able to connect your debit/credit card from either Visa or MasterCard, and once you’ve got it up and running, you’ll be able to pick up a protein shake or chocolate donut after a long run without having to lug around your wallet or phone with you.

Google first introduced support for NFC payments with the launch of Android Wear 2.0 earlier this year, but only a small number of the watches that have been released since then have actually integrated it. NFC should be a staple feature for any smartwatch in mid-late 2017, and Garmin, Fitbit, and Samsung are all beating Google in this area at the moment.

The Garmin Vivoactive 3 comes in a black/white and black/slate variants, with the former costing $299.99 and the latter increasing to $329.99. Garmin hasn’t made any comment on availability quite yet, and while the presence of NFC payments is really nice to have, Garmin’s going to be facing stiff competition with the recently announced Fitbit Ionic and Samsung Gear Sport when it does eventually get released.