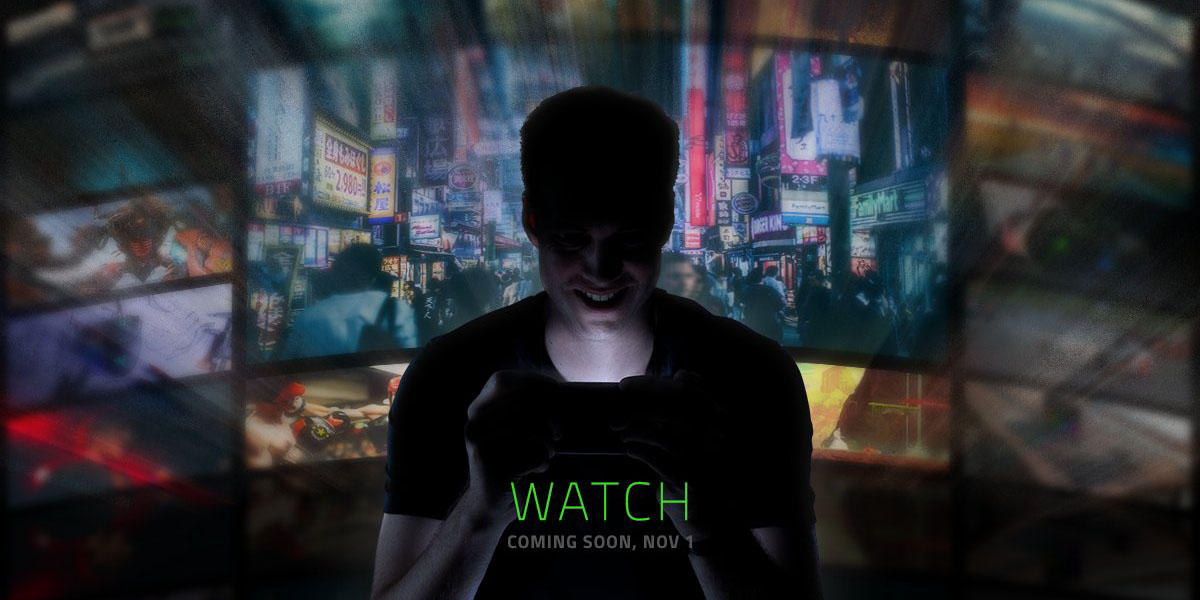 Even before Razer bought out startup smartphone brand Nextbit, speculation has been flying around that the company is working on its own smartphone. Today, the company has published a teaser on its social accounts that point to a smartphone…

A very brief teaser on Razer’s Twitter account today directs attention to an event taking place on November 1st. The teaser image and site don’t reveal anything specific about the device in question, but it sure looks like a phone to me.

Previous reports have said that Razer is working on a phone designed for “hardcore gamers,” and this teaser along with one from Nextbit’s former CEO earlier this month point to that being unveiled at the event. What will it include? That’s a good question. Since it’s Razer, the phone will probably have at least one portion dominated by customizable LEDs, but it could and probably will also integrate with other devices to enable it as a gaming device.

This is purely speculation, but I could easily see Razer taking a note from Sony and finding a way to stream games from a Razer laptop to the phone, but it could just as easily be a standard phone. Also, since the company acquired Nextbit, we’ll probably see some of the unique software features from that phone in this device — if we are actually getting a phone.