The latest version of Google Allo rolled out over the weekend with a mix of new fun and useful features in the works. This latter group includes audio message transcription, replies, and better adaptive icon support. Meanwhile, work on camera filters continues in version 22.

Allo will soon automatically transcribe audio messages sent to you. Transcribed text will appear just underneath the audio player and bar. When rolled out, this feature will likely be turned on for all users, but an “Audio transcription” toggle in Chat settings can disable it.

Google has been testing a reply feature in Allo for several versions now. With version 22, we have finally been able to activate it.

Holding down a message will pop-up a reply icon directly above that message, and not in the toolbar. Replies work a bit like quoted retweets on Twitter that include the original message with your reply underneath it. At the moment, the feature does not appear to carry over expressive stylings like whispering or shouting.

Meanwhile, Google continues work on filters for Allo’s built-in camera. “Toggle zoom effect” has been renamed to “bollywood zooms,” while version 22 adds a new “confused question marks” one. This filter will likely overlay your face with question marks if the new icon is any hint. 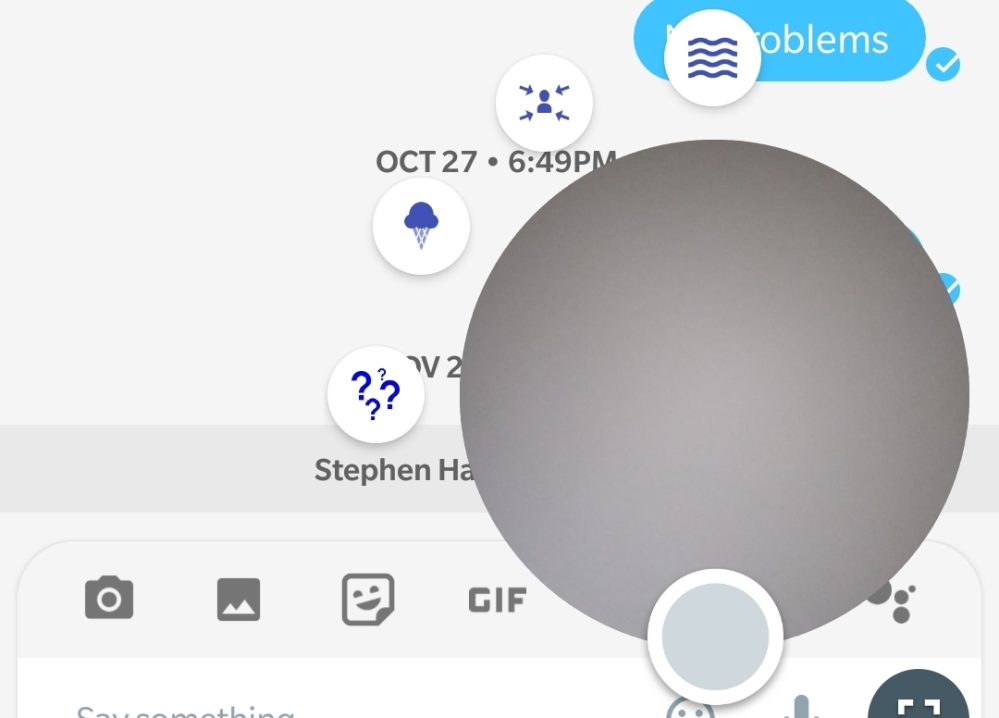 In Android 8.0, Google added Adaptive icons that allows apps to easily display a variety of shapes depending on the launcher. These icons in version 22 are finally no longer just the existing icon placed within a white circle. As seen below, the icons now match the shape, with yellow serving as the background color.