There are literally hundreds of tools in Google Search and you probably don’t know about most of them. Nevertheless, Google is constantly adding more features and changing things up. Over the weekend, it was discovered that Google has a new trick, a comparison tool for device specifications.

Google has been able to give you basic device information in Search for a while, but it’s never had a tool this robust for comparing devices side-by-side. Simply searching something along the lines of “Pixel 2 XL vs iPhone X” or “Galaxy Note 8 vs Galaxy S8” brings up a comparison sheet for those devices with several basic statistics.

Obviously, this isn’t going to pull up every specification for these devices, but it pulls from what’s most important. That includes pricing, screen size, storage capacity, battery life, cameras, and even network compatibility among others.

This works with just about any two smartphones, although the information listed won’t always be correct. General specs are going to be correct, but pricing is often off due to carrier pricing and third-party sellers. For example, the iPhone X, which starts at $999, is listed for $2,000 on this tool. However, some devices also don’t work yet such as the LG V30 which oddly won’t pull up. 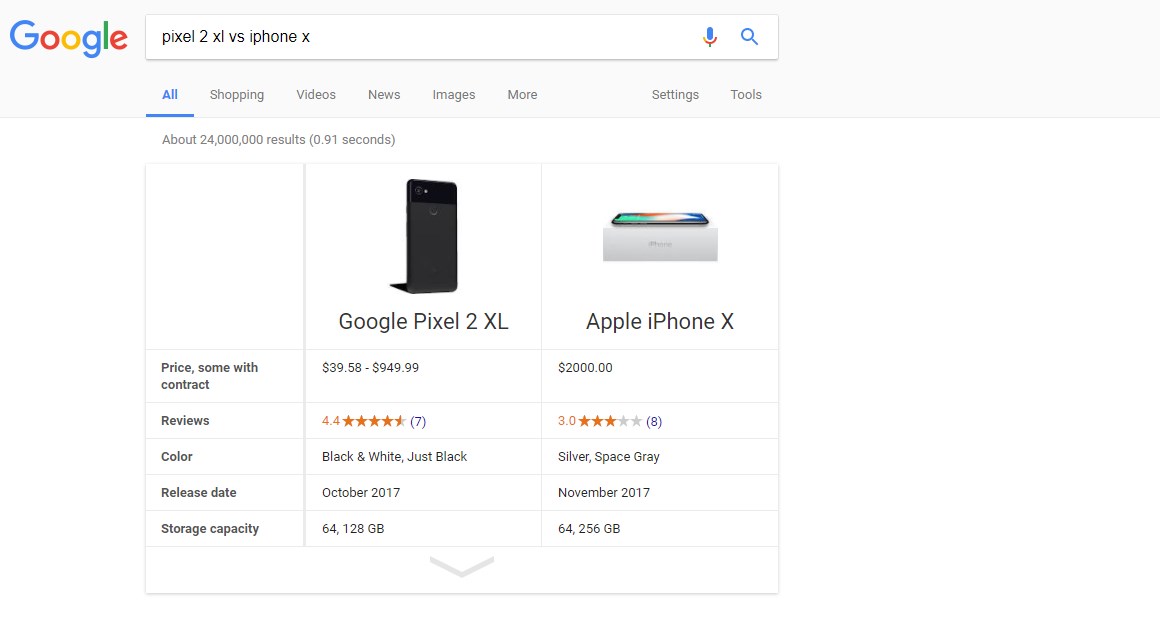