Android Oreo has been available for a couple of months at this point, but adoption of the update has been pretty abysmal so far, with just 0.3% of Android devices rocking Google’s latest and greatest OS. That could soon change, though, as Samsung has a lot of updates coming up.

A freshly leaked list (via AndroidOS.in) seemingly reveals Samsung’s plans for Oreo updates in the coming weeks and months. This hasn’t been confirmed by the company, so take it with a grain of salt, but if it is true, it’s a really solid collection.

First and foremost, the majority of Samsung’s flagships from the past couple of years are included here, as they should be. The Galaxy S8, S8+, and Note 8 are obviously getting Oreo updates, and probably before anything else given the update is already in testing.

In total, 36 devices are supposedly being updated, and that’s a great collection if you ask me. Samsung has sometimes been well known for not keeping their phones and tablets up to date over time, so this is welcome news.

Better yet, the list expands back a couple of years. Included are phones such as the Galaxy S6 and Note 5 from 2015. This is notable because these devices are well outside of the typical 2-year update cycle. 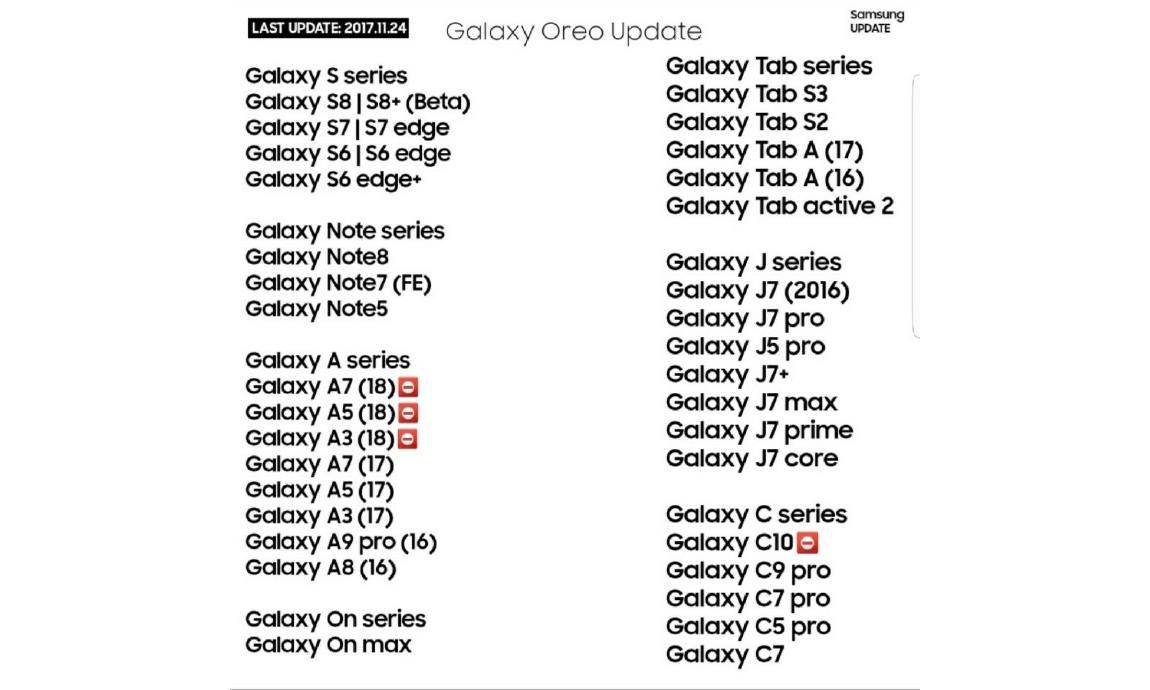