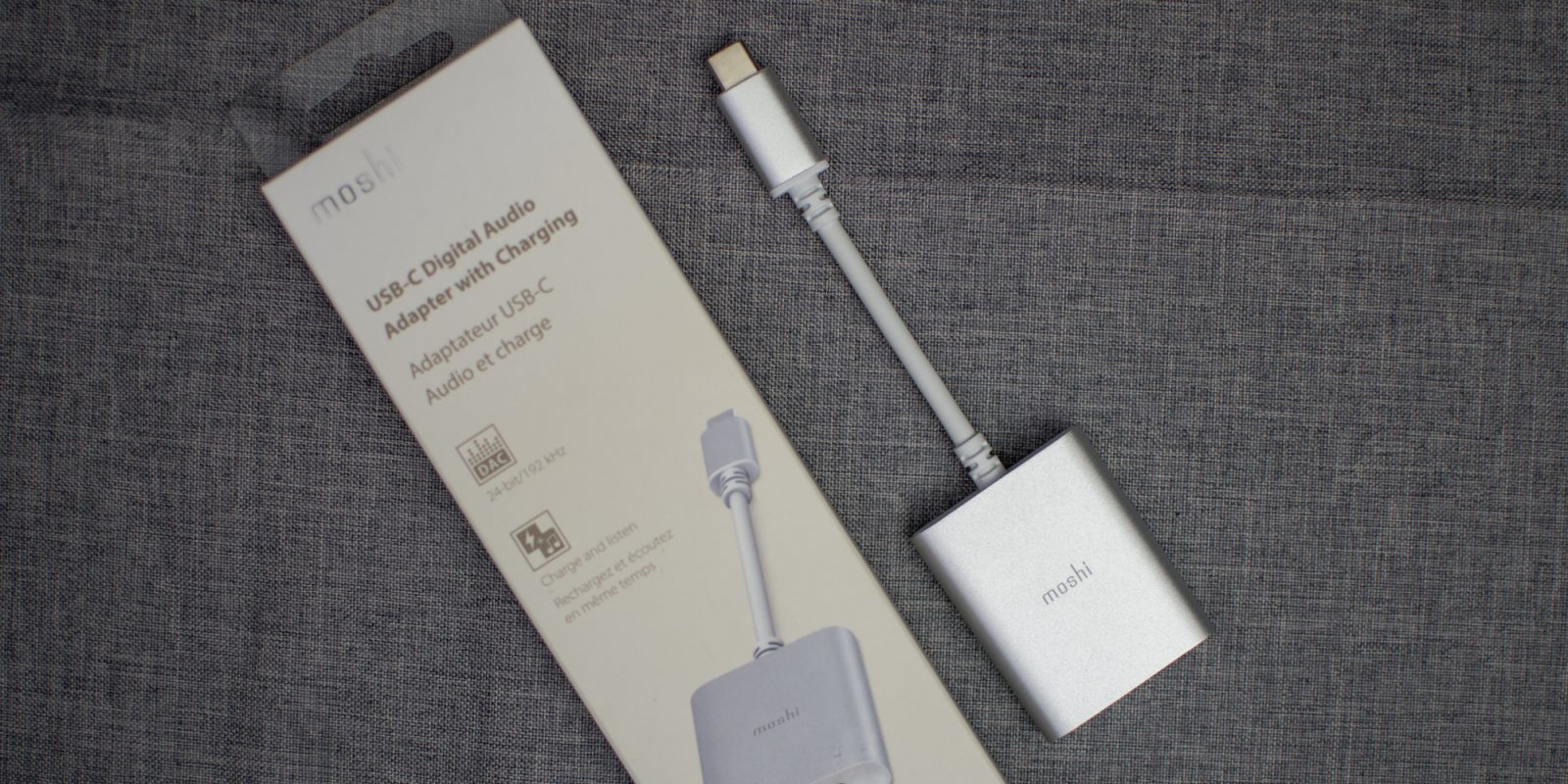 Despite mocking the iPhone last year over the lack of a headphone jack, Google decided to remove the 3.5mm port from its latest flagship smartphones. Because of this, users either have to convert to USB-C or Bluetooth headphones or use the included USB-C to 3.5mm adapter. But what if you want to charge and listen to music at the same time with wired headphones? Moshi has you covered, but it won’t come cheap…

First, we should talk about how significant this dongle is. The simple USB-C to 3.5mm adapter that comes in the Pixel 2’s box is small and doesn’t add much length to your setup when you have headphones plugged in. Moshi’s adapter does the opposite.

Measuring in just over five inches long, this dongle will add a decent amount of length to your wired headphones. The aluminum housed portion that actually encases the USB-C power pass through and 3.5mm headphone jack is roughly the same thickness as one of Apple’s old square iPod shuffles and a bit longer.

So nitpicking about its size aside, Moshi’s adapter does work as well as you would expect for a $45 dongle. It supports power delivery 3.0 fast charging through the USB-C port and has a 24-bit/192kHz audio DAC built in.

While I haven’t personally found a time where I needed to charge my Pixel 2 and listen to audio through wired headphones at the same time, in my testing, I can say Moshi’s adapter works great. I didn’t see a decrease in charging speed and the music I was listening to sounded as good as it can get coming from a smartphone.

Purchase the Moshi USB-C Digital Audio Adapter with Charging from Moshi’s website for $45.