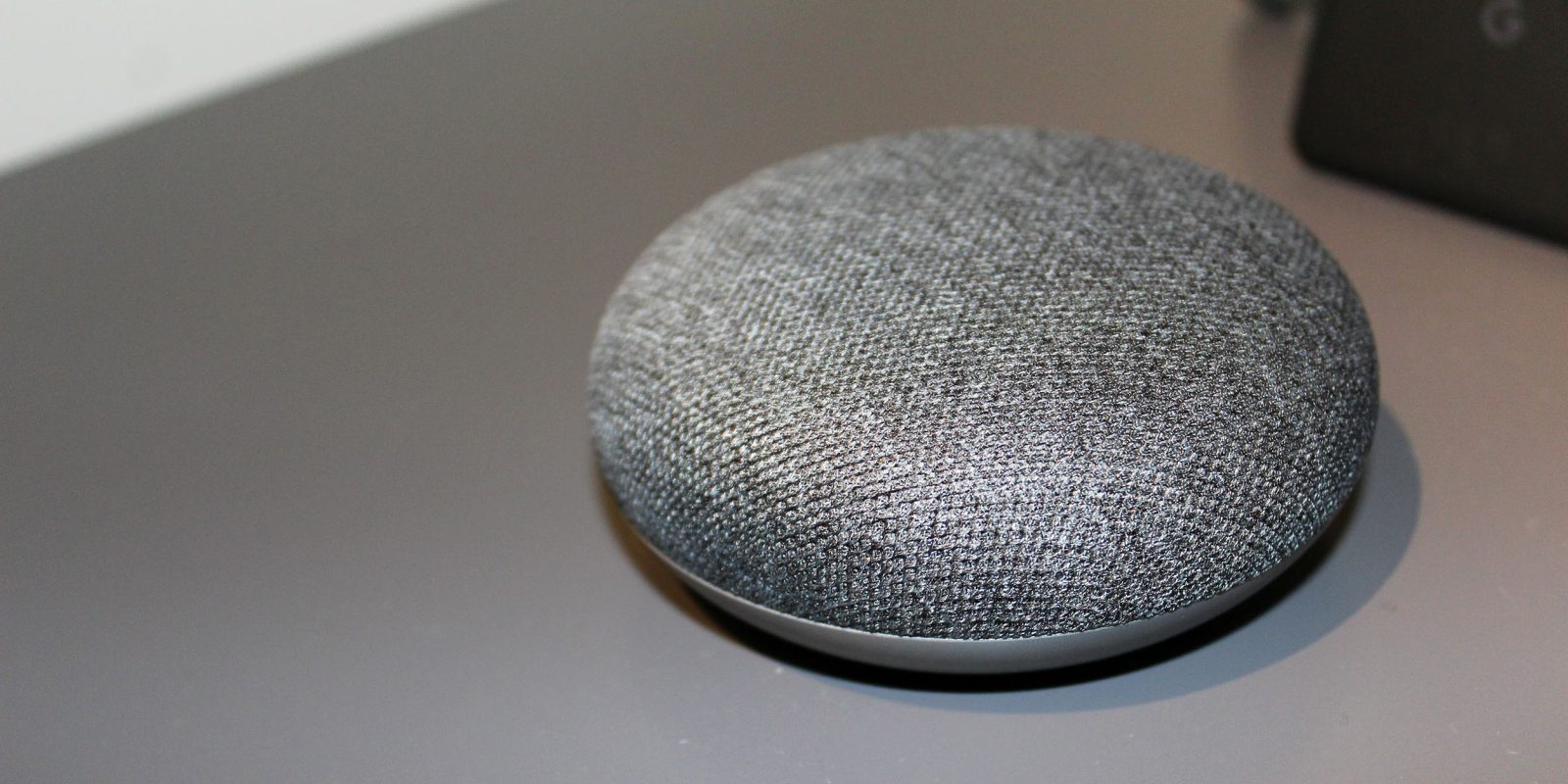 Shortly after the launch of the Google Home Mini, a hardware bug resulted in Google removing the ability to play/pause media. An inconvenience for a speaker, this feature has now returned, but not necessarily in an intuitive manner.

According to The Verge, start/stop controls for media, alarms, and other similar functionality is returning with an upcoming software update.

Originally, tapping the center of the Google Home Mini would have the smart speaker start listening for commands. However, shortly after launch, it surfaced that a hardware defect caused this button to act as if it were continually being pressed. This resulted in constant voice recordings for some that was akin to the device always listening to everything around it.

Google subsequently removed the ability to tap the center of the speaker, with users having to rely on the hotword. However, this gesture also doubled as starting and stopping media and other actions, like alarms.

Since the existing left/right controls for adjusting the volume were not affected by the initial hardware bug, Google is today taking advantage of that for play/pause/ending audio, alarms, phone calls, and more. With the update, long-pressing on the volume buttons will now allow for users to control whatever is playing, including music, news, alarms, phone calls, and more.

The control is returning today for Home Mini speakers enrolled in the beta Preview Program. Afterwards, it will rollout to all devices. This update comes as a job listing today revealed that Google is working on multi-touch controls for future Home speakers.