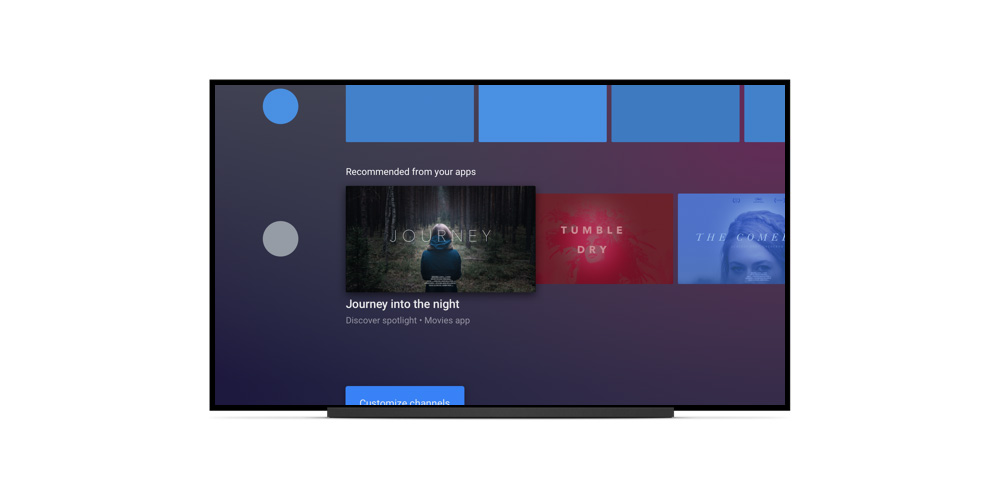 Android TV hasn’t changed much since it launched a few years back, but at Google I/O earlier this year, the company announced a major redesign for the platform. Now, in preparing for that update to expand to more devices, Google is doing away with a core part of the former Android TV homescreen…

Recommendations from various apps on Android TV have shown up at the top of the homescreen since the platform launched, and it’s a very handy feature for sure. Being able to see trending YouTube videos, new episodes available on Hulu, or even new movies available for rent makes sitting down and getting the content going that much faster.

Currently, when an app creates recommendations with the legacy notification based API the content is added to a channel for that app. The channel may already exist if there was recommended content for it when you upgraded from Android N (or below). If the there is no channel for the app, it will be automatically generated for you. In either case, the user can’t add or remove programs from the channel, but they can move, hide, and show the channel. When an app starts to use the new API to add its own channels, the system removes the auto-generated channel and the app takes over control of the display of their content.

Google will be phasing out recommendations in their current form over the next year, and the tools to upgrade to Oreo’s system are already available. In the meantime, apps using legacy recommendations on Android Oreo will have their recommendations placed in a default channel at the bottom of the Android TV homescreen.

Granted, none of this actually matters until someone updates an Android TV aside from the 3-year old Nexus Player…