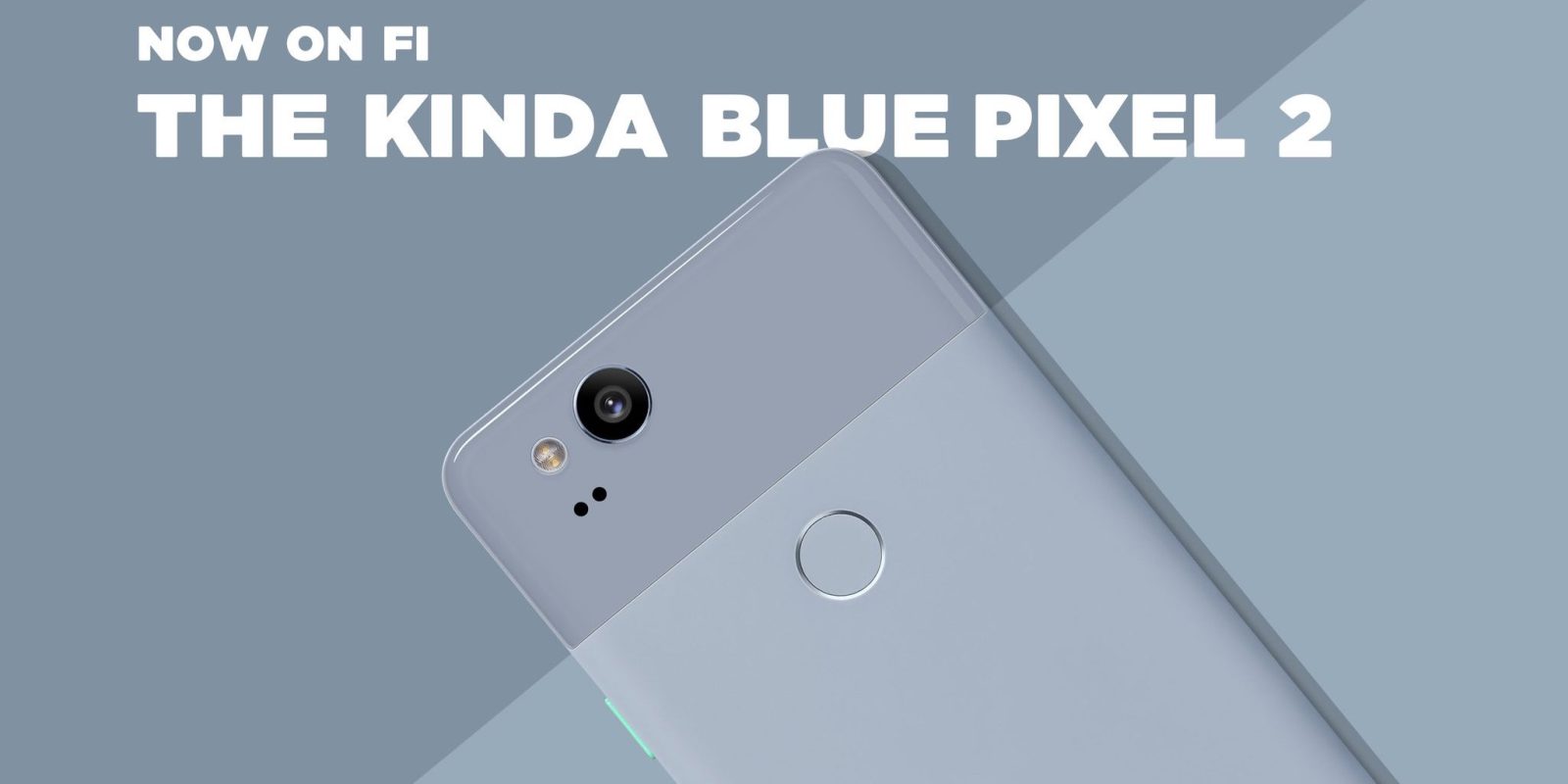 Like with the original Pixel phones, Google last year released a special edition “Kinda Blue” variant that was limited at launch in the U.S. to Verizon. Today, that color is now available as an Unlocked model on the Google Store and through Project Fi.

The Kinda Blue Pixel 2 is only available with 64GB of storage at $649. On the Google Store, under the Carrier option, buyers are now able to select “Unlocked.” Previously, those buying this color from the Google Store could only select Verizon.

It features a soft blue plastic-coated rear that extends to the sides, glass shade, and even fingerprint sensor. The power button also stands out with its bright mint color. Meanwhile, the front face is black, instead of white like last year on the “Really Blue” Pixel and Pixel XL.

The Pixel 2 has a 5-inch 1080p screen powered by a Snapdragon 835 processor with 4GB of RAM. It lacks a 3.5mm headphone jack, but does include stereo front-firing speakers. Other notable features include an Always-on Display, squeezable frame for launching the Google Assistant, and IP67 water and dust resistance.

Meanwhile, the Kinda Blue Pixel 2 is also available from Google’s Project Fi MVNO. In both stores, the devices are available for purchase and will ship out today.