If you’ll recall, back in 2014 Google was handed a ruling by the Court of Justice of the European Union that required the company to listen to takedown requests of URLs to abide by the “right to be forgotten.” After three years, the company has just revealed some numbers on the topic.

In a recent blog post, Google revealed that since it started accepting these requests, the company has received about 654,000 takedown requests from users, with 2.4 million URLs to be removed per those requests. In that same time, around 43% of those have been fulfilled, with associated URLs having been removed from search results.

Google has also created an infographic which gives us a bit of extra insight into what these requests consist of. Apparently, 89% of these requests come from private individuals, with just 11% coming from other sources such as public officials, corporate sources, and the like.

The company has also released a new research paper titled Three Years of the Right to be Forgotten which provides a comprehensive analysis of the topic. You can read that now here. 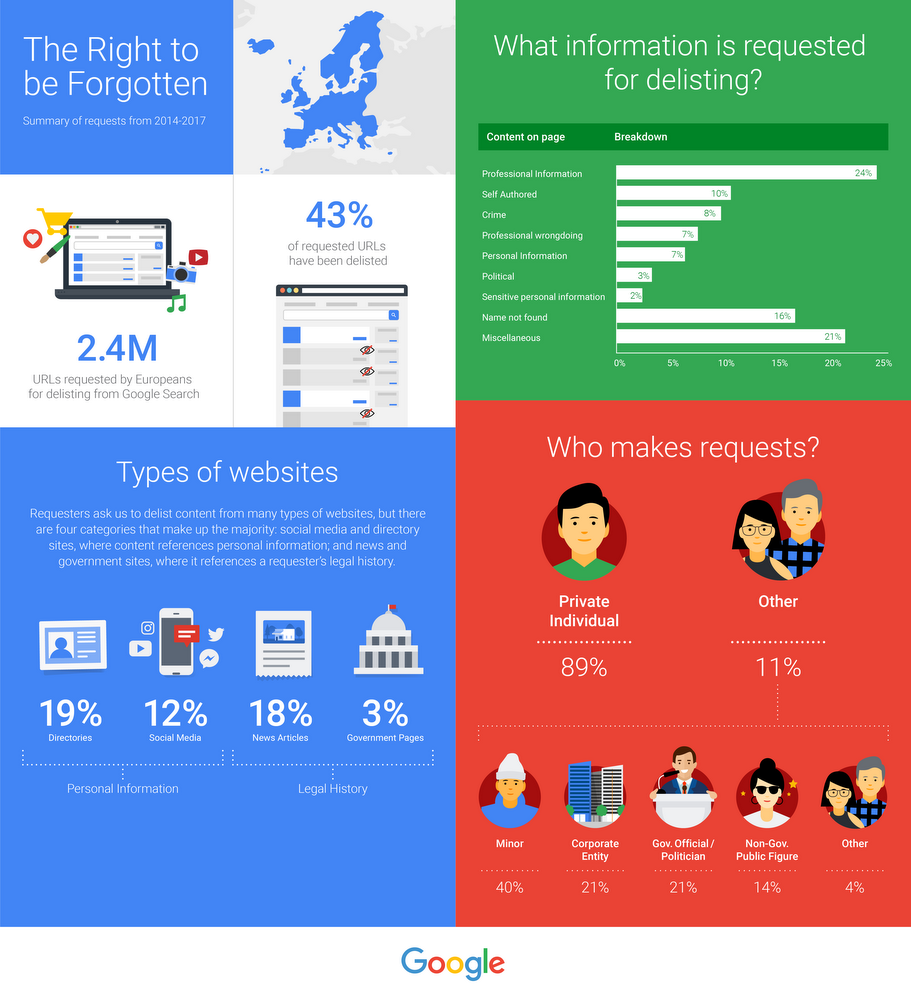