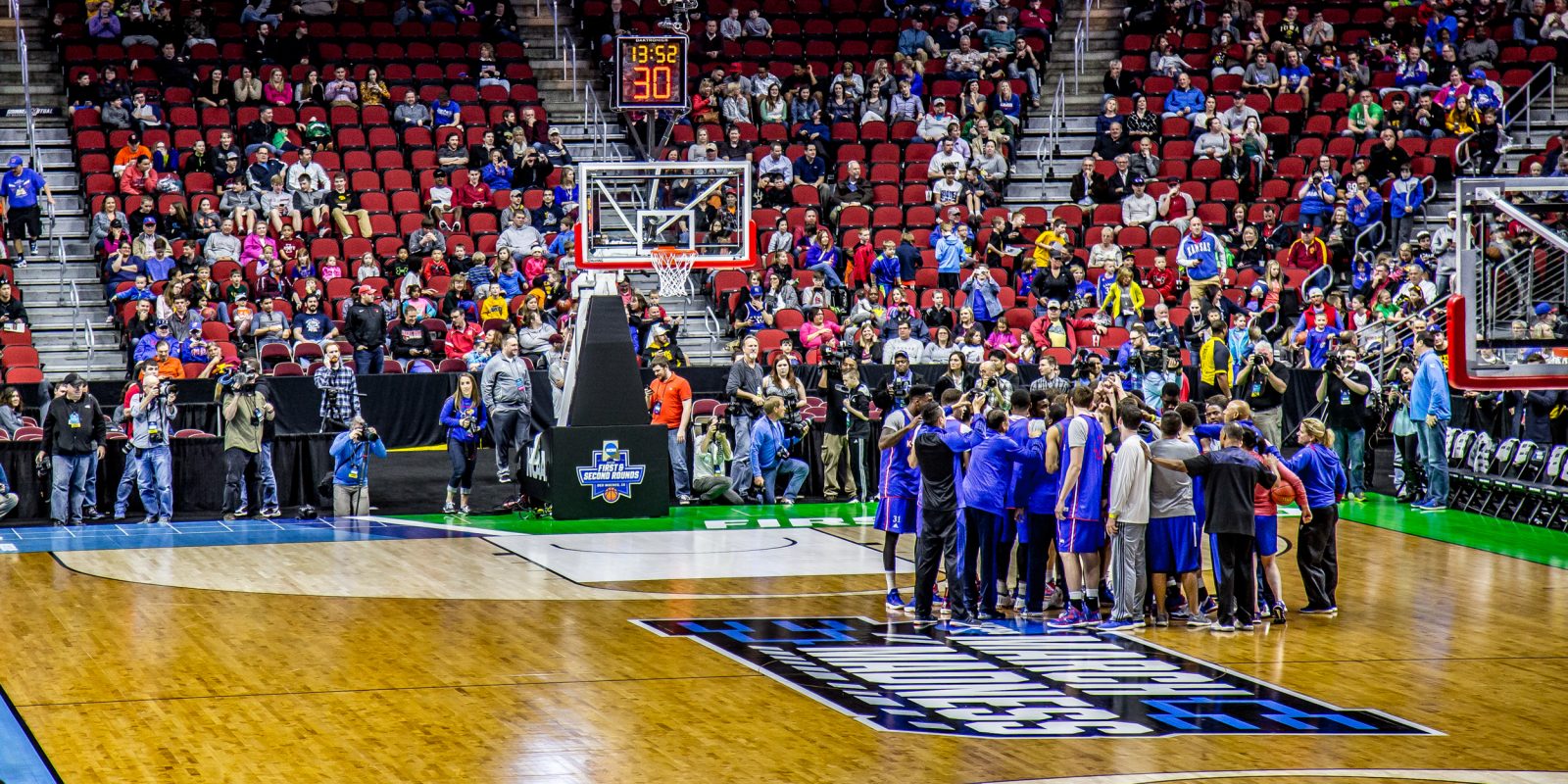 NCAA’s March Madness kicks off tonight (March 13) with LIU-Brooklyn facing off against Radford and St. Bonaventure taking on UCLA. Here’s how to watch the entire tournament live on Android, Chrome OS, Chromecast, Android TV, and more…

March Madness 2018 officially starts tonight at 3:40pm PT / 6:40pm ET from The Alamodome in San Antonio, Texas. The tournament’s broadcast will be split between TBS, TNT, truTV, and CBS and will continue through April 2.

The entire March Madness schedule can be found here. It includes details on what teams are playing, start times, and what TV channel each game will be aired on.

How to stream March Madness 2018 on Android, Chrome OS, Android TV, and Chromecast

For the most part, March Madness is locked down behind a paid TV subscription, while clips and highlights will be available online.

The easiest way to watch every game is to download the NCAA March Madness Live app from the Play Store. Unfortunately, you’re going to need a paid TV subscription login to watch games that are broadcasted by TBS, TNT, or truTV. CBS broadcasts will be free to stream from the app. Online streams for each game can be found here, but you will most likely need a TV login.

You can also download the Watch TNT app, truTV app, or Watch TBS app on your Android device or visit TNT’s, truTV’s, or TBS’s website to livestream the tournament. Just remember that these will only work for you if you have a login for a cable or satellite TV service.

Additionally, you can sign up for CBS All Access for $6 a month to watch the games broadcasted by CBS.

Once you’re signed in and ready to go, all five apps should allow you to cast March Madness 2018 to your Chromecast or cast-enabled television.

Of course, if you don’t want to rely on the any of the apps or online livestreams, you can quickly sign up for a TV streaming service online. Best yet, if you’ve never signed up for any of these services before, they all offer some form of free trials.

If it’s available in your market, you can check out YouTube TV. Just like with other streaming television services, YouTube TV includes a TNT, TBS, truTV, and CBS broadcast. Best yet, if you haven’t tried YouTube TV out for yourself, you can create an account and get seven days free. It’ll set you back $40 a month if you decide not to cancel your account.

Four other TV services that will allow you to watch March Madness include PlayStation Vue, Hulu, Sling TV, and DirecTV Now. Of the three, Sling TV is the cheapest option. For $25 a month, you can access the Sling Blue tier which includes all TBS, TNT, and truTV but not CBS. You would need to sign up for CBS All Access to watch all of the games.

You can check out the March Madness 2018 NCAA website to learn more about what teams are playing, scores, and more.

Additionally, CBSSports has ranked all of the teams taking part in the tournament. You should check that out if you’re planning your own March Madness bracket.