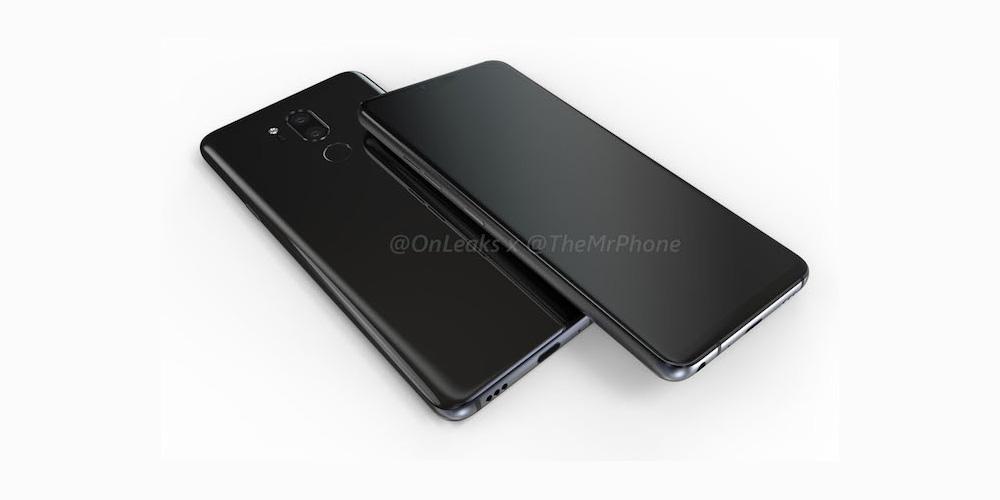 Going into 2018 it was pretty unclear what LG’s plans were for the year as far as smartphones go. Now, after leaking at MWC, rumors and leaks of the coming LG G7 are starting to heat up. This week, we’re getting a new look at the phone courtesy of some fresh renders.

Unlike some previous “leaked renders,” these images come from reputable source OnLeaks, who has partnered with Mr. Phone to deliver a handful of renders of the LG G7 based on manufacturing specifications.

These new renders don’t reveal a whole lot about the phone, but they do confirm some minor details we saw from the “G7 Neo” which was spotted on the floor of MWC 2018. Many will notice right away that there is a notch front and center on this device, containing what appears to be a proximity sensor, camera, and an earpiece.

The phone itself is built from the same metal and glass design we saw with the LG G6, but with some minor alterations. One of the biggest changes is a new button on the right side of the phone. LG has traditionally put the power button on the back of the phone, but it appears this time around it’s going the more traditional route of placing it on the side, with volume buttons flanking it on the opposite side.

Interestingly, there’s a third button on the left as well, but its purpose is unclear. If I had to bet, I’d say it’s for some sort of AI functionality, just like Samsung’s Bixby button.

Other notable things from these renders include the now vertically stacked cameras, LG V30-esque bottom facing speakers, and the headphone jack which LG has retained again.

LG is expected to debut the LG G7 sometime this summer with a powerful spec package in tow. Previous leaks point toward a 6-inch display, possibly OLED, a Snapdragon 845, and dual-16MP cameras on the back. That’s potentially a solid package to compete with the likes of the S9 family.