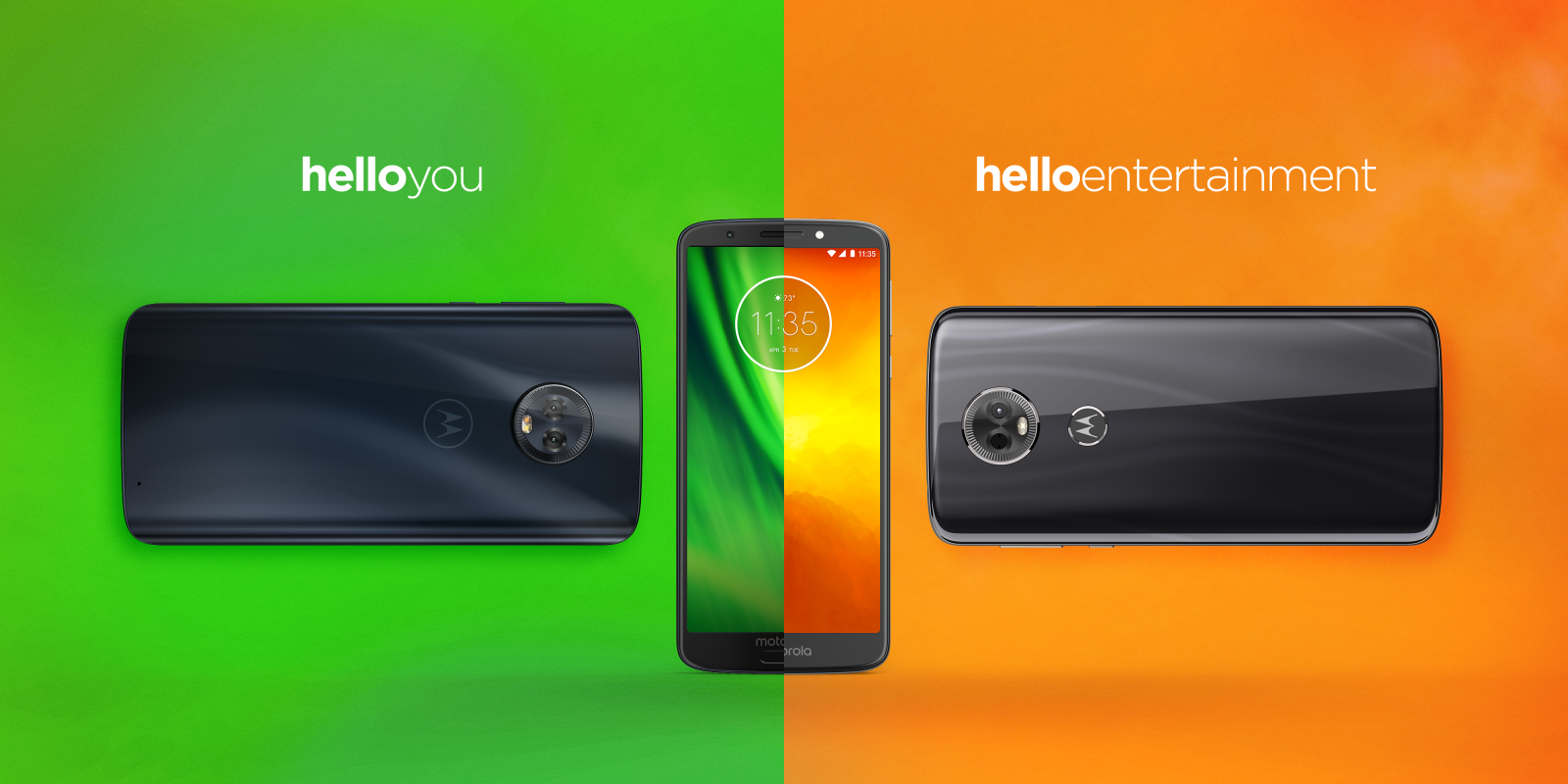 After being throughly leaked, Motorola is kicking off its 2018 lineup with the Moto G6 and Moto E5 family. These low to mid-range devices running Android 8.0 Oreo reveal the company’s design language — including 18:9 displays and curved bodies — for the year ahead.

Design-wise, the devices take heavy inspiration from last year’s Moto X4 with curved Gorilla Glass rears. Again, the G6 Play stoops down to polymer glass and a Snapdragon 427 processor with either 2GB of RAM and 16GB of storage, or 3GB and 16GB. There is a single 13MP camera housed vertically in a circular bump, another carryover from the X4. However, the redeeming aspect of this cheaper device is its 4,000 mAh battery, though charging is over micro-USB.

Both adopt a dual-camera setup with a primary 12MP lens and secondary 5MP RGB for depth, with Motorola touting landmark recognition and other AI smarts. Oddly, the two higher-end devices retain a fingerprint sensor at the bottom of the display underneath a new full “Motorola” logo, while the Play switches to an embedded rear-facing one.

The battery is the big story on these devices with the E5 and E5 Plus featuring large 4,000 and 5,000 mAh batteries, respectively. The Play drops down to a removable 2,800 mAh, though all three unfortunately charge over micro-USB.

Design-wise, all feature a rear-mounted fingerprint sensor that is cleverly embedded into the “batwing” logo. The phones take inspiration from the Moto G6 with curved rears and circular, raised camera stacks, but are made of plastic to cut down on costs.