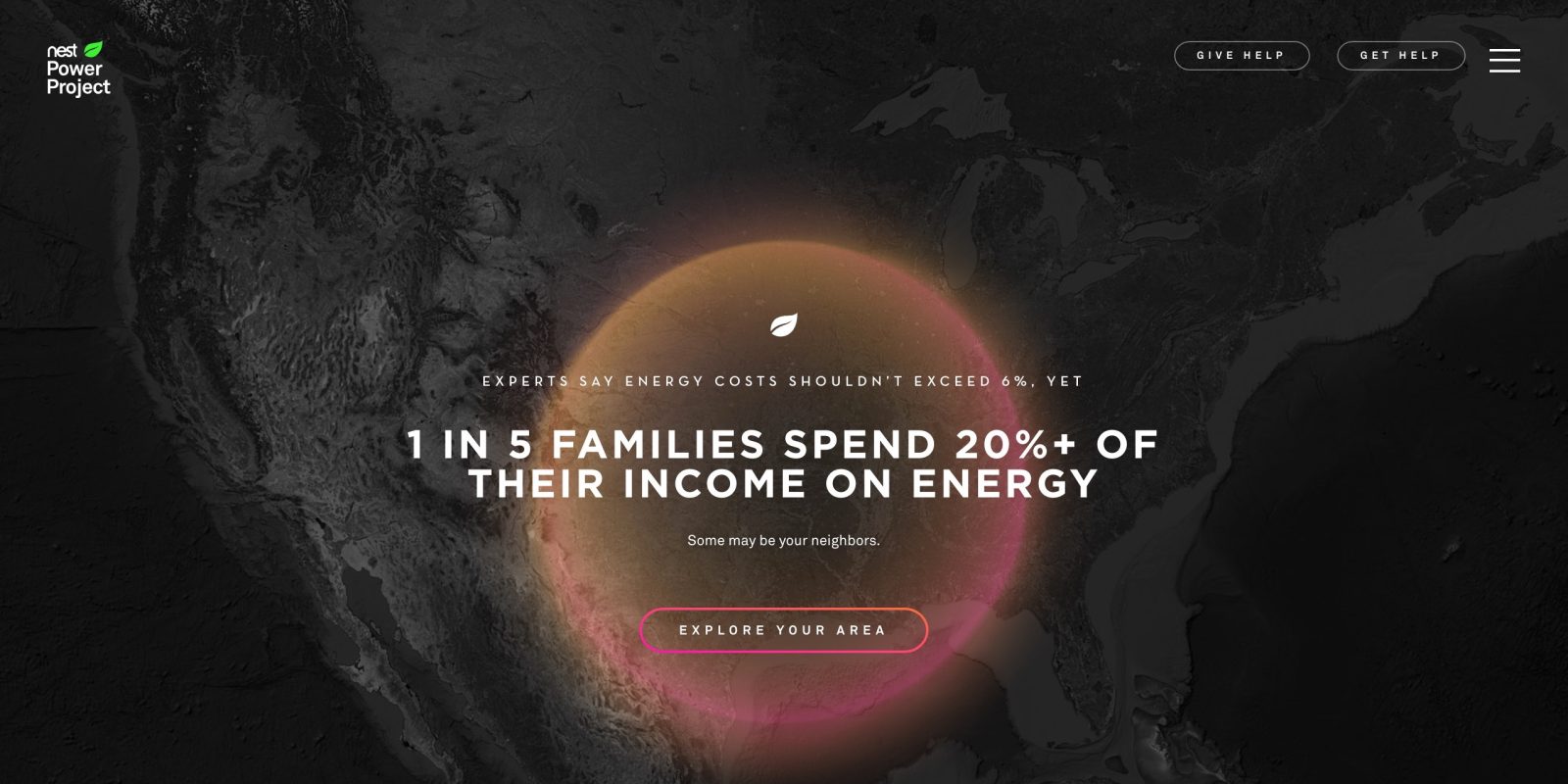 The smart home is often touted as delivering conveniences like automation and remote control. One often overlooked aspect of installing a smart thermostat is power savings, with Nest launching a new Power Project initiative to help low-income Americans with their electric bills.

Ahead of Earth Day this weekend, Nest is announcing an ambitious project to donate one million smart thermostats over the next five years. The soon-to-be Google division highlights how there are vast discrepancies in energy bill costs across American households.

We know the burden of energy costs in America is disproportionately high for those least able to afford it. Families are spending more than 20% of their income on home energy bills – sometimes as much as 50%. And this impacts 22 million children. We’re committed to addressing this issue that affects so many through the Power Project. Because we believe everyone deserves warmth in the winter and lights in the dark.

There are 35 million households that struggle to pay their energy bill, with low-income ones spending three times more of their monthly wages to heat or cool homes than others. This decision to pay the electric bill might involve difficult tradeoffs with rent, food, and healthcare.

Nest’s money-saving solution is installing thermostats in low to moderate-income homes over the next five years and partnering with utility programs, government agencies, and non-profits. Since 2011, Nest touts thar its thermostats have helped customers globally save more than 22 billion kilowatt-hours (kWh) of energy.

Working with Habitat for Humanity, Nest is providing 4,000 Thermostat E units to the long-running organization that builds affordable housing around the globe. New U.S. homes being built this year or those getting refurbished will feature a smart thermostat.

Meanwhile, 10% of the proceeds from Nest thermostats bought between April 16-30 will be donated to the non-profit, up to $500,000. Nest is also working with Fannie Mae to drive down the cost of total homeownership in the same way, while utility partners include Southern California Gas.

Nest created a slick homepage for the Power Project, with a documentary and a tool where you can both find help in your area and give aid to others. Nest is matching donations made through this site by $250,000.