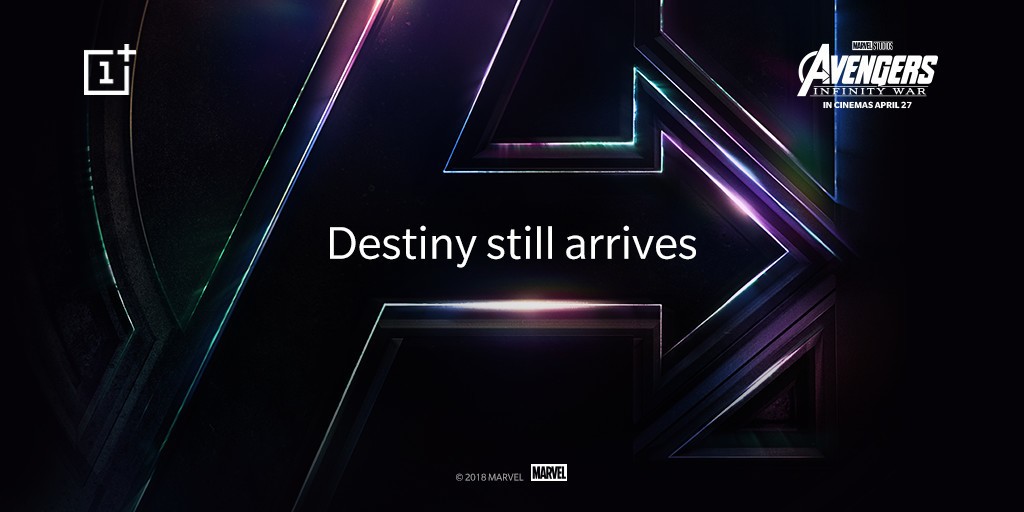 The OnePlus 6 could debut at basically any point now, and to ramp up hype, the company has been putting out teasers and information about the product through various channels. Today, OnePlus has confirmed that it will be releasing a special edition variant of the OnePlus 6 alongside Marvel’s “Avengers: Infinity War.”

Speculation and reports have circulating for a few weeks claiming that this variant was coming, and an official teaser that was briefly published on the company’s Indian Facebook page only sealed the deal. Now, a media note handed to Android Central has officially confirmed that the Marvel deal.

In partnership with Marvel, OnePlus will be debuting a special edition OnePlus 6 variant to celebrate the 10-year anniversary of Marvel Studios and the release of “Avengers: Infinity War.” There were rumors that pointed toward this device releasing in various regions, but the way OnePlus describes it in this note makes it sound like we’ll be looking at an India-only release for this one.

Marvel is one of the most recognized and respected international entertainment brands in the world. The brand’s enduring success and unmatched popularity lies in its epic storytelling with human spirit. With its gigantic library of more than 8,000 characters including some of the most iconic Super Heroes in the world such as Iron Man, Thor, Captain America, The Incredible Hulk and more, Marvel has amassed fans across boundaries and age-groups.

OnePlus’ association with Marvel Studios is a manifestation of the enduring love and support they have garnered from its respective community over the years with a purpose to go beyond the ordinary and achieve groundbreaking innovations in mobile technology only to create the best user experiences.

If you’ll recall, the OnePlus 5T saw an exclusive variant land for “Star Wars: The Last Jedi” last year, and that only went up for sale in India. Odds are, the same is happening here. It’s also unclear at the moment how OnePlus plans to theme the phone for “Infinity War,” but I’d place my bets on a black and gold color scheme with a logo or two.